The Nuggets stunned the Blazers in Game 6 on Thursday night and 9NEWS sports anchor Jacob Tobey thinks he knows why. 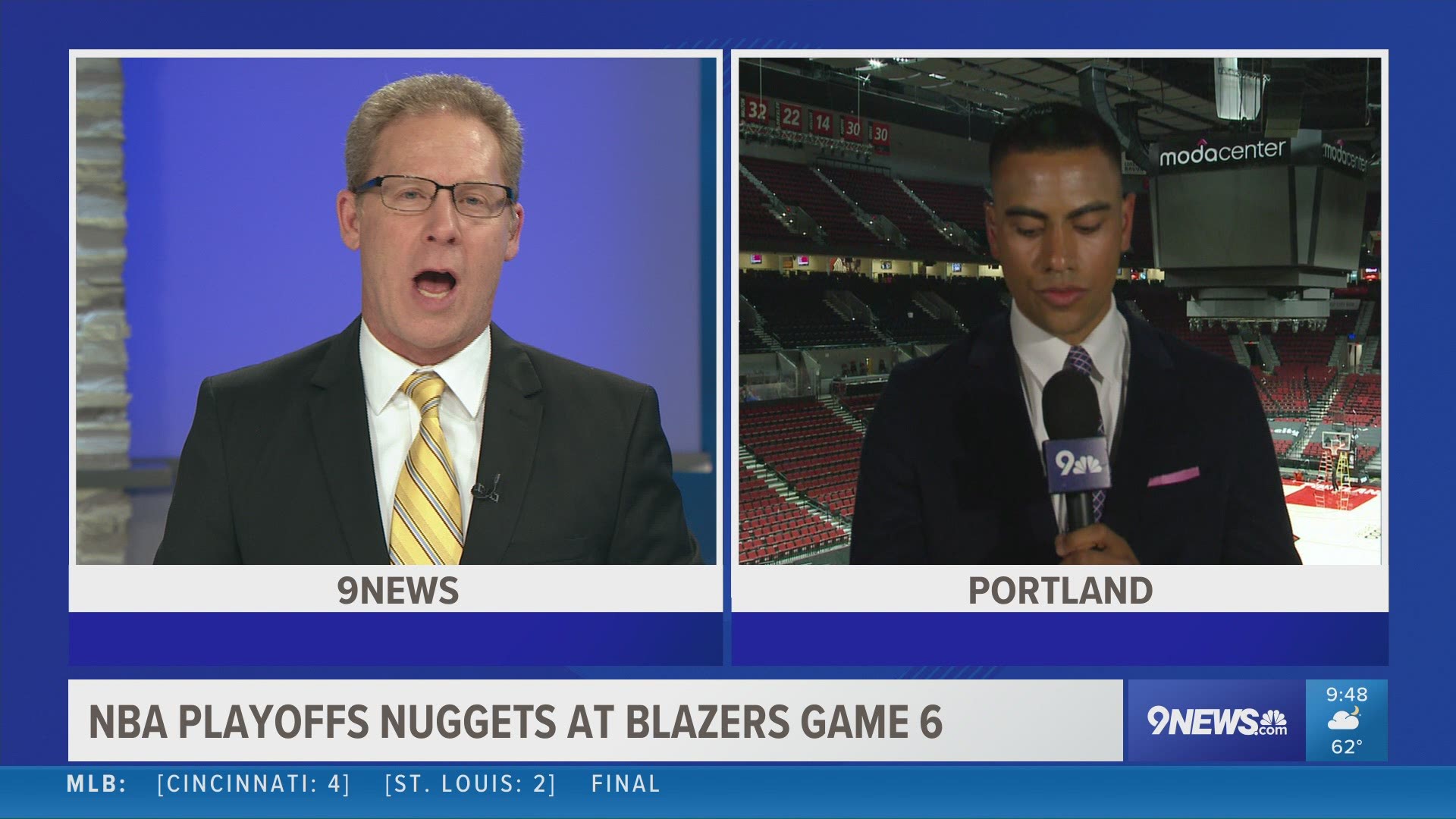 PORTLAND, Ore. — There are a lot of things to be scared about in this world: Damien Lillard in a game seven in Denver (which we have seen before) is one of those things. Lucky for Nuggets nation, that won’t be happening.

To be honest, I thought Portland would win this series. I thought the injuries were too much for the Nuggets to overcome. I thought Dame could carry Portland past Denver: I was wrong. Dame’s 55 points in game five were impressive, but he even said it after the game: it really doesn’t matter because it resulted in a loss. I was sure Lillard was about to drop 55 on the Nuggets in his home building. Turns out Denver’s defense made Dame shoot one-for-six, scoring just five points in the 4th quarter (usually Dame time).

Two players really showed me something in this series: Michael Porter Jr. and Monte Morris. Star players get heavily criticized in this league and it’s how they respond to that criticism that makes for a good story. After games five and six, MPJ is on the good side of that story. He has star-level talent. He took the criticism well and used it as motivation.

Without Porter Jr., this team would have been toast. On Morris, same thing. He was not happy with the way he played during games 1-4. He knew he could be better and he was. He played like a starter in games five and six. Coach Malone trusts him in key moments down the stretch. His nickname is Big Game Tae (pronounced TAY) for a reason.

Seeing growth in the youth that this Nuggets franchise possesses has to feel good. You want to infuse your star vets (Jokic and Murray) with both veterans who have won and young, talented supporting players. Hmm, did I just describe Denver’s next opponent, the Phoenix Suns? You bet I did. This will be an even tougher task but if I had a hunch, I would say the Nuggets will not back down, unless it’s the Joker, who will back down and score on anyone in the post. But you already knew that.

RELATED: More than 200,000 Colorado residents to get DIRECTV refund after settlement