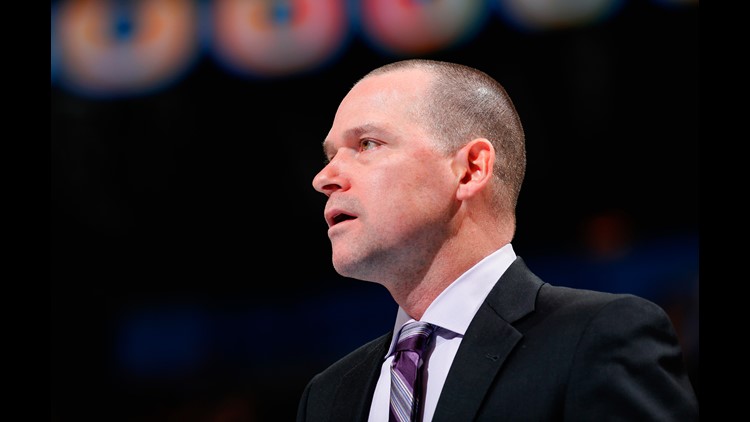 DENVER — On Tuesday, the Denver Nuggets said the organization plans to keep coach Michael Malone after announcing a contract extension.

The announcement comes off of a season where Malone led the Nuggets to a 54-28 record, their second-best overall record in franchise history, the Nuggets organization said. Since Malone took over before the 2015-16 season, the Nuggets improved their win total by 24 wins.

“This season and team has been about continuity, with coach Malone being the first piece of that,” said Josh Kroenke, vice chairman of Kroenke Sports & Entertainment. “We are thrilled to continue to have him lead this promising young roster and are excited about what the future holds. Coach Malone has been pivotal in this organization’s success and will continue to be so.”

In October 2018, the Nuggets had agreed to a contract extension with Malone.

Malone has set a record of 194-163 throughout the 357 games he has coached for the Nuggets. This ranked him fourth in the franchise's history in wins among head coaches, according to the organization.

“None of this would be possible without the hard work, dedication and trust from our players as well as the entire coaching staff," Malone said. "I’d also like to thank the amazing fans in Denver who have helped make Pepsi Center one of the toughest places to play in the NBA once again. I look forward to continuing our ultimate goal of winning NBA Championships.”