"We need to appreciate that respect for life goes across professions, across races, creeds, and I'd like to see LeBron James step up to the plate and double that." 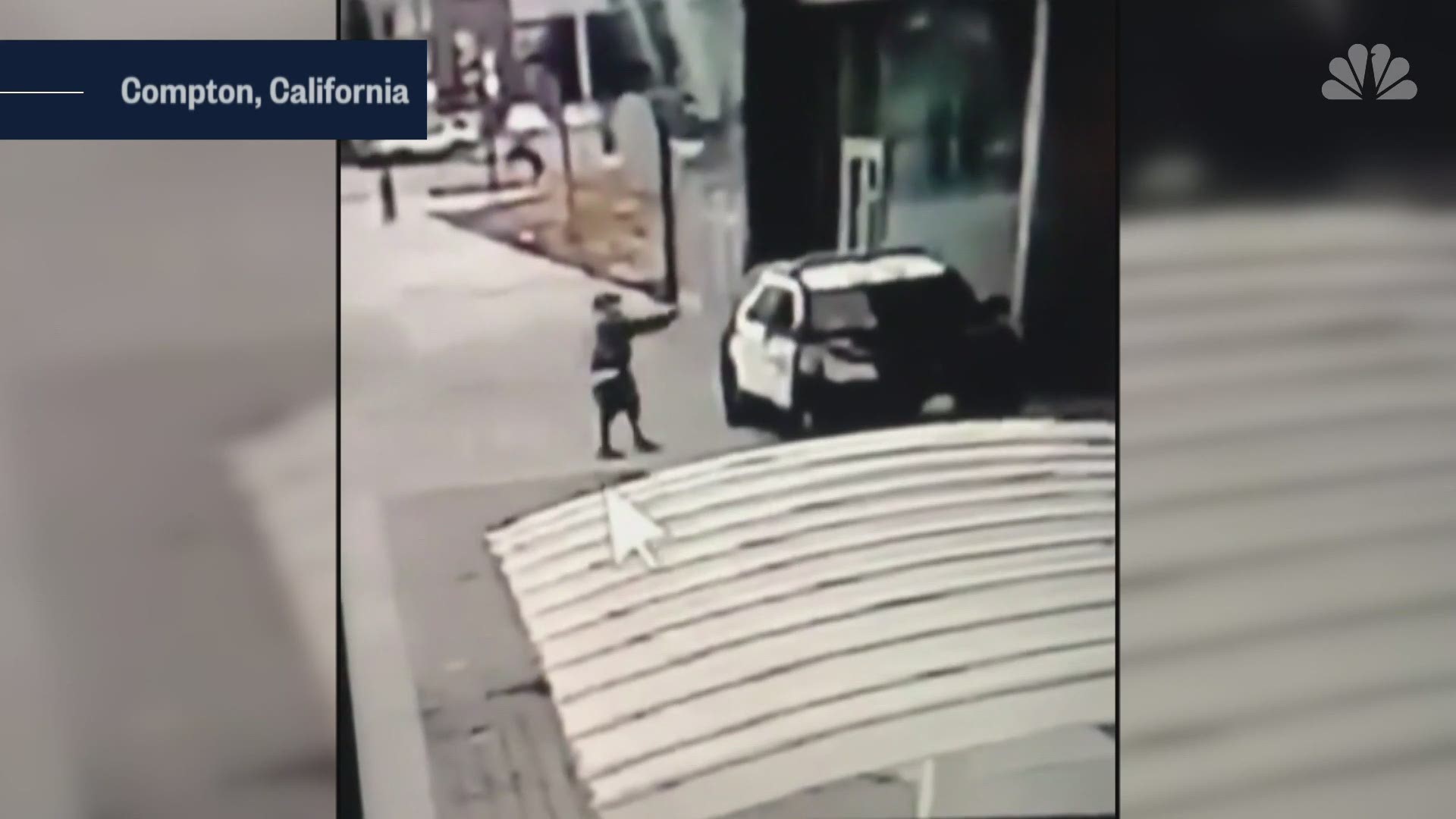 LOS ANGELES — The city of Los Angeles is reeling after two deputies were shot in the head during an ambush in Compton on Saturday night. There is currently a $175,000 reward being offered for information leading to the capture of the suspect.

In a radio interview on Monday, Sheriff Alex Villanueva called on Lakers star LeBron James to match the amount and double the reward offer.

"This challenge is to LeBron James. I want you to match that and double that reward," Villanueva said on KABC's The John Phillips Show. "I know you care about law enforcement. You expressed a very interesting statement about your perspective on race relations and on officer-involved shootings and the impact that it has on the African American community. And I appreciated that. But likewise, we need to appreciate that respect for life goes across professions, across races, creeds, and I'd like to see LeBron James step up to the plate and double that."

James, a native of Akron, continues to be a strong voice for racial justice and has been outspoken in the aftermath of the George Floyd and Jacob Blake shootings this summer.

“It's just, quite frankly, it's just (expletive) up in our community. I know people get tired of hearing me say it, but we are scared as Black people in America. Black men, Black women, Black kids we are terrified,” he said. "If you're sitting here telling me that there was no way to subdue that gentleman, or detain him, or before the firing of guns, then you're sitting here you're lying to not only me, you're lying to every African American, every Black person in the community because we see it over and over and over," James said on the day after the Blake shooting in Wisconsin last month.

The deputies were shot while sitting in their patrol car at a Metro rail station, the sheriff said. Villanueva, whose department has been criticized during recent protests over racial unrest, expressed frustration during his Saturday night briefing over anti-police sentiment as he urged people to pray for the deputies.

“It pisses me off. It dismays me at the same time,” he said.

The department tweeted video of the shooting that shows a person approach the parked patrol car on foot and shoot through the passenger-side window.

“The gunman walked up on the deputies and opened fire without warning or provocation,” the department stated.

An extended version of the video reviewed by the Los Angeles Times shows the shooter running away in the direction he came. He turns a corner out of the frame, past a second figure lingering on the sidewalk, according to the Times. It’s unclear if the second person was involved in the attack. A sheriff’s department spokeswoman declined to comment, citing the ongoing investigation.

Moments after the shooting, the passenger door opens and a deputy stumbles out, hand on head, according to the newspaper. The driver’s-side door opens soon after.

The video sparked a reaction from President Trump who responded on Twitter, “Animals that must be hit hard!”

"This cold-blooded shooting is unconscionable and the perpetrator must be brought to justice," Democratic presidential candidate Joe Biden tweeted. “Violence of any kind is wrong; those who commit it should be caught and punished.”