Despite LeBron James never having played at Ohio State, Nike is still selling a scarlet and gray throwback jersey for 'King James.' 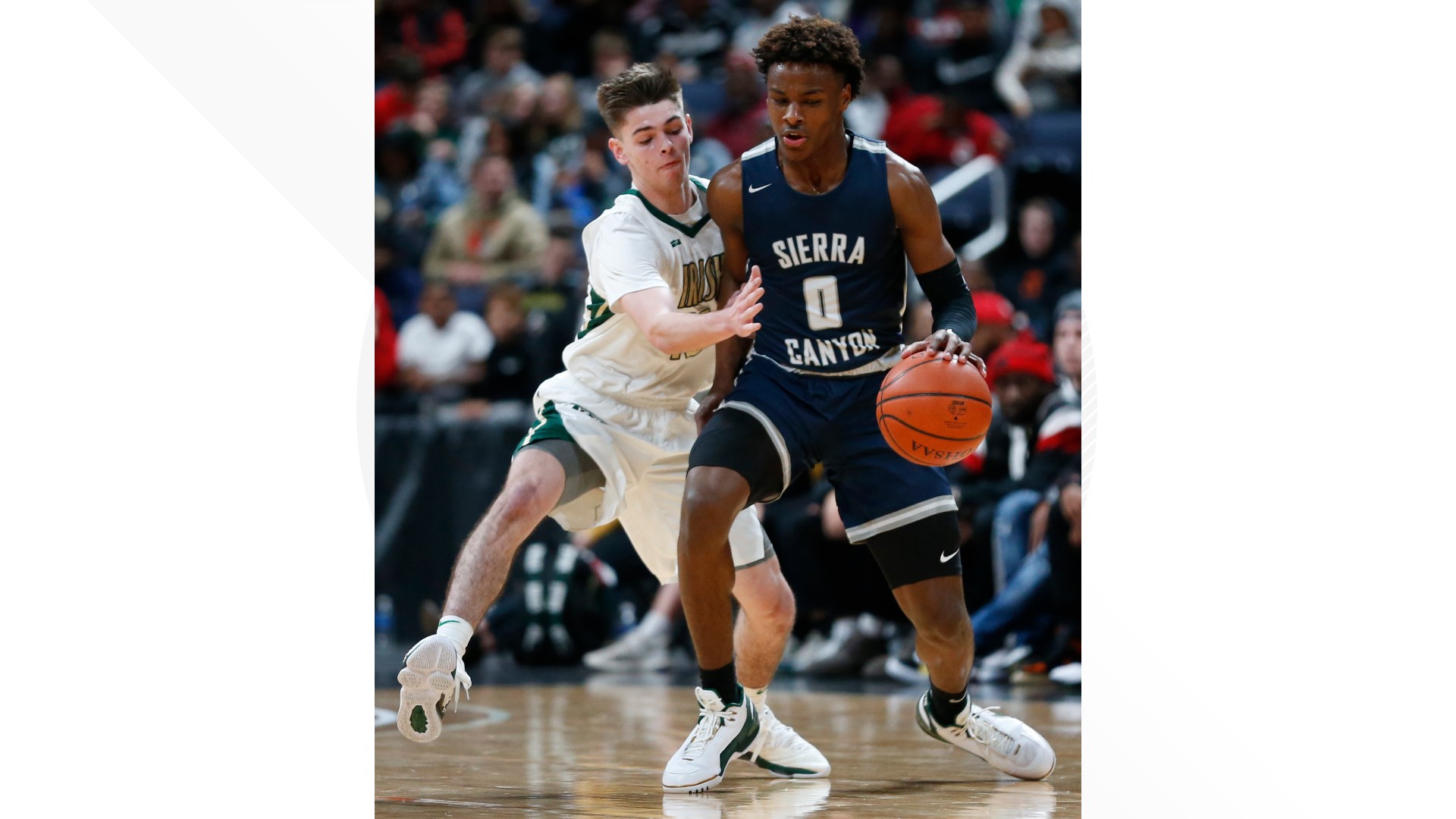 As has been well documented, LeBron James didn't attend college.

But if he did, the 4-time MVP claims he would have gone to Ohio State.

"Absolutely, I wouldn't have gone nowhere else," James said during an appearance on ESPN's College GameDay in Columbus in 2008. "I would have been right here wearing this red and this gray, baby."

But while James says he would have been a Buckeye and has been one of Ohio State's most public supporters and fans, it's again worth noting that he never actually attended the school, opting instead to jump straight to the NBA out of Akron's St. Vincent-St. Mary High School in 2003. Nevertheless, Nike -- which has ties to both James and the Buckeyes -- is now producing a replica James Ohio State basketball jersey, which is available for purchase on Fanatics.com for $119.99.

Credit: AP
FILE - In a Jan. 12, 2015 file photo, NBA basketball player LeBron James stands on the sideline during the second half of the NCAA college football playoff championship between Ohio State and Oregon game, in Arlington, Texas. Ohio State won 42-20. James and several Cleveland teammates plan to attend the Ohio State-Michigan game on Saturday, Nov. 26, 2016, in Columbus, Ohio before they play in Philadelphia that night. James has been on the sideline at Ohio Stadium in the past, but not for a game he said is on his “bucket list.” This year’s matchup between the No. 2 Buckeyes and No. 3 Wolverines has national championship implications.(AP Photo/David J. Phillip, File)

While Nike has expanded its "Alumni" football jersey collection in recent years, the James Ohio State jersey is just one of two basketball jerseys currently available for purchase in the line. The other is a Vince Carter North Carolina jersey, which serves as a nod to the 8-time All-Star's college career in Chapel Hill.

Yet despite James having never actually played for Ohio State, that hasn't stopped the Akron native from proclaiming himself a Buckeye. And it also likely won't stop his new replica jersey from becoming a popular item in Columbus and perhaps all across the country.

RELATED: Cleveland Cavaliers Decade in Review: Where they've been and where they're heading