Arizona's Aari McDonald is small but no longer overlooked

McDonald has been a revelation for much of the country in an impressive two-week run for a program that hadn't even made the tournament since 2005. 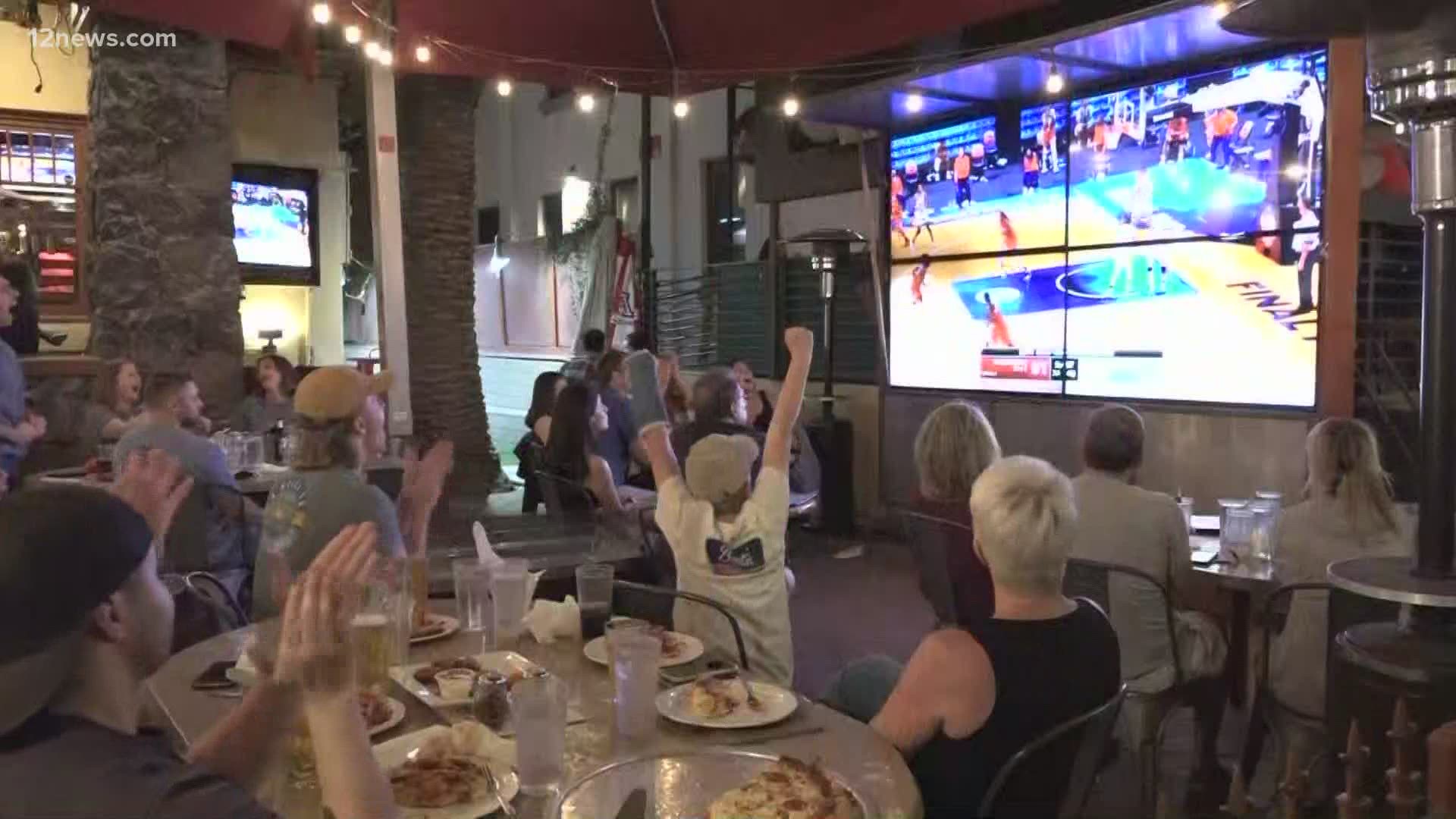 SAN ANTONIO — Arizona's Aari McDonald is used to being overlooked. Now that people are paying attention, she asks they pronounce her name correctly.

For the record, it's Air-ee, not Ahh-ree. She noted that after scoring 26 points in the Wildcats' upset of UConn to reach the women's NCAA Tournament championship for the first time.

Might as well get it right. McDonald has been a revelation for much of the country in an impressive two-week run for a program that hadn't even made the tournament since 2005, and had won just six games the year she arrived on the Arizona campus.

McDonald is just 5-foot-6, standing head-to-shoulder to many of the players she's expected to guard or shoot over. As a recruit coming out of high school, she was a top 100 player but not among those hyped and branded as the "can't miss" prospects.

She's spent her career playing in the Pac-12, a league best known for powerhouse programs at Stanford and Oregon. When the NCAA put together a promotional video for the Final Four, it featured the other three teams, not the Wildcats.

The video was a particular insult that grew the already sizable chip on McDonald's small shoulders.

"We were highly upset. We definitely took it as a sign of disrespect ... For us to be left out, it wasn't cool at all," McDonald said. "Okay, y'all think it's the final three. Okay, we going to show y'all."

And therein lies McDonald's driving force: a determination to win respect for the player and program.

Arizona coach Adia Barnes said McDonald personifies the tenacity and grit she wanted in players when she took over a losing program five years ago. McDonald started her career at Washington, then transferred after her freshman season, sold by Barnes' vision that she could turn the program into a title contender.

"She's not afraid of anything or anybody," Barnes said. "Overlooking her or saying she's too small, which she's been told all her life ... it motivates her. It fuels the fire ... She's hungry. She's got a dog mentality."

A lefty, McDonald displays almost magical elusiveness in driving the lane for layups. A quick release on 3-pointers will surprise unsuspecting opponents from just about anywhere on the court.

In Friday night's national semifinal against UConn, McDonald led a defensive effort that harassed Huskies freshman Paige Bueckers, The Associated Press national player of the year, and held UConn to a season low for points in a 69-59 victory.

"Aari McDonald, I said going into the game, I don't think we've had to play against a guard as good as she is, and she proved it tonight. She just dominated the entire game start to finish," UConn coach Geno Auriemma said. "We pride ourselves on being pretty good at certain things. We had no answer for her."

Stanford won't overlook McDonald on Sunday night. The Cardinal have faced her the last three seasons. McDonald has averaged 30 points over the last three NCAA Tournament games, but averaged just 16 in two losses to Stanford in the regular season.

"She's a jet," VanDerveer said. "And she's got great hands. She's super aggressive. We do know her very well. And she's had a terrific career. I'll be sending her a graduation present."