As lacrosse grows, so does the hope for diversity at the higher levels

DU sophomore and Cherokee Trail graduate Malik Sparrow has seen the growth of his sport in the Denver Metro area. He hopes diversity and equity will soon follow. 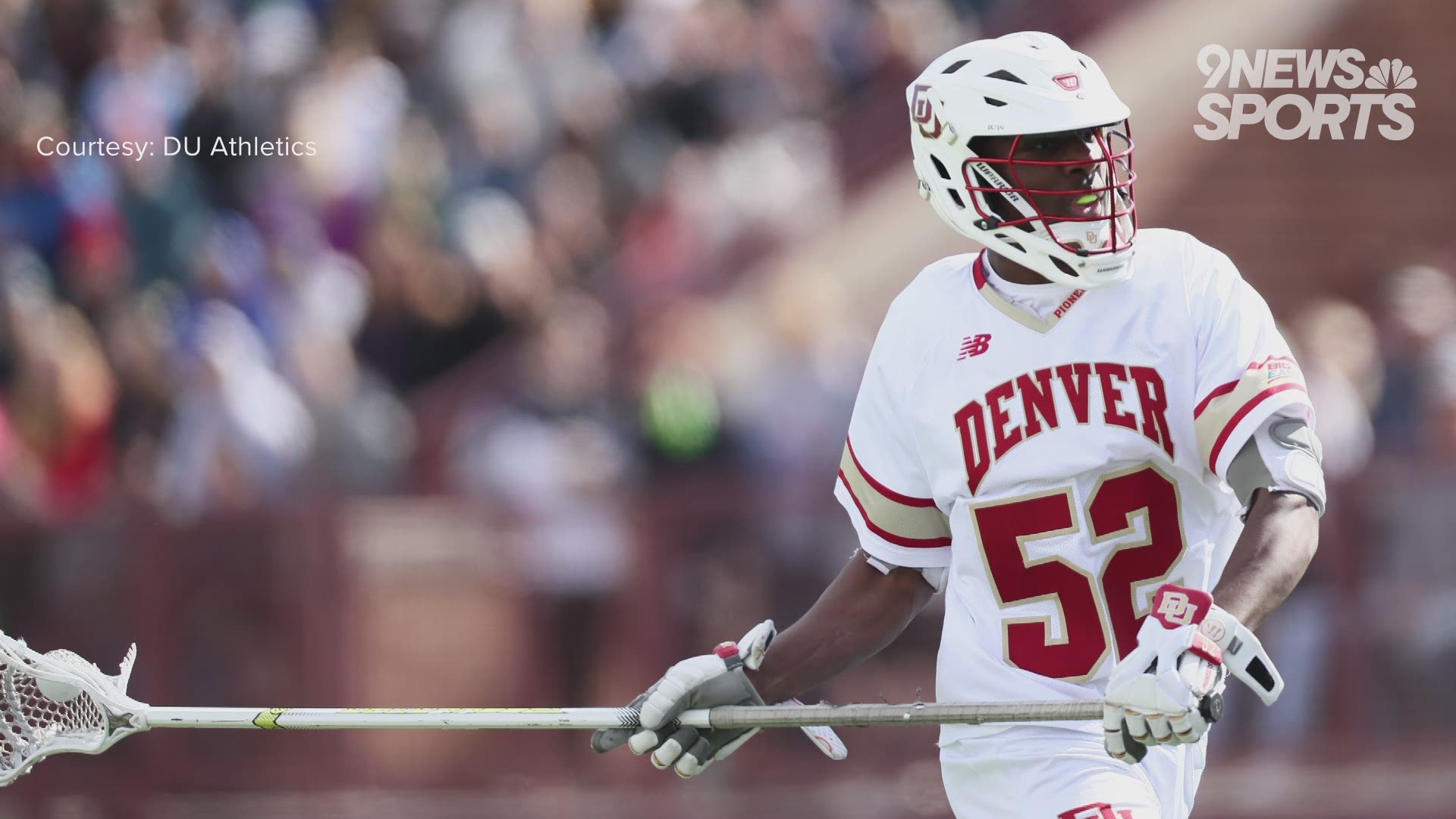 DENVER — He's always been a standout athlete, but Malik Sparrow is just plain used to standing out on his teams.

"I've always been around people who look different than me and it wasn't always something that we would talk about, but it's just something that you always notice when you're the only guy," he said.

Sparrow grew up in Aurora and played most of his youth sports for Cherry Creek. While basketball and football were his two first passions, he eventually discovered lacrosse in middle school, and it became his primary focus. He played for the Cherokee Trail High School team, earning First-Team All Conference honors all three years, as well as the Gold Miners in the Colorado Collegiate Box Lacrosse League.

In 2020, Sparrow joined the Denver Pioneers Men's Lacrosse team, playing all six games before the league shut down due to the coronavirus pandemic. In his first two years on the team, he's been the only black player on the Pios roster -- a pretty typical sight to see.

The NCAA released its diversity numbers for the 2019 season, reporting that only 2.8% of all lacrosse players were black non-Hispanic.

Sparrow believes this is more of a systemic issue, rather than a recruiting issue, due to the exorbitant costs of playing youth lacrosse. Even without travel on certain high-level club teams, lacrosse can often cost families up to $500-$1,000 per player for equipment and team dues.

"When I was growing up, I remember my mom always telling me that this is not a cheap sport, so she would always say that you either will be playing this for real or we can move on to a different sport that is a lot cheaper," he said.

Denver City Lax is an organization that aims to provide opportunities to underserved communities, but even Sparrow says that's not enough to close the equity gap.

"The black players in City Lax, they don't have the same opportunities that I was able to get when I was their age," he said. "You can see these people striving in the sport, but you may not have the money to travel and be as successful as that last person."

The last person to be quite successful in his particular position was one of DU's most decorated lacrosse players: Trevor Baptiste. He was also the sole black player on most of his rosters from 2015-2018, while picking up a Team USA bid, a Big East Defensive Player of the Year nod, and a first-team placement all four years.

"I knew a lot about him like faceoffs and lacrosse, but I never knew any of the experiences that he had before me when I came and what happened to him when he was at the school," Sparrow said.

They shared some similar experiences, like how they both exchanged pleasantries with opponents who have one very important thing in common.

While those players are few and far between, 112 total in the entire NCAA DI to be exact, Sparrow has hope for the future of the sport. Efforts like City Lax and promoting the sport through his and Baptiste's visibility may just be enough to get sticks in the hands of his own community.

"It's not about playing Division I lacrosse at the end of the day," he said. "It's about bringing more awareness of diversity into the sport as a whole."

RELATED: 'The medicine game' is helping one lacrosse player battle through cancer treatment