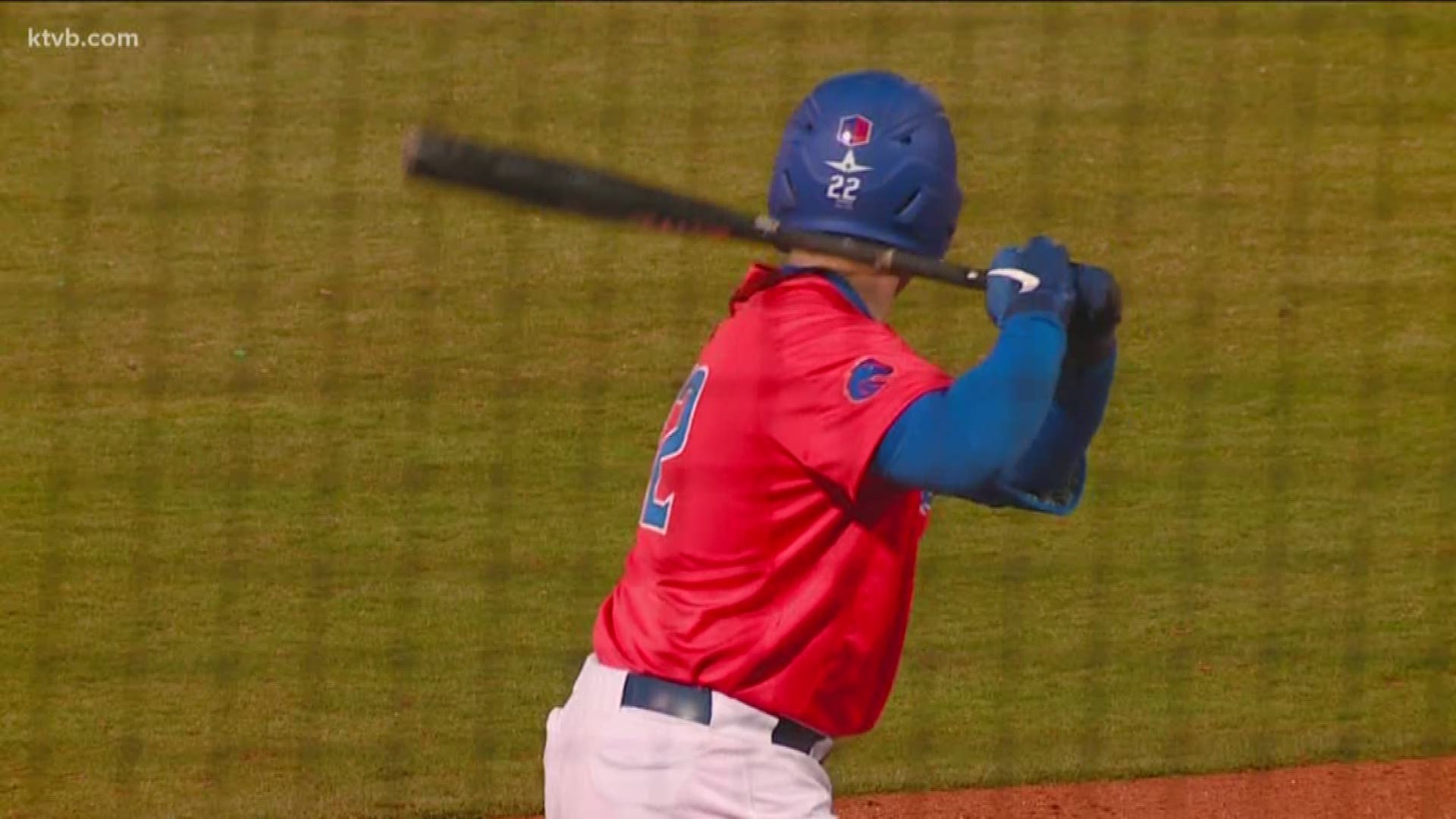 BOISE, Idaho — Boise State will permanently discontinue the school's baseball, swimming and diving programs as part of an effort to save money amid a budget crisis spurred in part by the COVID-19 pandemic.

The decision to cut the sports programs was made by Boise State Athletics and the university administration after an in-depth review of the athletics budget.

"This is one of the hardest decisions athletic departments have to make, but it comes at a time when we are facing the most serious financial challenge we have ever seen,"  Boise State Director of Athletics Curt Apsey said Thursday. "Times like these are difficult for many people and we appreciate everyone who has supported these programs over the years, including our coaches, current and former student-athletes, donors and fans. We take all these measures seriously, knowing that the long-term stability of our department must remain a high priority."

Cutting the sports programs, coupled with other department and program budget reductions, will save the school an estimated $3 million, according to Boise State.

The baseball and swimming programs add up to roughly $2.3 million, Apsey said during a Thursday press conference about the cuts.

“This is so much bigger than two sports,” Apsey said, adding that the decision factored in the athletic department, how the university will handle the fall, and what Idaho is going through economically.

“It’s a tough time for everybody,” Apsey said.

Apsey said school officials have run scenarios if the stadium could only be filled from 25% to 50% capacity, and if capacity was in that range then Boise State could face a $7 to $10 million budget shortfall.

"The best thing we can do right now is to plan for people to be in our stadium, but that's still up in the air," Apsey said.

He said overall impact could vary between $6 to $15 million in a budget shortfall.

See the full video of Apsey answering that question here:

He said 70% of the revenue Boise State generates is what backs the football program.

"We're very very dependent on football," he said. "As well as men's basketball from the ticket standpoint."

Boise State will continue to honor scholarships for baseball, swimming and diving student-athletes - including 2020 signees - and has vowed to provide support to those who wish to transfer. Athletes who transfer will be immediately eligible to compete at their next school, according to NCAA rules.

"Today's decision came after an extensive review and in-depth analysis of the athletics department's budgets and programs by several senior leaders," Boise State President Dr. Marlene Tromp said. "The university had already been working closely with athletics to create a sustainable budget. The pandemic has made a challenging financial situation unsustainable. Ultimately, the reduction of the number of sports in which we compete allows Boise State a better chance of remaining competitive at the highest level and provides a more realistic roadmap to a sustainable future for the University and athletic department."

RELATED: 'The guys are fired up': Boise State's revived baseball team prepares for their first game in 40 years

Apsey also confirmed during the press conference that Boise State won’t be going forward with plans for a ballpark with the elimination of the program.

Watch the full news conference in the video player below: