With a mark of 5.98 meters, Sophie Collins set a personal and school record, as well as the second-longest mark in DII at the time. She also qualified for nationals. 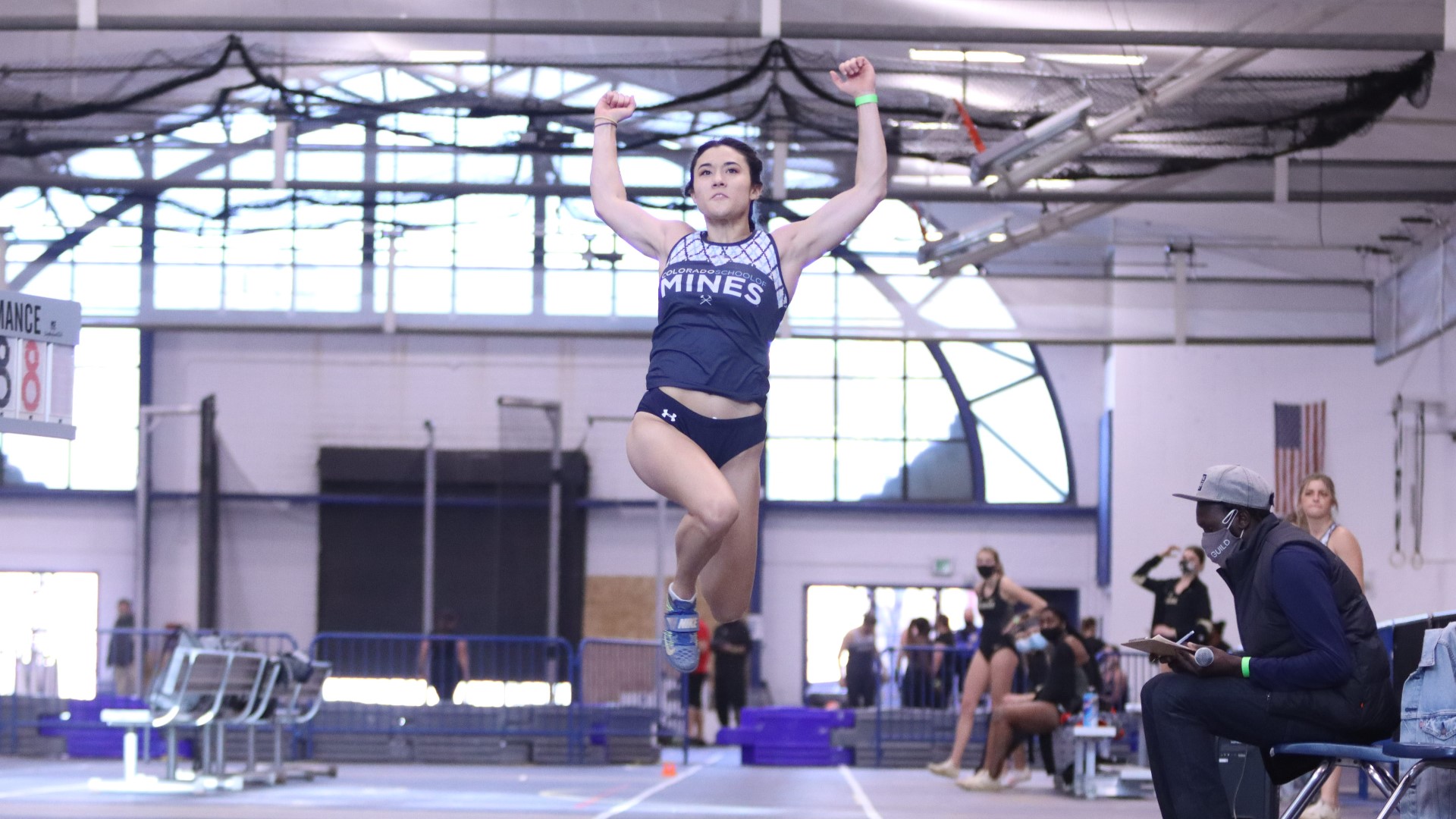 GOLDEN, Colo. — She took a leap of faith.

"I was honestly really surprised when I made a good jump, because I was just doing what I was practicing."

With a mark of 5.98 meters (19-7.5 feet), Colorado School of Mines junior Sophie Collins leapt her way into the record books. The long jump was not only her personal best, beating a previous mark of 5.60 meters (18-4.5), but it also surpassed a school record of 5.97 meters, held by Michelle Rigsby since 2015.

"I was thrilled, honestly. The first thing that came to my mind was that it was a personal record, and then later I found out that it was a school record and that it put me at second in the nation and that just made me even more happy," Collins said. "I just really wanted to get my name up there and make a mark for the track team and set the bar pretty high for the next athletes that are coming in."

Collins literally flexed on the rest of the field, holding her arms above her shoulders and showing off her muscles, as she hit the second-best mark in the entire Division II field at the moment.

"I had no idea! That was something we were working on was just getting my arms up during my jump, so that was what I was focusing on, but I ended up [flexing]," she said, laughing. "When you're jumping, nothing is going through your mind, except 'I just want to go far!' you know?"

The Colorado Springs-native flexes on more than just the field competition. She's on track to graduate in only three years with a computer science degree.

"It's really exciting just seeing even how much the program at Mines has been welcoming to women in the field of computer science," she said. "I think it's great being able to collaborate with other females. They just bring so much more to the table in terms of different perspectives and ideas."

But at the end of the day, she needs somewhere else to clear her mind and just jump.

"Being on a track team while going to school has been such a blessing to me," she said. "Just being an escape from school and a way to keep my body in shape and to interact with my teammates."

Collins qualified for the Division II National Championship with her record-setting mark. It will be the first time she competes at that level, after the national competition was canceled last year due to COVID-19.

RELATED: The explosive history of the DU-Mines rivalry