"As painful as it is for me to admit, California got it right," said Republican State Senator Owen Hill. 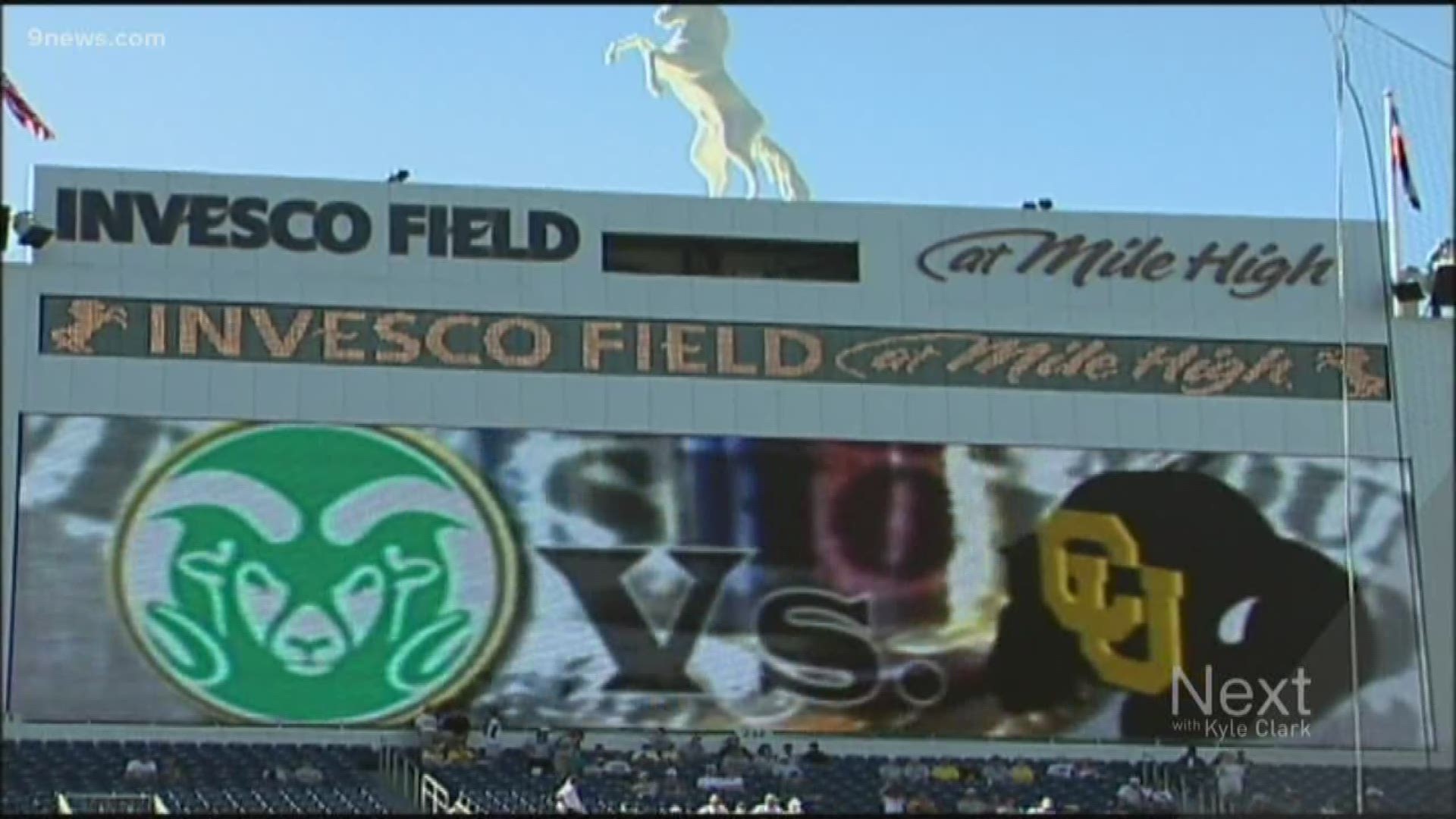 DENVER — No. 15 with the Colorado Buffaloes was only a sophomore in 2003 when his college football career ended.

Why? Because Jeremy Bloom was also an Olympic skier, and the National Collegiate Athletic Association (NCAA) wouldn't let him make money off of endorsements while he played for the University of Colorado Boulder.

"I felt like I was an owned piece of property," said Bloom, the now-retired athlete.

His career turned out all right. Bloom competed in two Olympics, won 11 gold medals and three world championships, and was drafted in the NFL by the Philadelphia Eagles.

But he has always been a champion of allowing college athletes to make money off of their likeness.

"There's nothing amateur about the system anymore," he said. "It's a professional league already. What's unique about this professional league is the people who bring the attention to it and drive the market value don't get paid, and aren't allowed to sign endorsement contracts."

Monday, California Gov. Gavin Newsom signed a law that makes his state the first in the nation to allow college students to sign endorsement deals. It's set to go into effect in 2023.

"As painful as it is for me to admit, California got it right," said Hill.

He plans to introduce legislation next year with fellow State Sen. Jeff Bridges (D-Greenwood Village). Their law would allow any student-athlete to make money through an endorsement.

"This law doesn't compel anyone to do anything," said Hill. "It just says if a player wants to go out and work an endorsement to get sponsored, that they can do that, and if the NCAA tries to prevent them, then enforcement of that violates Colorado's law."

The NCAA issued a statement in opposition of California's law. "As more states consider their own specific legislation related to this topic, it is clear that a patchwork of different laws from different states will make unattainable the goal of providing a fair and level playing field for 1,100 campuses and nearly half a million student-athletes nationwide," it said.

But Bloom believes "fair" went out the window when everyone else started making money while he was playing college football.

"All the innate human ability that I worked so hard to accomplish was taken from me by a nameless faceless organization in Indianapolis, and I never felt like that was right," he said.

While players can't currently earn money, coaching college football is a lucrative business. CU's head football coach, Mel Tucker, is Colorado's highest-paid state employee. Tucker earned $2.4 million this year as part of a five-year deal that will give him $14.75 million.

The university's former coach is earning $2.95 million this year to not coach the team, as CU continues to pay off his contract.

RELATED: How does CU Boulder pay a new football coach, plus the one they fired?