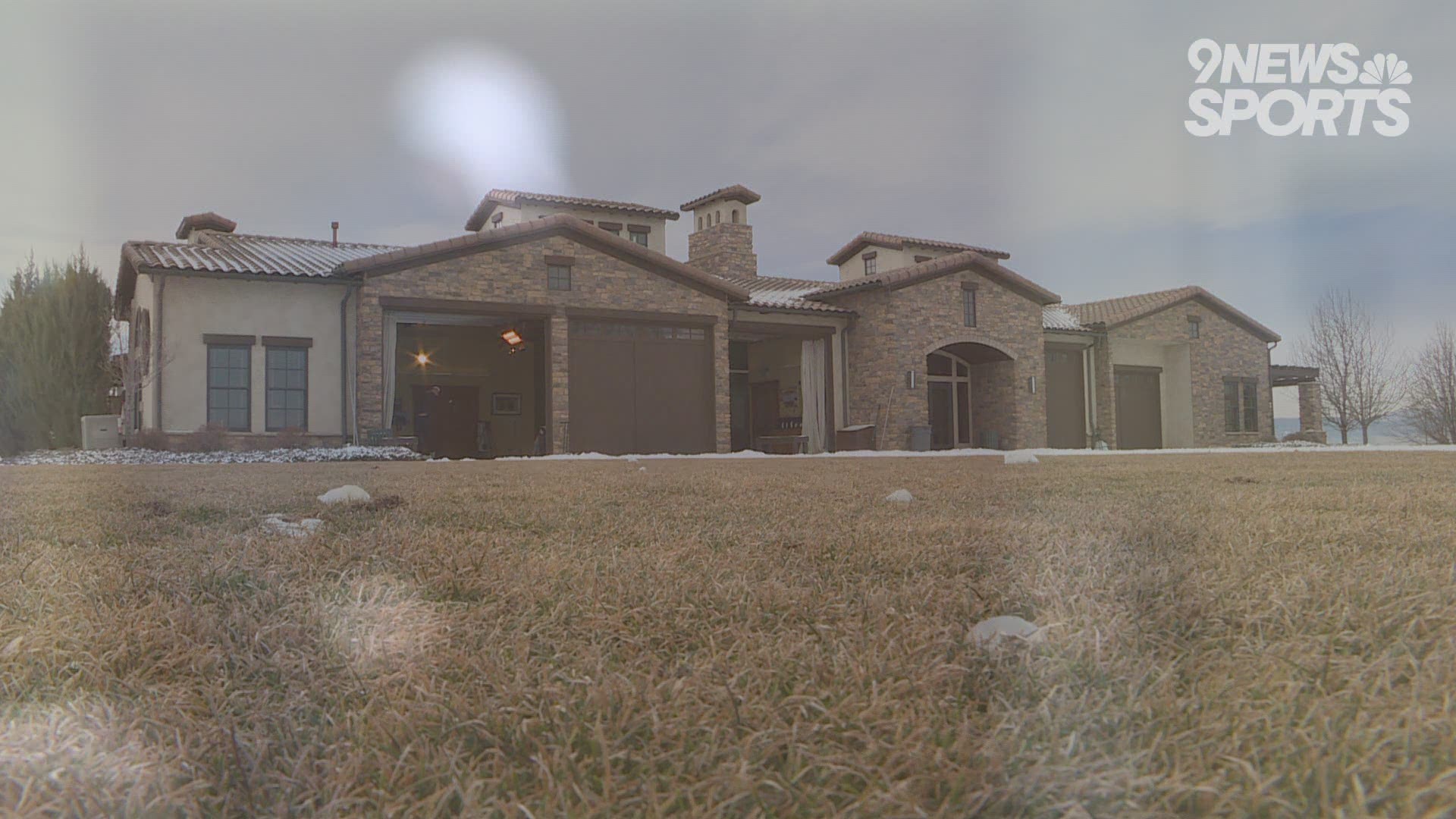 FORT COLLINS, Colo. — What started as a prize in a competition is now a privilege for one member of the Colorado State Rams men's golf team.

"Maybe it's just because I'm the oldest. It was always kind of fun with the competition of trying to get the bag and everything, but I feel like this is almost better because now there's no competition for it," AJ Ott said.

In its first year, the team gave the special veteran bag to the golfer with the lowest score in each tournament. Due to COVID-19, the team decided against changing its owner each week and instead gave it to the team's only fifth-year senior, Fort Collins-native AJ Ott.

"I hope I can represent it with honor and with pride," he said.

Honor is the operative word for Ott.

The senior is honoring Sergeant Charles W. Williamson III with his name sewn onto his golf bag.

The Sergeant First Class Williamson served 17 years active duty and is now working with veterans to prevent suicide. A biography about Williamson written by his daughter, a CSU student, describes his mission further.

"Since 2017 I have been volunteering with the Safari Club International Humanitarian Program (SCIHop) and River Deep Alliance. We work with Veterans and their families, our main goal is to help reduce the statistic of 22 veterans committing suicide every day. I am the lead, point person for the SCIHop and River Deep Vet-to-Vet Mentor Program," the biography says.

Williamson earned more than 20 awards, badges, ribbons and medals during his decorated military career and held every position on a tank including loader, driver, gunner and tank commander. He was also a Platoon Sergeant and heavily involved in recruiting.

Ott notes he uses the golf bag -- and Sergeant Williamson -- as a reminder to stay humble.

"It's so easy with sports to get wrapped up in yourself and to be focused on you and be selfish, but every time you want to get discouraged or get mad or get excited with how you're playing, I think you can just look down at the bag and realize that there are things that are so much more important, and I think that's what this bag represents," Ott said.

The golf bag also promotes visibility, despite its camouflage exterior.

"I think I'll really enjoy the conversations with kids from (other) schools and them asking about it, because people always do. That's kind of the cool thing, to spread the word, and then they'll be like, 'our school should do that too,' and I think the camo is kind of a cool thing too. I think it also represents the military. I think it's going to be really cool to associate this person with CSU," Ott said.

"You know, the name on that bag means more than the name of our school, or even myself, I think. There's so many people who risk their lives for us and it's easy to take for granted, but this kind of helps us remember that," Ott said.