CU redshirt sophomore Dani Hansen transferred from Washington to be closer to her hometown of Broomfield and to start in net for the Buffs. 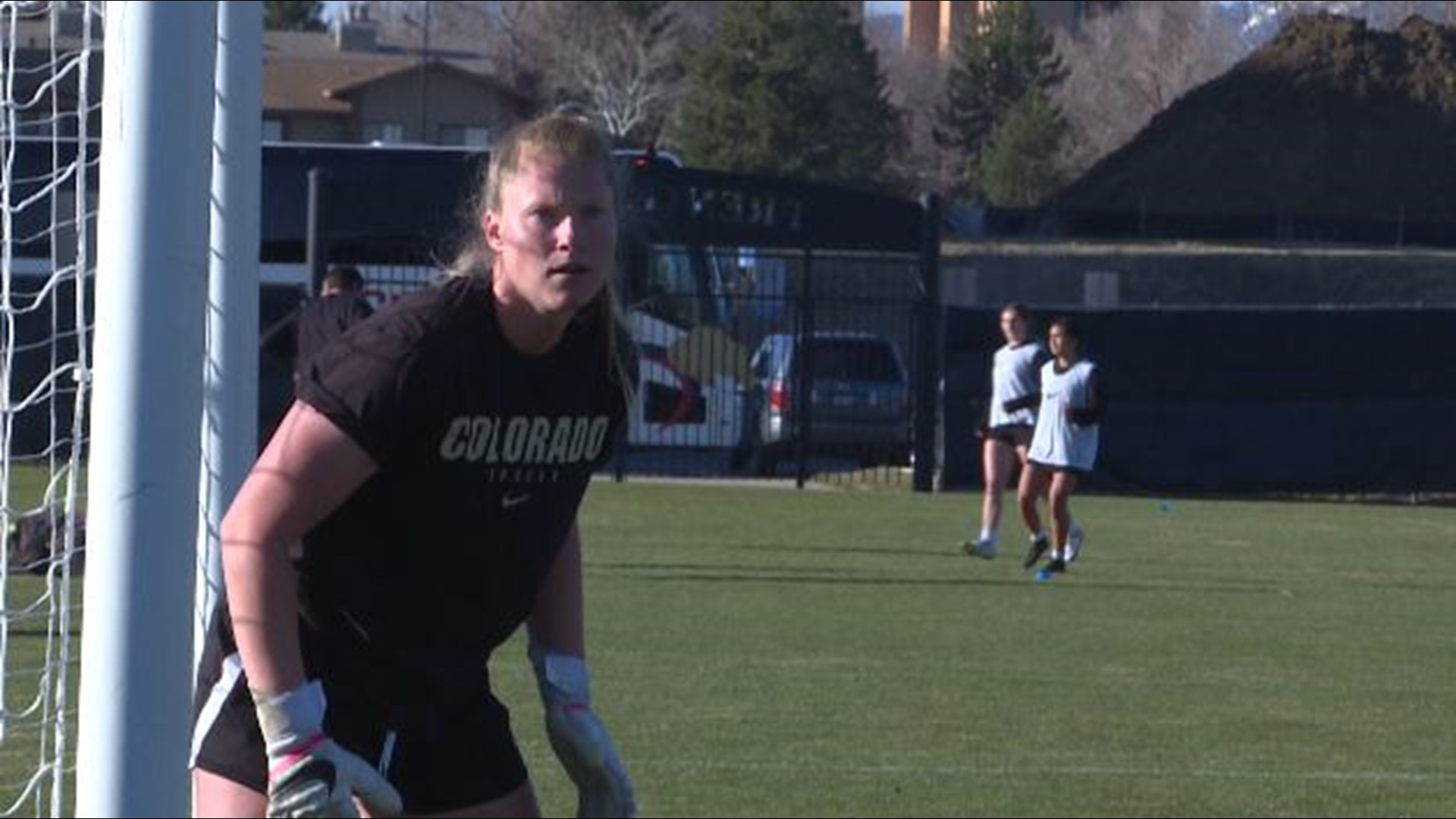 BOULDER, Colo. — Sometimes, it takes leaving a place to know what you've had all along. CU redshirt sophomore Dani Hansen is learning that lesson, after returning home to Colorado.

"She was a player we highly recruited coming out of high school, but at the time, I think she wanted to go away," CU Women's Soccer Head Coach Danny Sanchez said.

After spending two seasons in net for the Washington Huskies, Hansen chose a change of scenery in a familiar landscape only miles away from her home in Broomfield.

"I was very excited to come back here and play in front of hometown people. It was incredible here. I loved the atmosphere here and the scenery, you can't beat it anywhere else in the nation," she said.

Hansen played one season of high school soccer for the Monarch Coyotes, before her club team Real Colorado turned into a developmental academy. The rules prohibit players from playing with any other club.

"When you look at someone like Dani, to be able to play in front of her family and friends, it's special," Sanchez said. "I think that does add a little extra focus to what you're doing, a little extra drive. So we're very excited that she came back home."

That drive and focus has translated into two-consecutive Pac-12 Goalkeeper of the Week honors in early March. Through April 3, Hansen is 5-5-1 with a goals allowed average of an impressive 0.95 and a save percentage of 0.853.

It's a team effort driven by Hansen's strong leadership.

"I think a big part is the team in front of me, making it possible to make these big saves and cutting down the angles so I can get to those, making it difficult for the other team to get a shot on me," she said. "They really help me."

The team graduated arguably its best goalkeeper in program history in 2019. Jalen Tompkins backed Colorado to a 12-8-2 overall record her senior year and led the Buffs to their third trip to the NCAA Tournament in four years. Sanchez said Hansen is well on her way to learning from one of the greats.

"I think a lot of a goalkeeper is that you need to have the confidence of the people in front of you and she's really earned that with her performances, but I think also with what she brings every day," he said. "She's the type of player that you can't tell if she's having a great day or a horrible day because she's very professional in her approach."

It's a confidence that was born a decade ago, when she won her most coveted award. Hansen is the proud owner of an NFL Punt, Pass, and Kick championship.

"I was around 10 or 11 and my dad and I would always throw the football at my brother's soccer games. He actually found it and was like I think you'd be pretty good at it and I said let's try it! It was just a thing we did together," she said, laughing. "I love to compete. Anything I can possibly try and win, I love doing. Everyone says I should play quarterback or wide receiver, so those are my two spots."

So, perhaps she would prefer to win a Pac-12 Championship or better yet, an NCAA, but those are still skills that directly translate to her current resume! Just ask her boss -- she's the total package.

"She's bought in," Sanchez said. "She's a quiet young lady, but her communication has gotten much better. You look at her size and you look at the saves she's made. In our league, with such slim margins, you have to have great goalkeeping and she's been fantastic so far."