Colorado safety Mark Perry traded turf for track to win the 100 meters last weekend with a time of 10.65. His teammate Dimitri Stanley ran 10.85 for second place. 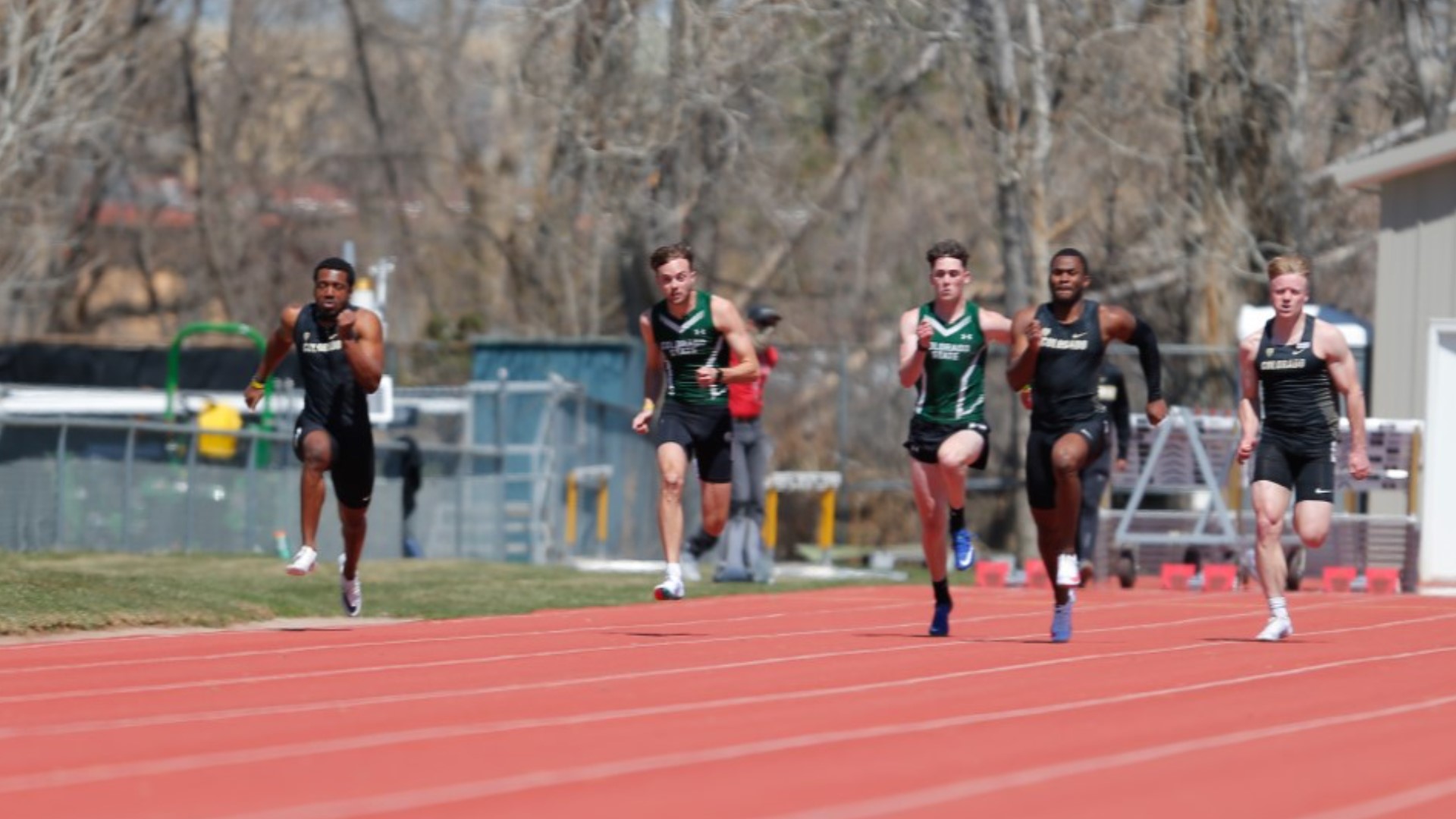 BOULDER, Colo. — Like the running of Ralphie, sprinting is in the blood of Colorado Buffaloes.

Mark Perry, a sophomore safety on the football team, won the men's 100m of the CU Invitational with a blazing fast speed of 10.65, shaving off a tenth of a second from his first race.

Directly behind him was his own football teammate, sophomore wide receiver Dimitri Stanley, who finished 10.85 in his first race of the season.

"We were talking and placing bets, no money or anything, just bragging rights," Stanley said.

Stanley is no stranger to the track. As a senior at Cherry Creek High School, he finished third runner up in the state for the 100m, and led the 4x100 team to the state finals. But he's never seen competition like his own football teammate, Perry.

"He has [the bragging rights] right now, but I'm coming for him, for sure," Stanley said, after he slipped off of the blocks.

That level of competition isn't just reserved for the track, in fact, when they head onto the practice field, it only intensifies.

"We compete at football, we compete here, it's just always competition between us, especially because I play safety and Dimitri plays receiver and he's in the slot a lot, so we're always going in one-on-ones," Perry said. "We're always competing against each other, so it felt good to compete on another surface."

Stanley said he is saving all of his juice for the turf.

"Oh, he knows that I always get him in practice and in football practice, it's all me," he said. "But he got me out here today!"

Their competitiveness turns to compassion, as they're the only two Buffs who share this special bond.

"It's not just me, we can use each other to know what we're going through because we're the only two doing both sports," Perry said. "It just helps by knowing how each other's bodies are feeling, what we need to do, what we could do better, and things like that."

Perry and Stanley push each other to work nearly seven days a week at their two different crafts. Both men say the results speak for themselves.

"I think it translates to football really well, just the form, learning how to run straight up, the deep balls, and all kind of routes," Stanley said.

"I think it's paying off in both areas," Perry added. "You can see our speed, it increased on the field, and then to be able to use the base and power that we get from football to translate to the track to create force off of the ground and things like that."

They also gain some rewarding intangibles. With a full new set of teammates, comes new perspectives.