Sage Hurta won the women’s mile at the 2021 NCAA Indoor Track and Field Championships with a time of 4:30.58, becoming only the second CU Buff to win that title. 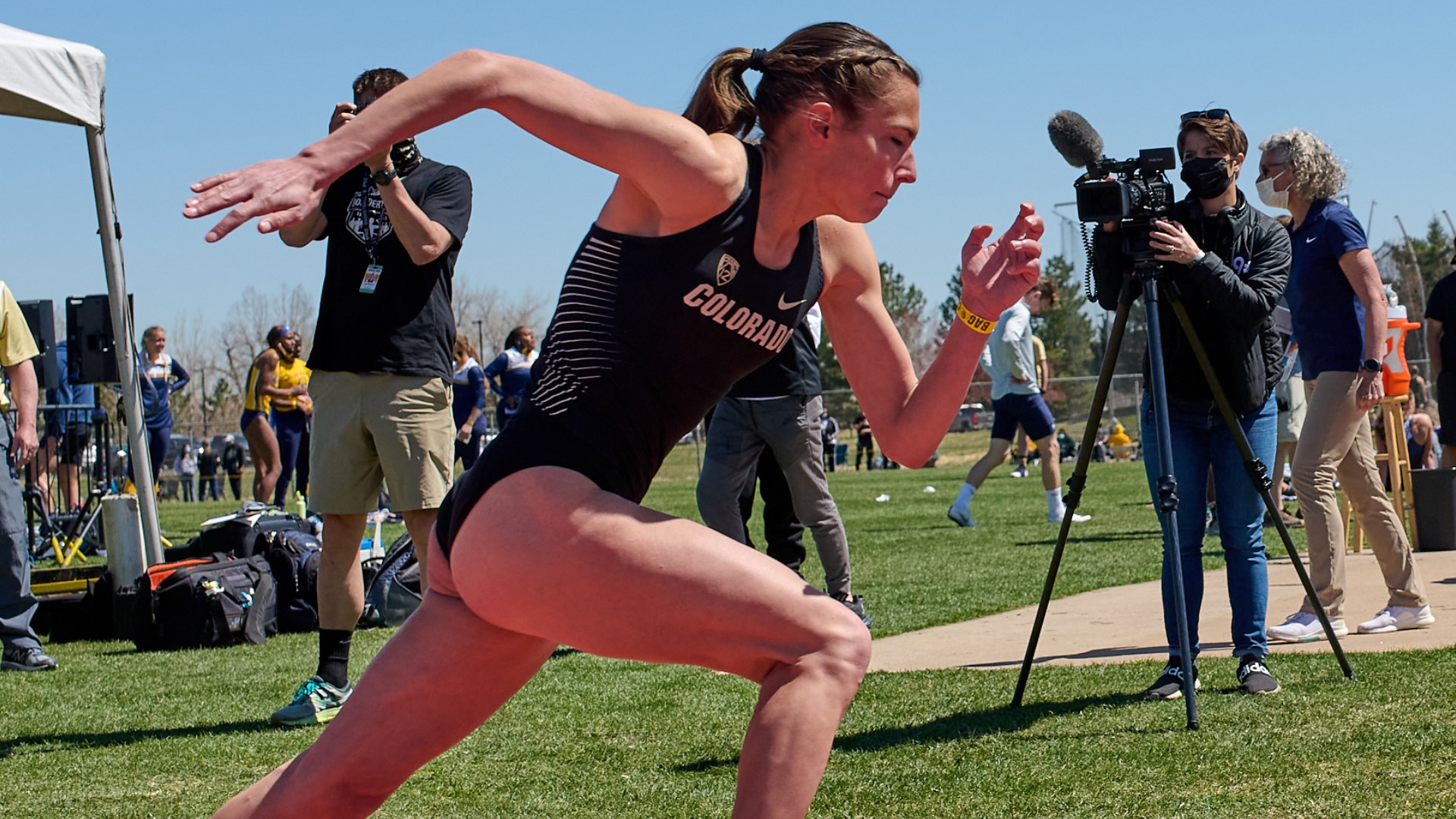 BOULDER, Colo. — Sage Hurta is no stranger to burning her competition on the track. This past weekend however, the senior Buff surprised even herself.

The Colorado distance queen lined up for the 400-meter run, a sprint race.

"I haven't run a 400 since my senior year in high school, so at this point it's been about 5 years," she said.

Yet, if you didn't notice her standing start, you would've thought this was her main event. Despite the rest of the competition coming out of the blocks, Hurta blasted past the pack with a time of 54.84 seconds.

"It's kind of nice to put that in my bank, like now I know that I can do it, so when I'm up against women who can run super fast in the 400 when I'm in the 800, I can have a little bit more confidence," she said.

A confidence like she felt back in mid-March. Hurta ran a personal best mile at 4:30.58 to win the women’s mile at the 2021 NCAA Indoor Track and Field Championships.

Hurta claimed the school's second-ever indoor mile title, after now-Olympian Emma Coburn won back in 2013. It was her first solo title, with her other coming from the indoor distance medley team in 2017.

"I feel like that championship was a long time coming," Hurta said. "It was my first real opportunity and I'm so glad I got to capitalize on it."

An opportunity she had to seize, after suffering a stress fracture her junior year, and missing her initial senior season to COVID-19. Hurta knew this was her fifth and final chance.

"It felt like a full-circle moment in terms of that morning, I was looking back at some journal entries that I had about how hard it was to get through that struggle. I was thinking, 'I've been through so much I should just savor that moment,' and this is just a celebration of everything that I've done," she said.