Geraghty, a captain, has spent the last 4.5 years dealing with a multitude of injuries including a torn ACL, a torn meniscus and much more. 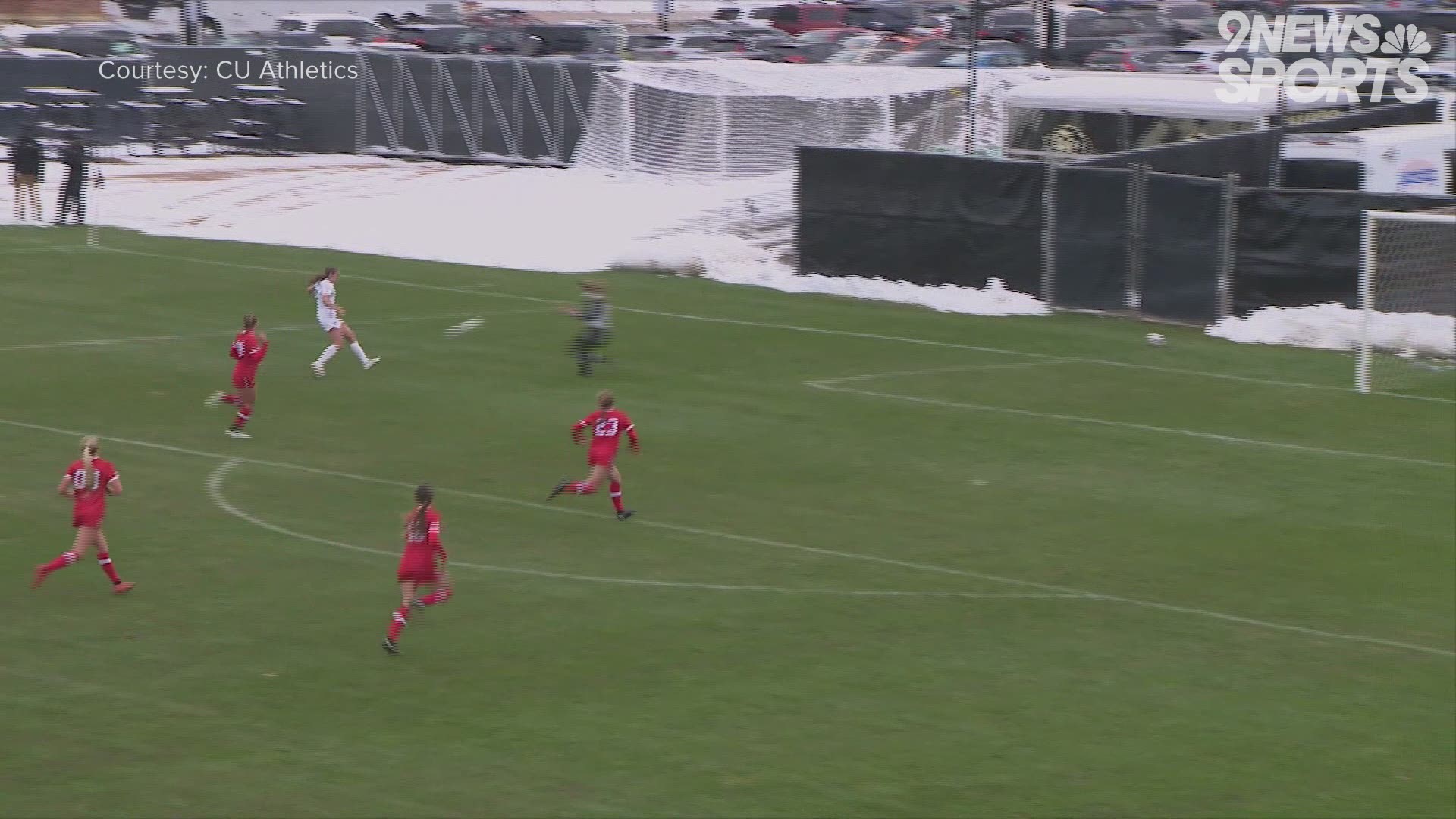 GREENSBORO, N.C. — COVID-19 hurt a lot of people, but in a way it actually helped CU soccer captain Libby Geraghty.

"It was a silver lining for sure," Geraghty told 9NEWS on a ZOOM call Monday morning.

Geraghty has spent the last 4.5 years dealing with a multitude of injuries including a torn ACL, a torn meniscus and much more.

But with the college soccer season being pushed from the fall to the spring, Geraghty was able to get healthy and play for a final time.

"I made the decision to retire (after this season) just because it was so hard on my body. And it was good for me to be able to make that choice... to be able to choose to end on a good note," Geraghty said.

That good note hopefully continues on Tuesday with CU’s 12th appearance in the NCAA Tournament and a date with South Alabama.

"It was super exciting to hear our name called. These girls earned it, we earned it. I’m thankful for every extra game that we get to play with these girls," Geraghty said.

The Buffs' tourney appearance will be the 6th under head coach Danny Sanchez, who is very fond of one of his captains.

"First things first, forget about soccer and all that, she’s a first class person. Just to stay positive and continue to work hard. You root for everyone but in Libby’s case you root a little bit harder. We’re very thankful and excited that she has an opportunity to be able to play and finish her career out the right way on the field competing for a championship," Sanchez said.

The Buffs and Jaguars will kick things off on Tuesday night at 5:00 p.m. MST. The winner gets Oklahoma State in the second round on Friday.