In February of 2020 Lynnzee Brown and Mia Sundstrom both suffered season-ending injuries, but they took on the rehab process together and formed an unbreakable bond. 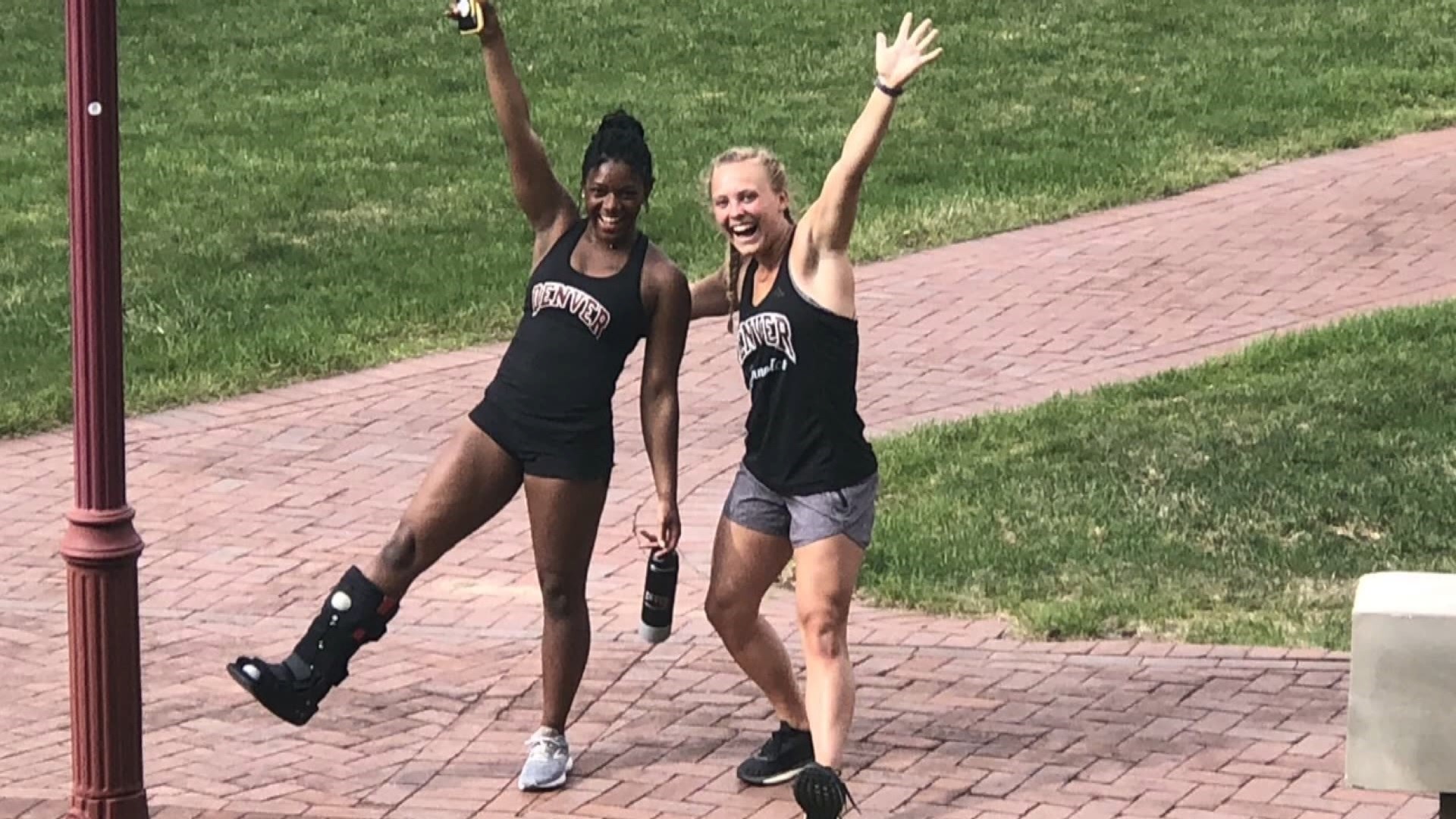 DENVER — DU gymnastics captains Lynnzee Brown and Mia Sundstrom immediately knew that their seasons had taken a change for the worst.

“I just was having a good time with my girls,” said the 2019 NCAA co-champion Brown. “When I first went down, I knew exactly what it was.”

“I was on bars, and I was transitioning from the high bar to the low bar,” said the senior captain Sundstrom. “When I landed on the low bar, I felt my elbow crack. I kind of knew in that very split second that I was really hurt and that I was probably going to be done for the year.”

In February of 2020 Sundstrom and Brown both suffered season-ending injuries. First it was Mia with a dislocated elbow, which happened during a warmup session. Then a week later, the same fate happened to Lynnzee. She tore her Achilles during her final routine against George Washington.

“The first few hours I was a little bit upset and sad but then I changed my mindset and that was really good for me mentally and emotionally trying to take myself out of this situation and where 'yes, it does matter' and there’s so much more to me than just Lynnzee the athlete," Brown said.

Both captains knew they wouldn’t be competing any more in 2020. But both understood they were still needed.

“I realized that there is still so much that I can contribute to the team from a non-athletic perspective,” said Sundstrom, who is a Boulder native. “From a support and leadership and being a captain and all of the things that go into making the team strong.”

Brown echoed the same sentiment about being around the team while not being able to compete, “Through my injury, I had to learn a lot about what being a team support and a team supporter really meant."

Both senior captains took on the rehab process together and through pain, an unbreakable bond was formed.

“Mia and I really bonded over us happening to get injured at the same time. I came home after surgery and she took care of me," said Brown.

“We supported each other through that,” said Sundstrom. “We just tried to have a lot of fun through the process too and every time we were in the training room we would try and blast music and hype each other up and really celebrate each other’s little successes.”

After this season, both storied careers will come to an end. But Brown, with an NCAA co-championship and Sundstrom with a freshman-of-the-year award under their belts, will still have their relationship that will live on forever.

“I don’t have a sister so she’s like the sister that I never had,” said Brown.

“Lynnzee is like a sister to me. We have become so close over the four years that we’ve been together. We have an incredibly strong bond and Lynnzee makes me a better person and she inspires me and to have someone like her in my life and in my corner and by my side has been really, really special and really meaningful," Sundstrom said.

RELATED: DU Gymnastics vaults to the top of the rankings before first home meet