The Pioneers return to the ice this week. 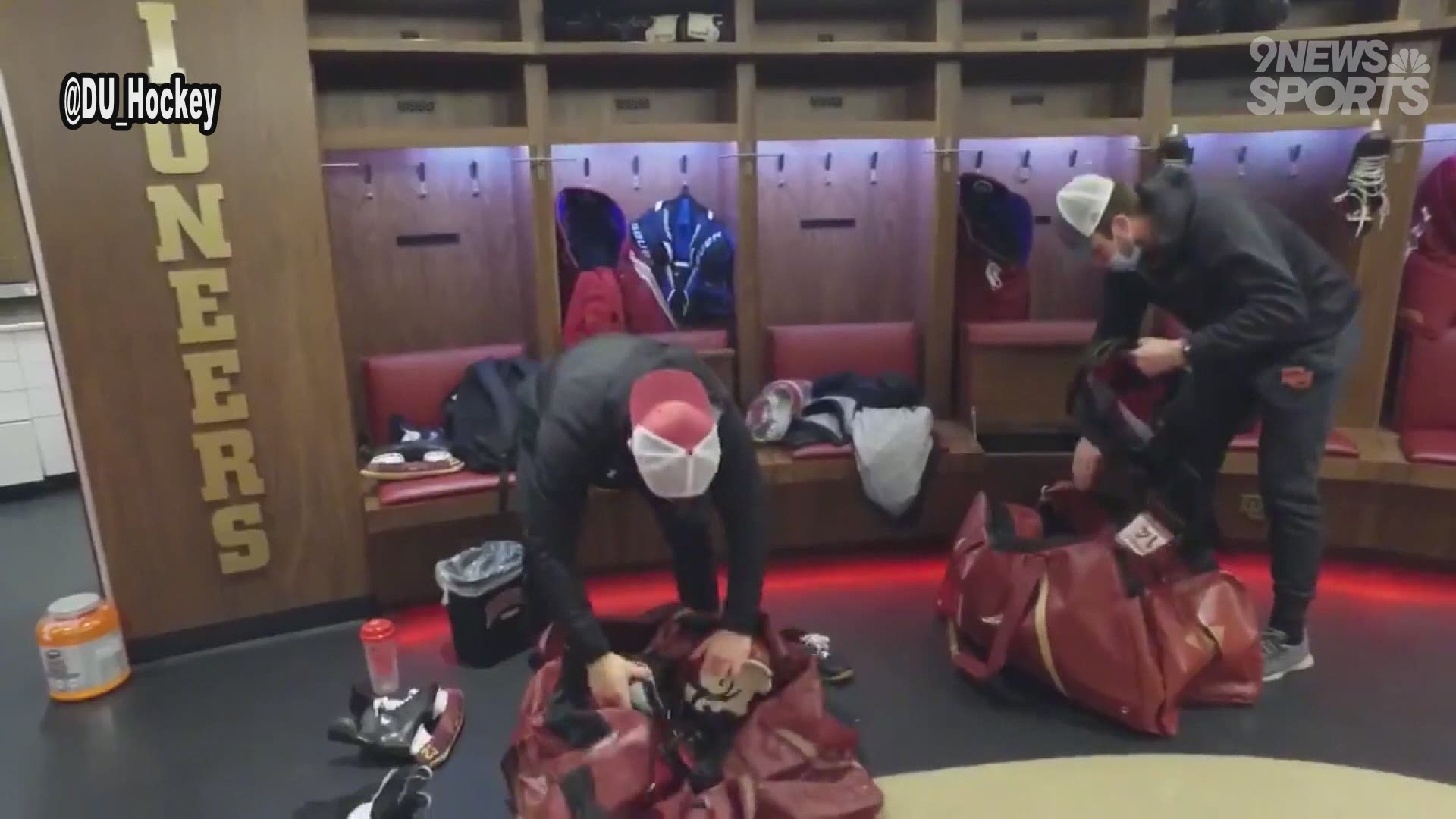 DENVER — The NBA had a bubble in Orlando, while DU is preparing for pod play in Omaha. The Pioneers have waited a long time for the puck to drop.

They packed their bags and loaded up the bus. Oh captain, my captain, DU’s extended road trip is underway.

"It's not exactly what we imagined, but at the end of the day I think we’re all grateful for this opportunity,", said University of Denver captain Kohen Olischefski. "We’re about to go into a situation where we get to play hockey and do what we love."

The No. 5-ranked Pioneers arrived in Omaha hungry for hockey. And they’re gonna get a heaping helping.

"It's been 8 months, I don’t really worry about lack of emotion or energy with our group," said DU head coach David Carle.

Carle and Company have their work cut out for them.

The Pios open Wednesday with two-time defending National Champion Minnesota-Duluth, followed by a date with No. 1 North Dakota.

"Obviously getting it going with Duluth and 'NoDak' we’re going to get right into it. I think we’re prepared, and we’re excited for that challenge right away," said Olischefski.

"No doubt it’s a tough opening schedule, but it is what it is," added Carle before continuing. "And to echo what Kohen said, We’re really grateful and we’re excited for the opportunity to just get into it. To have meaningful games right away is awesome."

And with the majority of its players done with finals, DU can focus on hockey games -- something that has been long overdue.