Hawkeyes' Keagan Johnson is next Nebraskan out to knock off Huskers

Four Nebraskans have been Iowa starters over the six straight years the Hawkeyes have beaten the Huskers. 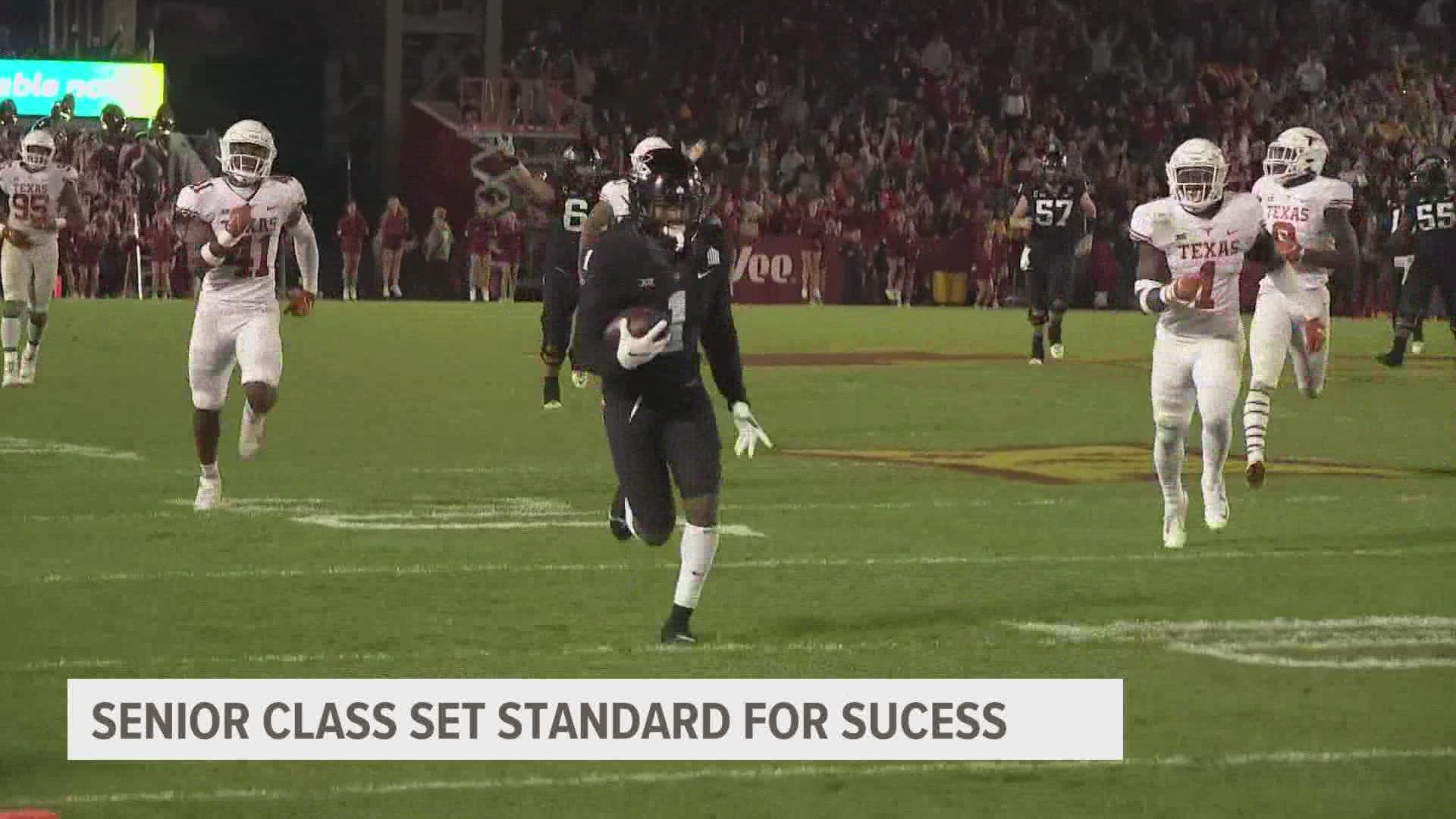 IOWA CITY, Iowa — Freshman wide receiver Keagan Johnson is the next in a line of Nebraskans who will wear the black and gold of Iowa when the Hawkeyes visit Lincoln on Friday.

The true freshman has 16 receptions for 328 yards and two touchdowns so far this season.

Four Nebraskans have been Iowa starters over the six straight years the Hawkeyes have beaten the Huskers.

Johnson will be the fifth when the 17th-ranked Hawkeyes go for their seventh win in a row in the series.

WATCH | Huskers to be without injured QB Martinez versus No. 17 Iowa