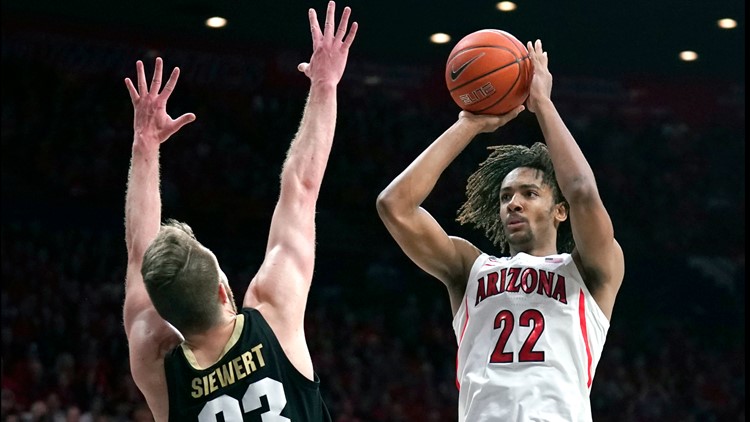 TUCSON, Ariz. — Dylan Smith and Josh Green both scored 13 points, Nico Mannion and Zeke Nnaji added 12 and Arizona cruised to a 75-54 win over No. 20 Colorado.

Arizona has won all three of its home conference games. The Wildcats had a double-digit lead for the last 18 minutes of the game, stopping the brief Colorado rallies with quick baskets.

Colorado took a 10-5 lead in the opening minutes, but Arizona rallied with the next seven points and the Buffaloes never led again. McKinley Wright led Colorado with 15 points and D'Shawn Schwartz added 12.