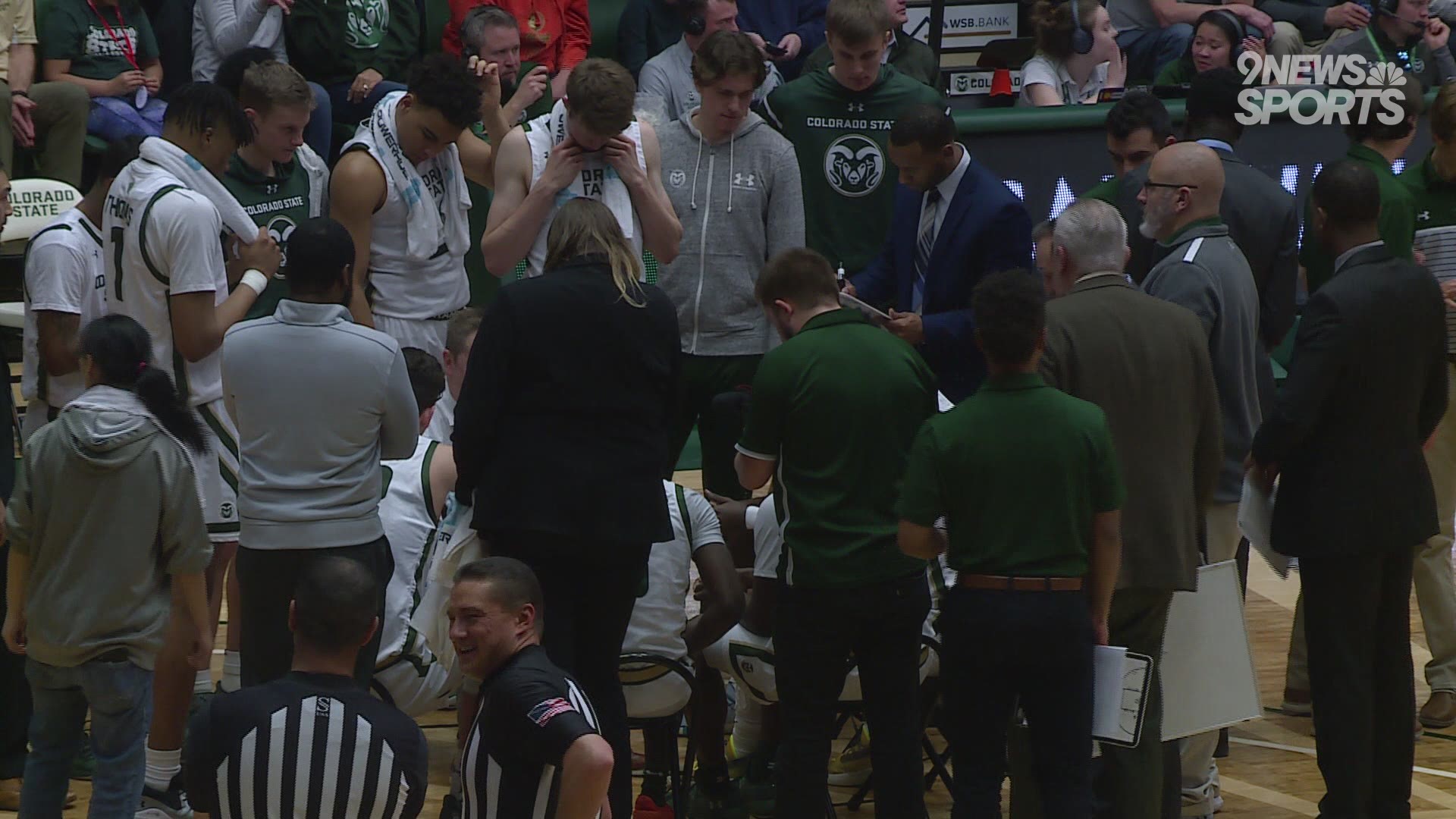 FORT COLLINS, Colo. — Like everyone else, CSU is patiently waiting.

"Whenever that is, and we’re out there on the court in Moby Arena working with our guys, it's going to have extra special meaning that way to do that. And so, it really kind of puts everything in perspective," said Niko Medved, head coach of the CSU men’s basketball team.

That day appears to be getting closer for Medved.

The CSU men’s basketball team begins voluntary strength and conditioning on Monday, an important step for the head coach and his players.

"There is nothing, and there will never been anything, that will replace actual face-to-face communication. Sitting with somebody and communicating that way, I can’t tell you how much I’m looking forward to that," Medved said.

If all goes according to plan, team workouts start July 20. They will resume outside with small groups of players.

"Obviously, some of that stuff will be phased in. (Summer Practice) won’t be like it was before. I think everybody around the country is kinda trying to work through that a little bit, how that’s gonna look," Medved said.

There is no playbook for coaching during a pandemic, but Medved has confidence in Colorado State’s phased plan to keep student athlete’s safe.

The Rams' return to Moby Arena remains up in the air. There’s no question their head coach will be ready whenever that day comes.

"I’m so excited about men’s basketball and I think in so many ways this is going to be one of the more important, if not the most important seasons, we’ve played for so many reasons with everything going on," Medved said.