The CU men's basketball team was bounced from the NCAA Tournament in the Round of 32 to Florida State. The women lost in the WNIT quarterfinals to Ole Miss. 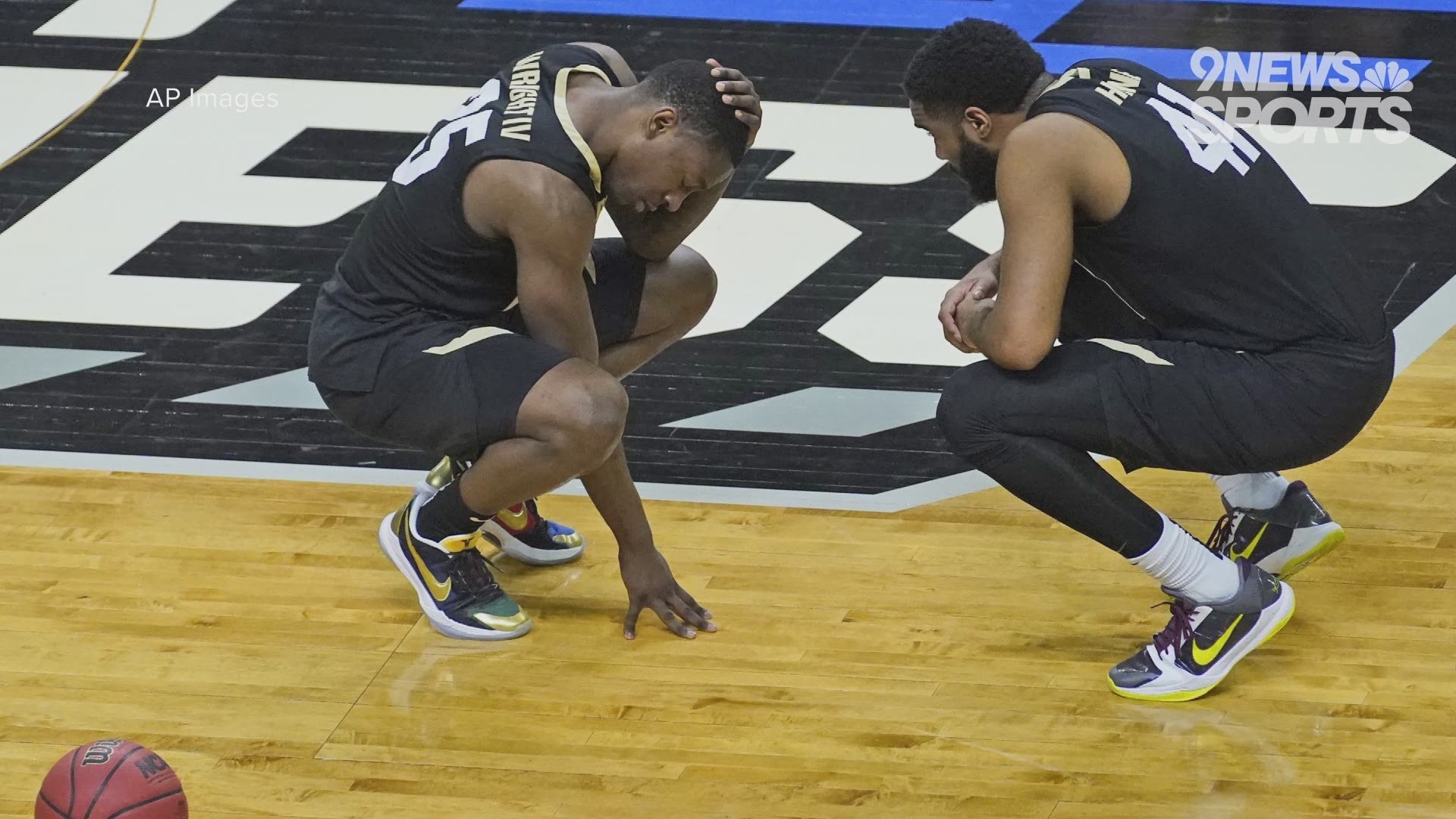 BOULDER, Colo. — The clock struck zero on both CU basketball teams Monday night, bouncing the men from the NCAA Tournament and the women from the WNIT. After suffering season-ending losses, basketball was the last thing that was on their minds.

"Life is so much bigger than basketball," McKinley Wright IV said. "Basketball is just a game and people lost their lives today. It's hard to put that in words right now."

Just before 3pm on Monday afternoon, Boulder police responded to an active shooter situation at the King Soopers at 3600 Table Mesa Dr.

The CU women's basketball team only knew the bare bones of the situation before taking the court in the WNIT quarterfinals against Ole Miss, but it was enough for junior forward Peanut Tuitele to want to put the city on her back.

"It's a life that was taken, multiple lives," she said. "I just wanted to show out for Boulder tonight, but that was on my mind."

The grocery store is roughly two miles away from the CU Boulder campus. Tuesday morning, The Boulder Police Department (BPD) said that there are no additional victims and that the total number of people who were killed Monday in the shooting is 10, including a Boulder Police officer who was first to arrive on scene.

"It puts basketball in its proper place. Win or lose tonight, I felt an emptiness in my stomach," CU men's basketball head coach Tad Boyle said. "Another senseless act of violence that we've experienced as a country many, many times."

The women's basketball head coach, JR Payne, also started her postgame news conference with a message to the CU and Boulder communities.

"There's so many things that are so much bigger than basketball," she said. "While I'm proud of how we played, we're certainly heartbroken and really devastated for our Colorado and Boulder communities."

Wright capped off his career as one of the best players in CU basketball history. The three-time first-team All Pac-12 selection is also the school's leader in assists, and scored well-over 1,000 points in his career.

But the senior point guard chose to use his final postgame interview to put Monday night into perspective.

"People get so caught up, and really us players, in playing this game, and it's a privilege to play this game, but we have to realize that life outside of basketball is real," he said. "A lot of people lost family members today. Some coward went in shooting up King Soopers. For me, where I come from, that happens often and I see that a lot. I'm just hurt and devastated for those families that have to experience this."

Tuitele had a moment to reflect and is just grateful to see another day.

"That's the biggest message I got from this: don't take anything for granted. Live in the moment, enjoy your life, because anything can happen at any moment in time."