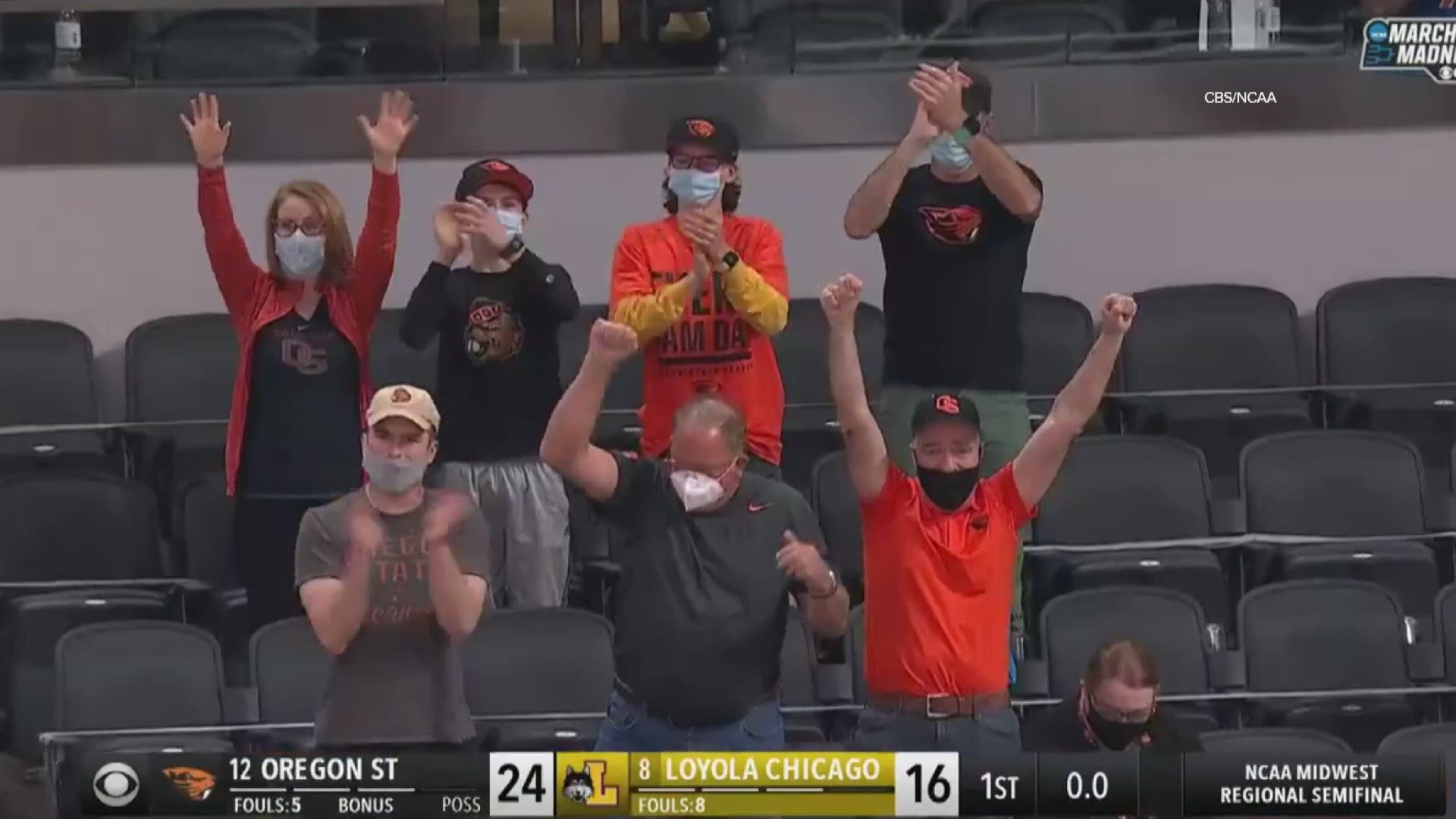 INDIANAPOLIS — No. 12 seed Oregon State continued its unexpected run in the NCAA Tournament on Saturday with a victory over Loyola-Chicago, but one of the team's broadcasters was allegedly involved in an incident in downtown Indianapolis prior to the Sweet 16 game.

According to NBC Sports, play-by-play announcer Mike Parker was assaulted while walking along the Indianapolis Canal Walk shortly before calling the game.

The Oregonian was the first to report the news, in which the veteran play-by-play radio voice for the collegiate team went for a walk hours before tipoff at Bankers Life Fieldhouse.

Parker tweeted a photo of his walk on Saturday around 11:30 a.m. and said, "A gorgeous morning along the Canal Walk in downtown Indianapolis...Commensurate with the joy we have felt for what the Beavs have done to get to the Sweet Sixteen."

A gorgeous morning along the Canal Walk in downtown Indianapolis...Commensurate with the joy we have felt for what the Beavs have done to get to the Sweet Sixteen. pic.twitter.com/gCjqL7w2ss

Regarding the incident, Parker told NBC Sports over the phone that a younger man walked up to him and asked, "“Do you have a bomb in that bag?”

Parker said "no" and continued walking, but he said the unidentified man tackled him to the ground.

According to The Oregonian, Parker said one of his shoes came off, his Beavers polo shirt was ripped, he had some abrasions on his right elbow and he almost fell into the water.

Parker told NBC Sports that police were riding bicycles in the area and responded right away.

“The police talked to me for a while, and then I went back to the hotel to get ready for the broadcast. I don’t know what actually happened to him," Parker told NBC Sports.

The Oregonian reports Parker told police he did not want to press charges and walked back to his hotel. He reportedly didn't have any first-aid equipment at his hotel, so Bankers Life Fieldhouse medical personnel treated him before going on air.

"I’m a little sore from the fall, but I’m fine. I had no issues during the game," Parker told The Oregonian.

13News reached out to IMPD about the incident, and a spokesman found no police report filed.