Mines' Brittany Simpson is already the winningest coach in team history, but that's not enough 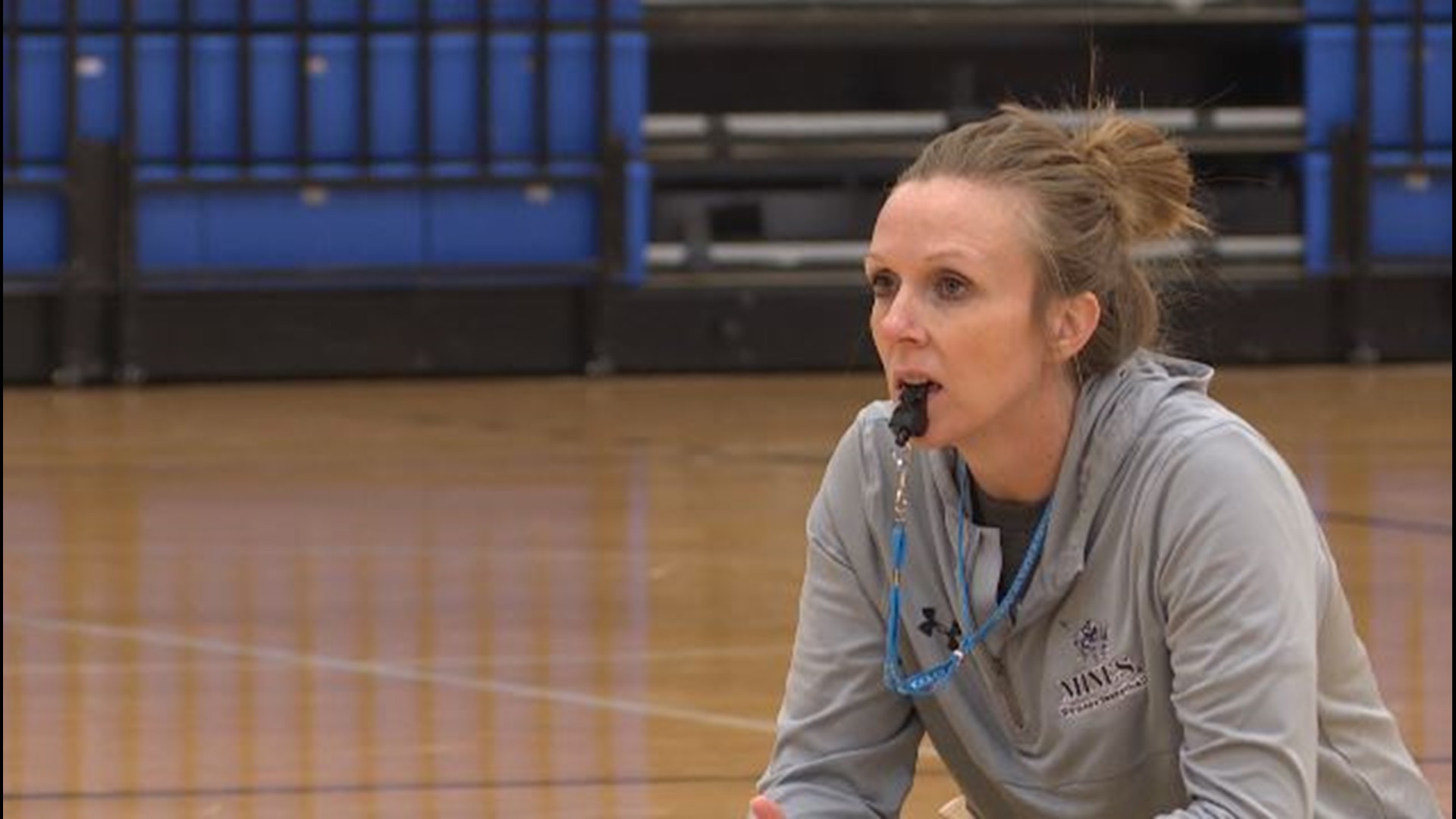 GOLDEN, Colo. — It only took two wins into the 2020-21 season for Colorado Mines women's basketball head coach Brittany Simpson to cross a career milestone. Simpson earned her 134th win in her 9th season at the helm of the Orediggers, passing her predecessor Paula Krueger with 133 wins from 2003-2012.

"I knew going into this year what I needed and when I took over the program nine years ago, that was a goal for me personally," Simpson said.

The win, a decisive 68-53 victory over South Dakota Mines on their home court in front of an empty gym. The Orediggers still gave their coach a rightful celebration.

"We had won the game and the girls were singing the fight song on the court and my boss walked out there and told them and they lost it. I walked out into the hall and they followed me with a group hug and just kind of hootin' and hollerin'. It was just cool to have that group of girls with me when that happened," she said. "You know, you work so hard for something and to see it actually come to fruition, was a cool moment."

It was a goal that has now been exceeded by 12 wins, as of their Saturday night 70-51 victory over Colorado Mesa.

They say that it's lonely at the top, but Simpson has a lot of love around her, and is even part of a winning team off of the court. She and her husband Patrick, an athletic director at Columbine High School, are raising their two daughters to appreciate their love of sports and teamwork.

"I think the coolest thing is that we both just work really well together and we're both willing to do whatever we need to do to help the other person out," she said. "He understands that my basketball season is my basketball season and takes the load then, and then I take the load during my offseason."

And it's not all basketball all of the time for the Simpsons.

"Our girls get to be around a lot of really cool things, not just my players, but last year when softball won state at Columbine, my kids were there for that. The experience they get out of it, is what we really appreciate."

Throughout the past nine years, she's gained quite the appreciation for her other kids, as well.

That type of kid is also the type of role model she wants her own kids to look up to.

"We get some really good kids that come into this program that want to own businesses, that want to be bosses, and again going back to my daughters, that's something that I want them to see," she said. "Me being a head coach of Division II basketball is a big thing for them to see, but to see my players do more and better things, that's what I want my kids to grow up and emulate as well."

Simpson said she's empowered to spend her days around both strong-minded and physically strong women.

"That's ultimately what we want to teach our players, that you can be a woman and do anything you want. To have kids that come into your program that already have a vision for themselves, is super exciting because we just get to foster it."

Her Orediggers are currently ranked 17th in the NCAA Division II, and sit atop the RMAC, but what's left on Simpson's checklist?

"I want this group to have a conference title, just with all of the things this group has specifically been through," she said. "For me on a personal note, I want to take a team to the Elite Eight and the Final Four, and just see how we go from there. Obviously, it's all a process. We're not quite there as far as consistency, but we're on the right path."

RELATED: The explosive history of the DU-Mines rivalry