Hollingshed ready to 'run it back' with CU women's hoops

The Buffs forward has decided to put WNBA interest on hold to return to Colorado for one more season. 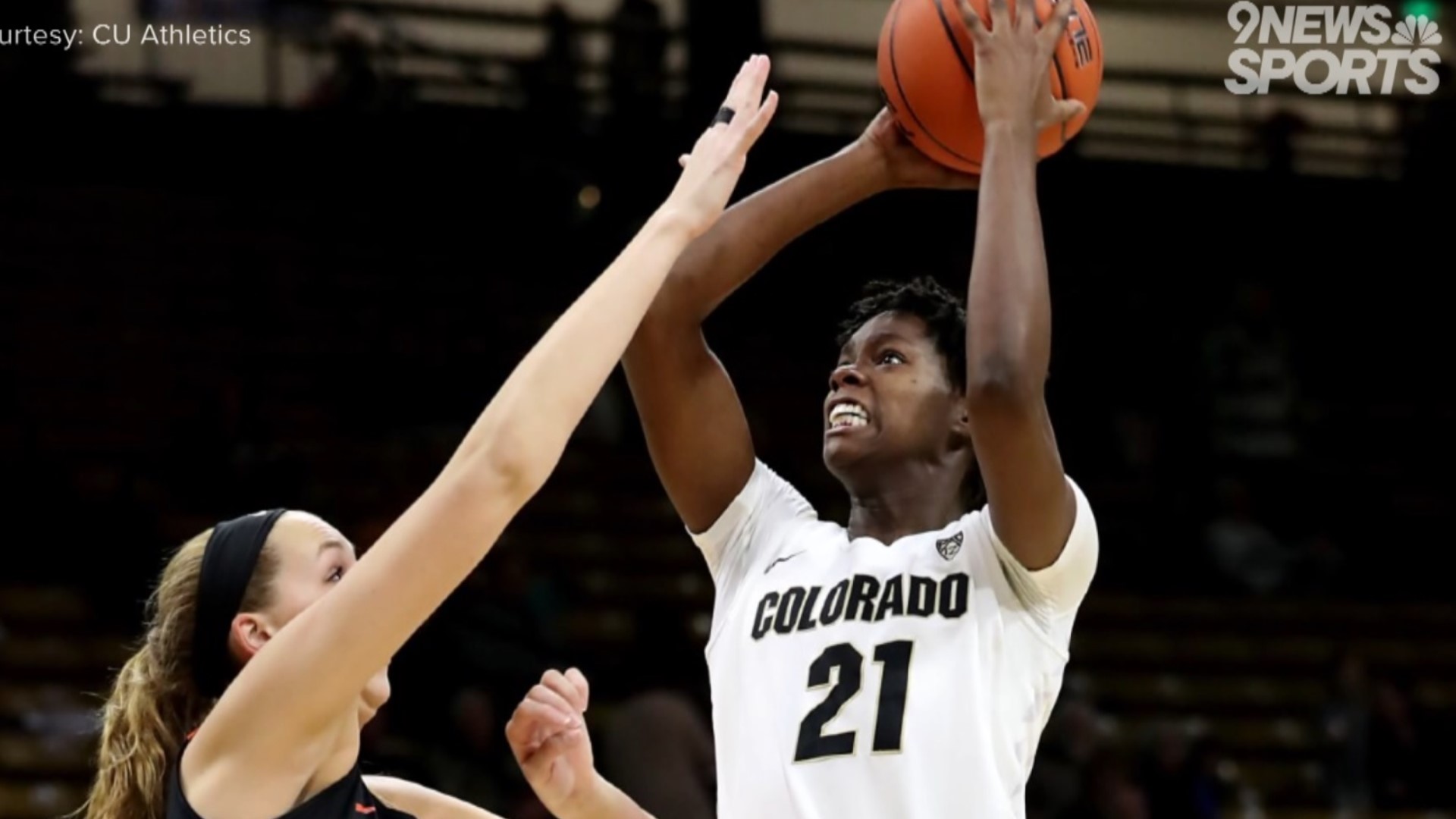 No, seriously: that’s what she said! The Buffs star forward announced last week that even though she has garnered interest from the WNBA, she will return to Colorado for one more season.

"Kind of a surreal moment for me honestly. We always talk about going to the WNBA draft," she said. "Honestly, I’ve never really talked about it but actually seeing my name on it was just like 'okay I can actually go to the league and all of this.' But I was just like, maybe another year of development and playing at collegiate level will give me some more experience to be a pro."

The Buffs’ star saw her draft stock rise all the way to being projected as the 19th pick in the first round of this year’s WNBA Draft, which is no surprise after her career year, averaging 15 points and 8 rebounds per game, both were team-highs.

In addition to gaining more experience and growing her game, Hollingshed cited that earning a Masters degree had a big impact on her decision as well. She majored in communication during her four undergraduate years.

"Just hearing the excitement coming from other people kind of just goes to show the love that we build and the love that people have just for our team and the players as individuals and stuff like that so I think that’s the best part about it."

"We don’t look for the individual stats but to be able to do those types of things is actually amazing. Not too many people have been able to do that. You definitely want to step back and be appreciative of where you are and what you’ve been able to accomplish so definitely having that type of achievement is something that I will have with me forever."

There is no doubt this Houston, Texas, native has become a Coloradan.

CU just saw two of its PAC-12 rivals, Arizona, and Stanford, make the national championship game. The Buffs upset Stanford back in January when the Cardinal were the No. 1 team in the nation. You could say that is serving as motivation for the Buffs.

"After we saw the title game we were like, oh yeah we’re definitely going to the title game. There’s no other debate about it. We’re gonna have to come up with something to get it done. We’re already talking about [how] it starts in the summer. We’re getting right, like the accountability I think that’s part of the team that we’re really taking to heart. Just being accountable for everyone. I’m pretty excited to be back and seeing what we can do this year."