When asked to describe his star point guard in one word, CU’s head coach said "love." 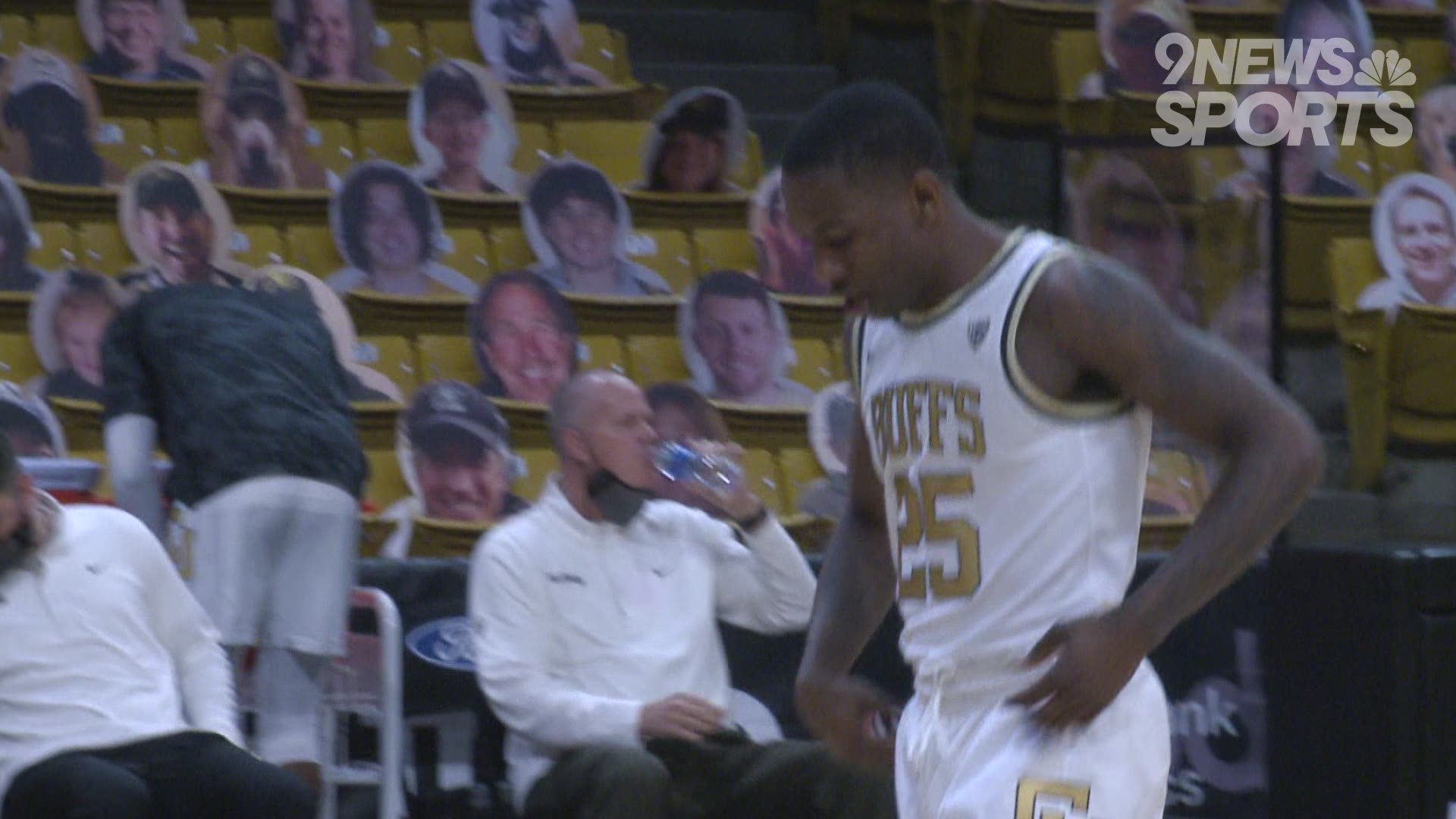 Wright, a North Robbinsdale, Minnesota native, now considers Colorado home, after spending the last four years suiting up for the CU Buffaloes. And other than his family, there may be no other person in this world that loves Wright more than his head coach, Tad Boyle.

“How much time you got? An hour or two? I mean there are so many things that make him special. He’s the combination of everything you want in a player from a toughness and competitiveness standpoint. He’s a great teammate. Guys like playing with him. They don’t like playing against him. And to me that’s the best compliment you could have as a player," Boyle told 9NEWS.

Wright is just about as decorated a college player there is.

He is 8th on the Buffs all-time scoring list, plus is the only Pac-12 player ever to score 1600 points, grab 600 rebounds and dish out 600 assists, and there have been some darn good Pac-12 players in its historic existence.

Wright's averaged 14 points, five rebounds and five assists per game throughout his collegiate career and at just six feet tall, he can play with the best of them and is afraid of nobody. On Monday, he added yet another award to his name.

For the 4th time this season, @kin_wright25

But there is one thing that is missing from Wright’s storied resume: an NCAA Tournament appearance, which the Buffs haven’t experienced themselves since 2016, the year before Wright’s freshman season.

“It’s something I must do before I leave here. We have put ourselves in good position. It’s something that I’ve been looking forward to of course since I’ve been here. I’ve been watching the tournament since I was a kid," Wright told 9NEWS.

Boyle has brought the Buffs to four NCAA Tournaments and last year likely would have been number five, but the tournament was canceled due to the COVID-19 pandemic.

“I want them all to experience it and that’s the thing. I tell every player when they come here, ‘look, I’ve played in it, I’ve coached in it.’ My job is to make sure they get the opportunity to do that," Boyle said.

Wright’s final game at the CU Events center is Thursday, March 4 against Arizona State. When asked if he’ll get emotional knowing Wright will step off that court for the final time, Boyle admitted there will be tears flowing.

Wright has recently said he tries not to think about what that moment will feel like, but he admitted that he too will ultimately feel the same way.

“I’ve been telling myself the last couple of days that I’ll try not to cry. I don’t think I’ll be able to hold it in man. This place, Colorado, really became home for me. It’s going to be hard to let this place go but it’s time to close one chapter and open the next chapter. I’m forever grateful for my coaching staff and my teammates for my four years that I’ve been here. It’s been the most fun in my life. It’s a blessing," Wright said.

Boyle knows that no matter where Wright is in life, Boulder will always welcome him back.

And remember that love mentioned early that Boyle has for McKinley Wright?

When asked to describe his star point guard in one word, CU’s head man went back to that affection.