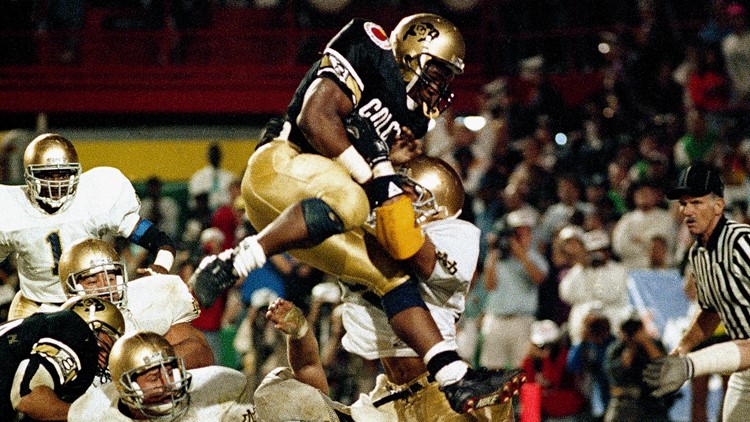 Photo by: AP
Colorado's Eric Bieniemy leaps over a pileup of players for a touchdown. He was stopped short of the goal by Notre Dame in the second quarter of the Orange Bowl Monday night, Jan. 1, 1990 in Miami.(AP Photo/Todd Eddick)

KANSAS CITY, Mo. — The Cleveland Browns are interviewing Chiefs offensive coordinator Eric Bieniemy in Kansas City to possibly be their next head coach.

Bieniemy is in his second season running the Chiefs' high-powered offense led by quarterback Patrick Mahomes.

The former Colorado star running back was a second round pick in 1991 and played in the NFL for nine seasons.

Bieniemy is the third candidate to interview with the Browns, who fired Freddie Kitchens after he went 6-10.