Former Rams had an impressive Week 1 in the NFL. 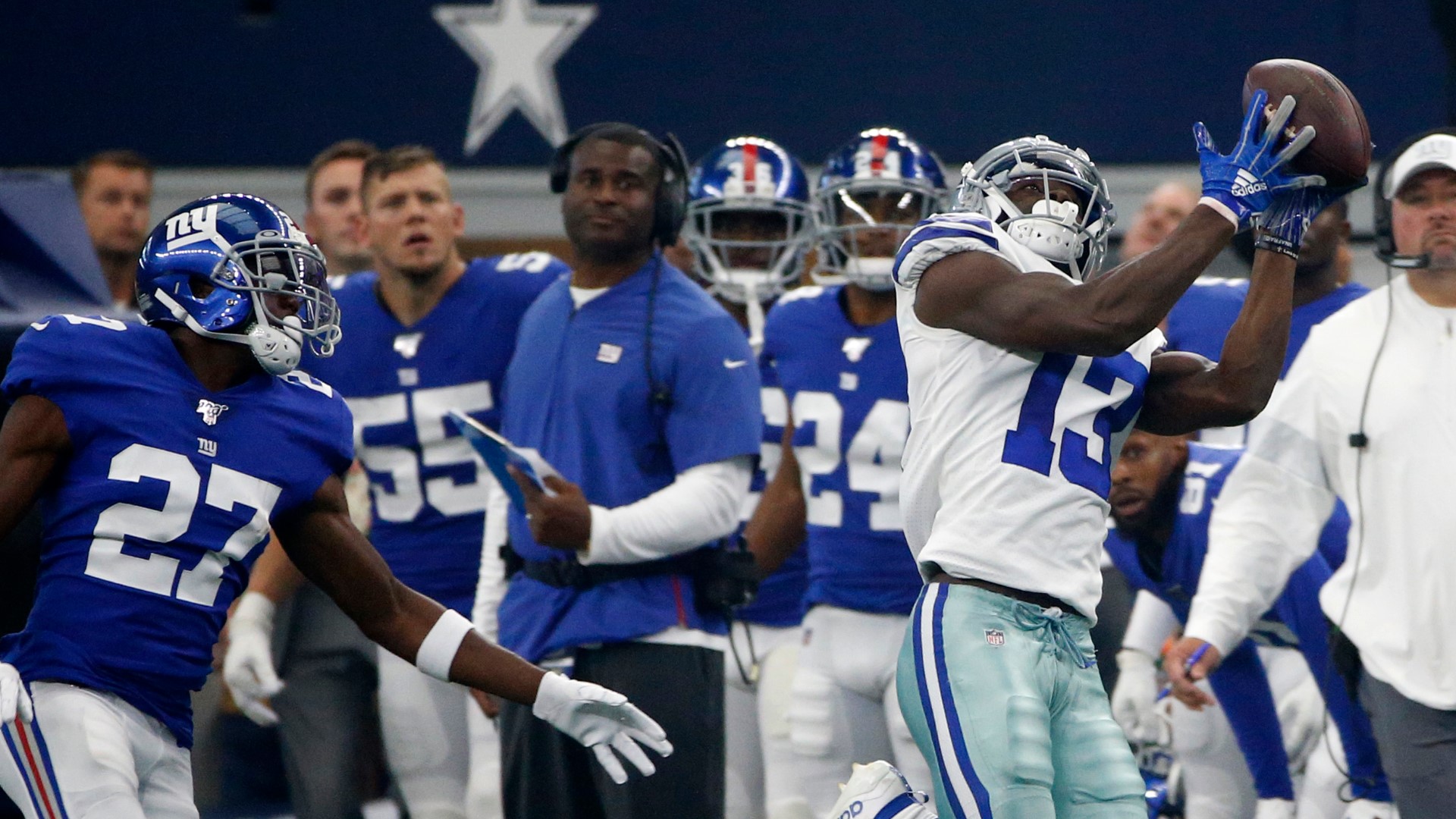 FORT COLLINS, Colo. — Four former Rams lining up as ball catchers at the next level.

Almost too many for CSU head coach Mike Bobo to track.

"I try to watch all of those guys and all of our guys here at CSU," he said. "I think that's good for our school that guys get to come here, come play college football, get a great education, and still live out their dreams of playing in the NFL."

Michael Gallup (2018 grad) is finally living up to his potential with the Dallas Cowboys, racking up 158 yards on seven catches in Week 1.

Bobo said to pay attention to his wideout Warren Jackson.

He may be the next selected from "Wide receiver U".

"Warren (Jackson) would be the guy for me. He's done a great job of just doing what we ask," Bobo said.

"You know, he didn't come out here expecting to be Michael Gallup or Rashard Higgins or Bisi Johnson or Preston Williams. He wants to do whatever it takes for our team to win, so that's a good thing."

With more comfort in his offense, Bobo wishes he would've used these schemes years ago with weapons like Detrich Clark. At least now, he has a clean palette in freshman Dante Wright.

"Dante can do more in space than Detrich," Bobo said. "Detrich was bigger, thicker. Dante's a threat at receiver, where Detrich became that at the end of his career."

His story isn't even unique. The current crop doesn't have to look far for next-level inspiration.

"I mean, just turn on the TV. It's not just Colorado State. You see Group of Five guys playing everywhere," Bobo said. "To be honest, I think the path might be a little easier if you take that route. You've got a chance to get more playing time and you get to grow more as a player and you're not sitting on the bench as much."

And the next big thing may be suiting up with the Rams this Saturday.

RELATED: CSU students brew their own beer in class for game day tailgate

RELATED: Oldest player in college football is a CSU running back still on active duty in U.S. Army