The Rams won their first Border War game over Wyoming since 2015 on Thursday night. 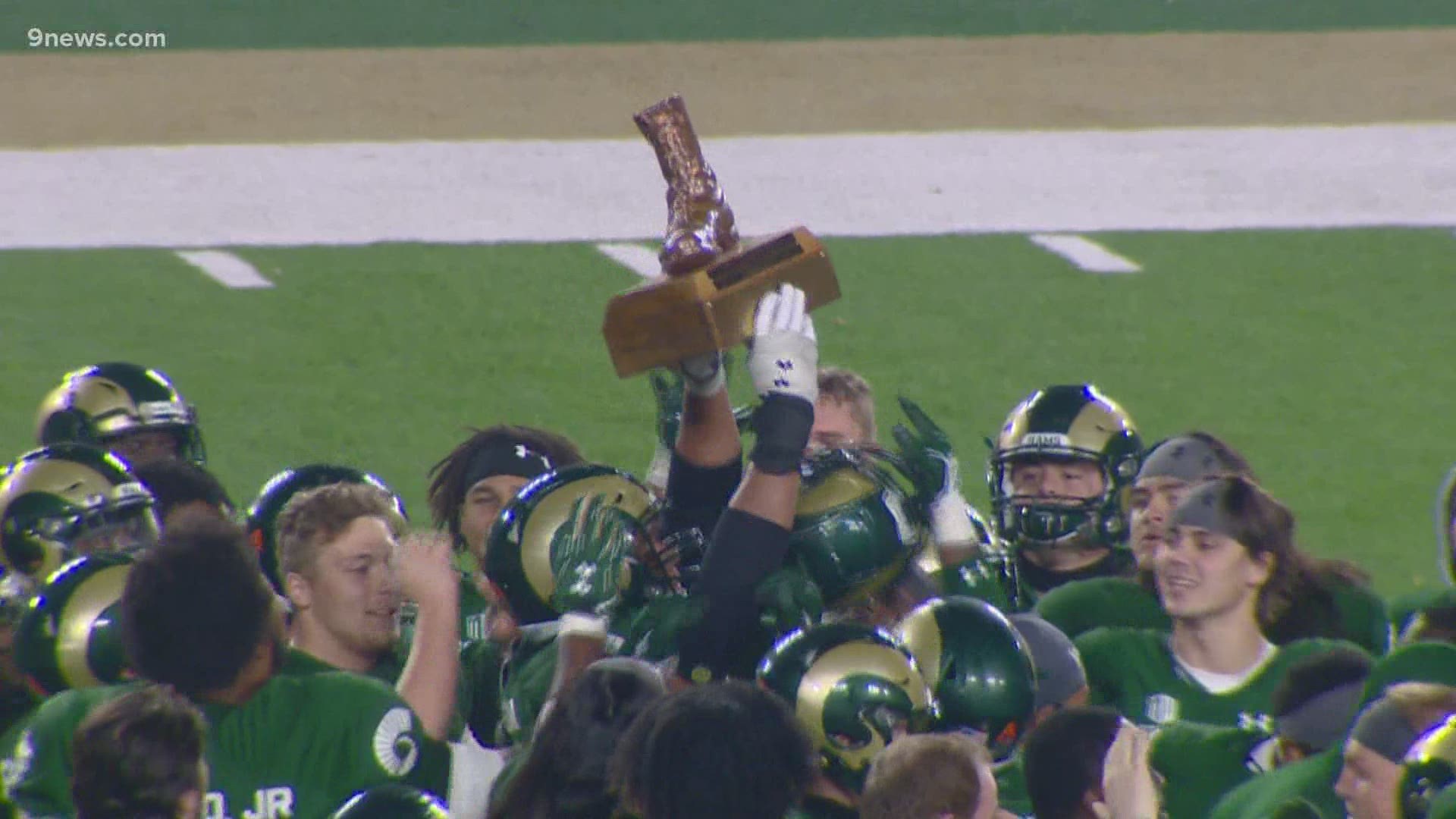 FORT COLLINS, Colo. — Patrick O’Brien threw for two touchdowns and ran for another to lead Colorado State to its first victory of the season, 34-24 over Wyoming.

The victory was the first for Steve Addazio as the Rams’ head coach after a combined nine seasons as a head coach at Boston College and Temple.

The win also snapped a four-game losing streak to Wyoming. O’Brien threw for 255 yards, tossing touchdown passes of 29 and 38 yards to Trey McBride.

Xazavian Valladay rushed for 147 yards with a TD and became the 12th player in Wyoming history to rush for 2,000 career yards.

Credit: Bethany Baker / The Coloradoan
Colorado State Rams quarterback Patrick O'Brien (12) looks to make a pass in the first quarter of the game against the Wyoming Cowboys at Colorado State University in Fort Collins, Colo. on Thursday, Nov. 5, 2020.