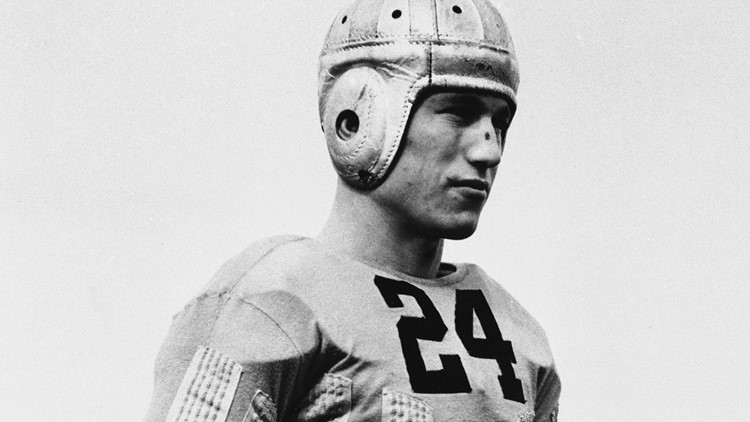 The three numbers, which have been out of use for decades, will be put back on the field due to requests from recruits.

The late Rashaan Salaam's No. 19, which was retired in 2017, will remain out of circulation for a total of 19 years to recognize the number and will come available again for use no earlier than the 2036 season, the university said.

"Current players and recruits ask all the time for jersey numbers, and often the retired ones have come up," said George. "We explored ways we could bring the numbers back into use and believe we have found a way to do so, along with bringing attention to those who previously had them retired by the uniform patch.

It should also bring a spotlight back to those three players every time a TV camera shows them head-on or a picture appears in a newspaper or on-line. The names White, Romig and Anderson will be celebrated all over again."

Byron White's No. 24 was retired after his senior season in 1937. White was appointed to the U.S. Supreme Court in 1962 by President John F. Kennedy.

The family of White, who passed away in 2002, along with Romig and Anderson, were consulted in advance of the decision being made to unretire their numbers, according to CU.

"Anything I can ever do to help the program, you can always count me in," said Anderson. "My number's been retired for 50 years, so I've had my day in the sun, but I will appreciate and be very proud of how it will continue to be honored."

"It's absolutely fine that my number comes back into circulation, especially if it helps the program," said Romig. "It's an honor to be remembered, and I have always appreciated the education I received at the University of Colorado."

RELATED: Ralphie V to retire after 12 seasons with CU