CU has been playing without its top play-maker Laviska Shenault for two weeks. With his health uncertain, it's crucial the team finds another star wideout. 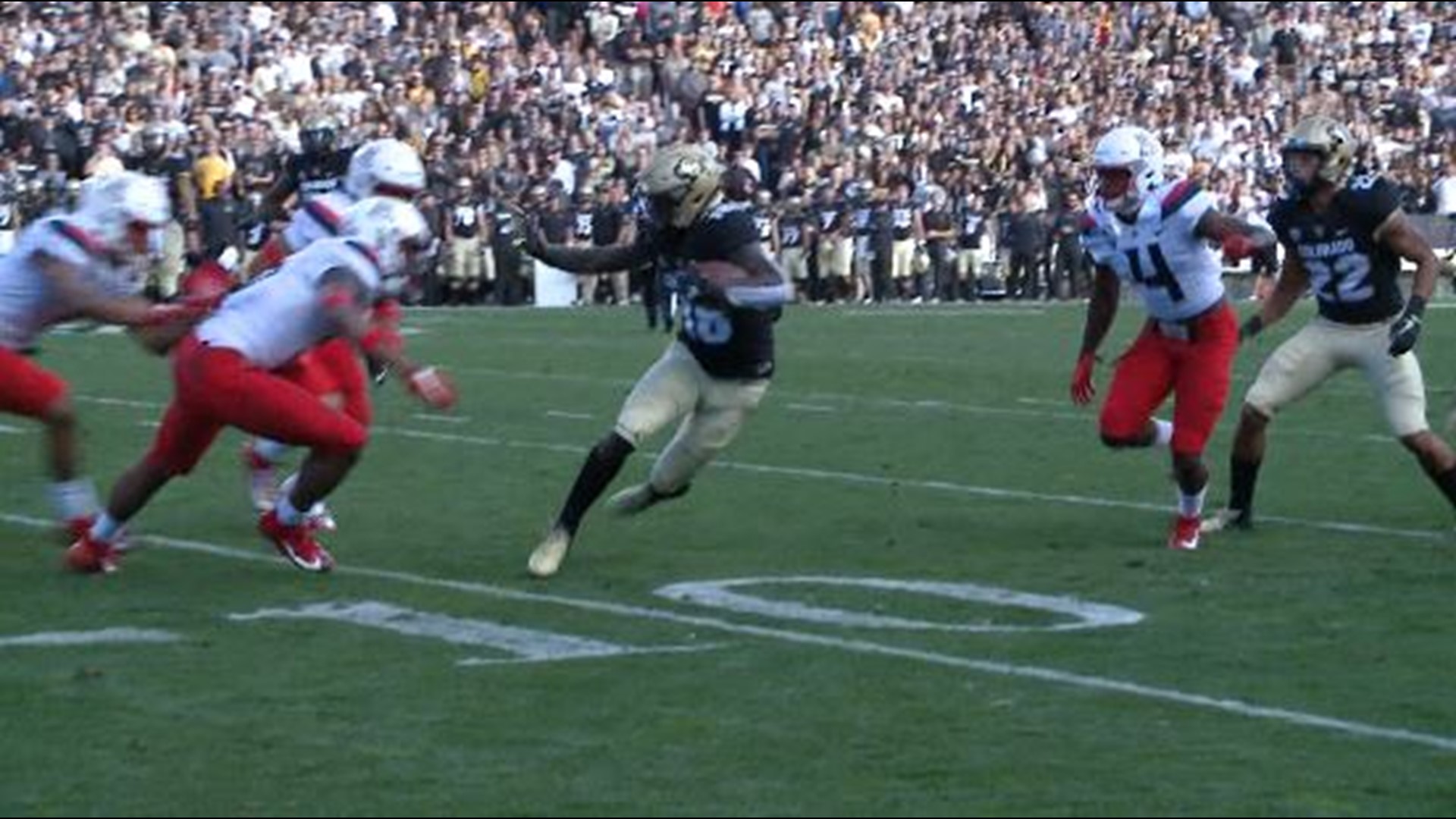 BOULDER, Colo. — CU has been playing without its top play-maker and likely first-round NFL draft pick Laviska Shenault for two weeks. With his health uncertain, it's crucial the team finds another star wideout.

The Buffs are discovering their offensive identity without him and their number-two downfield threat KD Nixon.

"When the ball's coming my way, I want it. That's the money bag for me. Everyone wants money and I want to get my money," senior receiver Tony Brown said.

He's getting his proverbial money, alright. "Touchdown" Tony Brown, as he's affectionately called, has scored five total touchdowns this season, reeling in three on the road at Arizona State when Shenault first left with his abdominal injury. Brown said he wants the spotlight on him once again.

Mel Tucker said he's not surprised with the recent success since he's been impressing the staff since day one.

"It seems like every single week we talk about Tony Brown, his name gets brought up and that's because he's very consistent and he always makes plays," Tucker said. "So I just think there's a reality that we need to come to that he's a good player."