CU football excited for challenge of No. 5 Texas A&M at Mile High

The Buffs will welcome in the Aggies on Saturday afternoon to Empower Field at Mile High and relish the opportunity to play a top team in an NFL stadium. 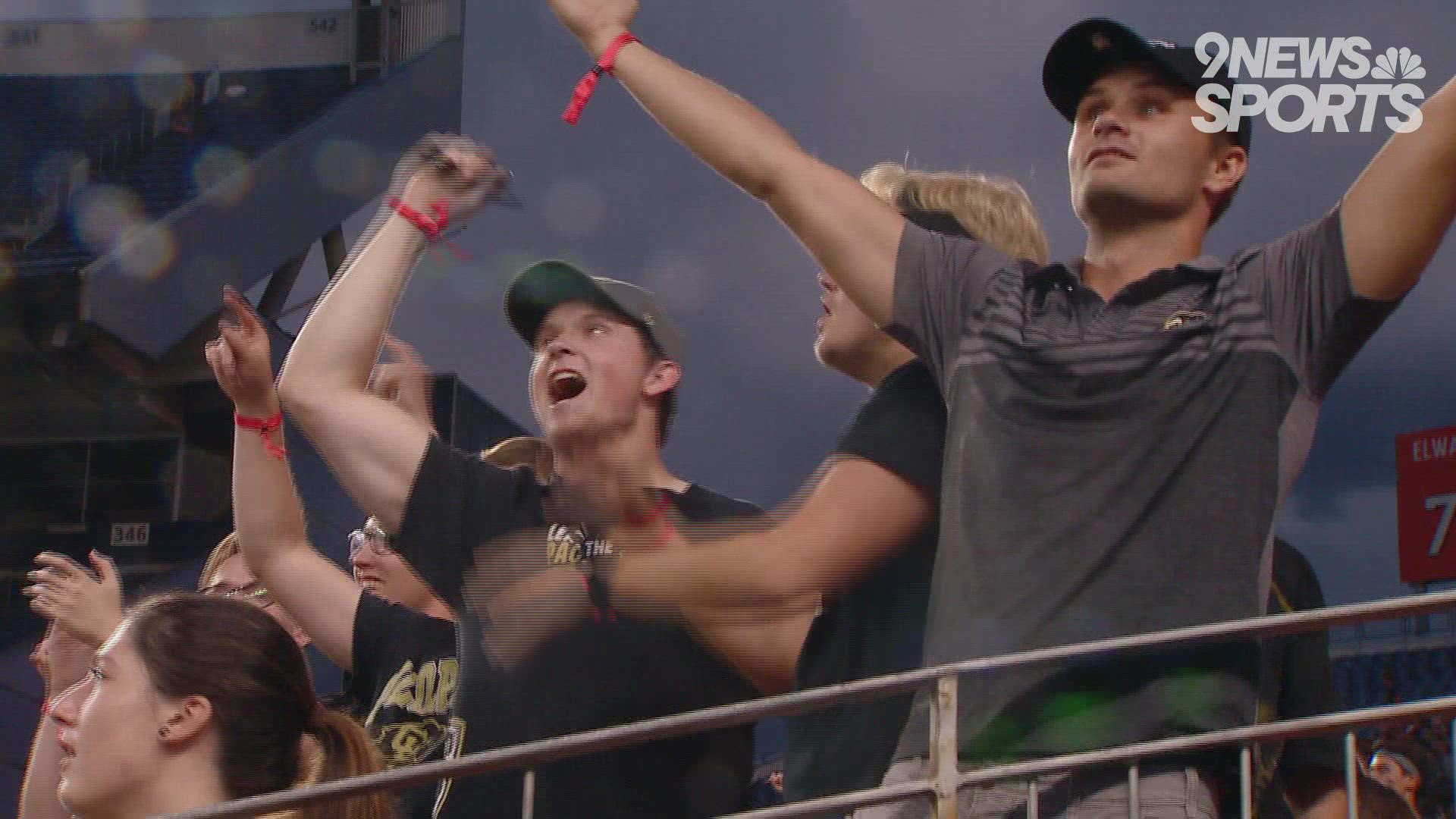 DENVER — The dream to play, or coach, in an NFL stadium is an opportunity not many get to fulfill.

The CU Buffs will get that opportunity on Saturday afternoon when they host No. 5 Texas A&M at Empower Field at Mile High.

"I have a lot of great memories of really great games played at that stadium so it's going to be great for our players, particularly for our new guys, who haven't been in a stadium like that," said CU football head coach Karl Dorrell.

"You know, probably in his mind, the bigger start was Friday because it was his first start, he was playing at home, it was a really big crowd, and by the way, our crowd was awesome," said Dorrell.

The QB felt the same way.

"Last week was my first start and seeing all of those people at Folsom, I was like 'whoa!' that was my first time ever doing that, first time playing in front of that many people, so I would definitely agree with that," Lewis said.

If anything, it might be the No. 5 team in the nation that causes the Buffs to buckle. But if they're going to be a legitimate contender, they'll need all the competition they can muster.

"It does have the potential to be a huge confidence booster in the long run and throughout the season and set a benchmark for how the season could go," Landman said.

It's a challenge the Buffs are excited to take on.

"Right, wrong, or indifferent, those are the opportunities that we want to get ourselves to be in week-in and week-out, so we're embracing it. We're embracing the challenge that it's going to be and we know we have to play well," Dorrell said.