Trey McBride is hopeful to one day play in the NFL and had to weigh the decision whether to enter the draft or stay for one more year. 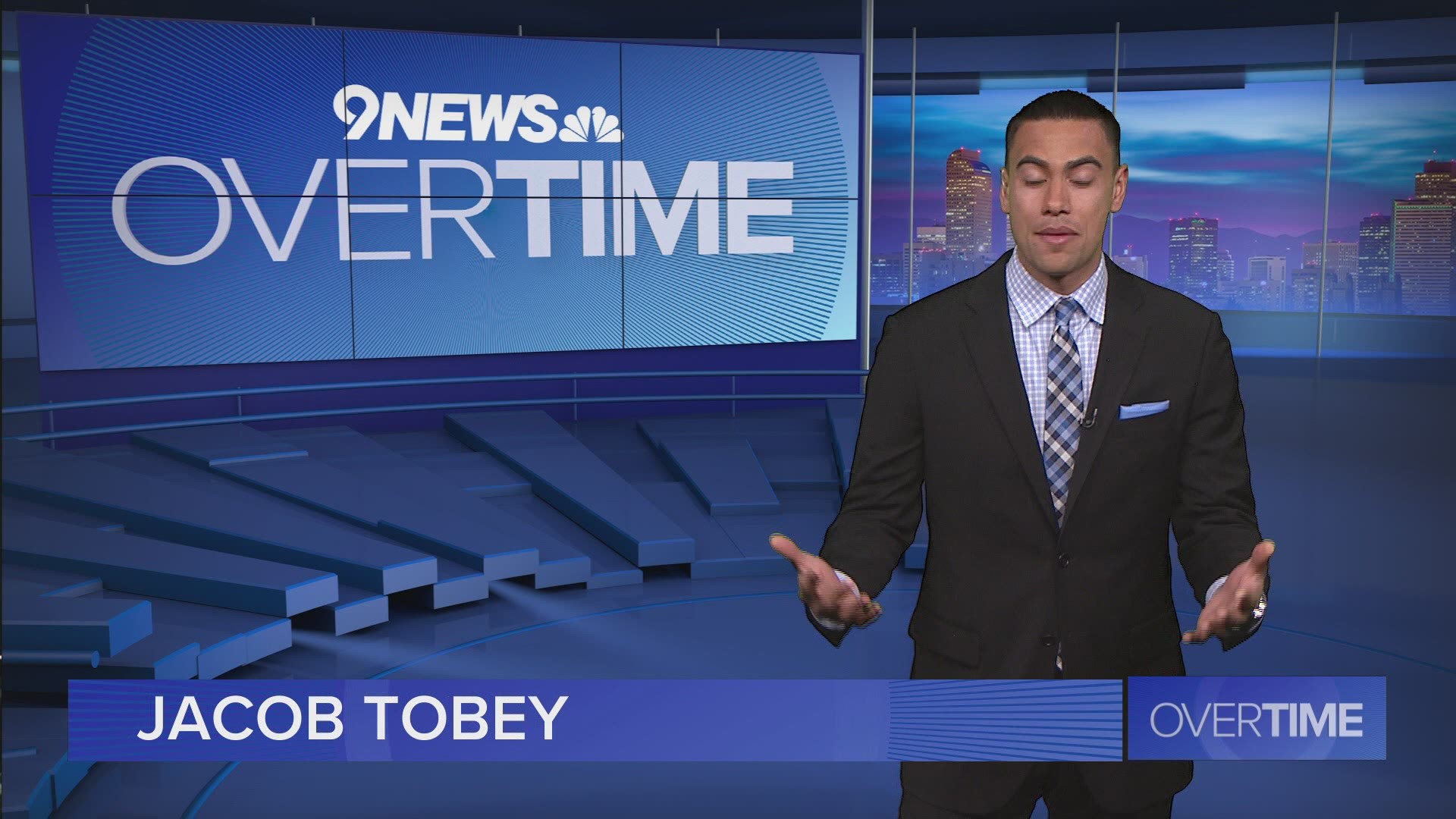 FORT MORGAN, Colo. — On December 30, Fort Morgan natives Trey and Toby McBride announced they would be returning to Colorado State to play one final season for the Rams. While Trey weighed his potential NFL future, Toby had to think about his health, as he’s dealt with back injuries the last four years.

Playing college football this past season was not easy, especially for CSU. Not only did they have to deal with playing through COVID-19, but they had to mix in a new head coach in Steve Addazio and also deal with multiple social injustice issues.

Trey talked about working with a new head coach.

“The thing with a new coach is you just want to spend time with him, get to know him and kind of earn that trust with one another. And that was something that was a little hard to do. But Coach Addazio did a great job of meeting with everybody and making sure that everybody felt, you know, that they were at home," Trey said.

"I would say it (the season) was filled with a lot of adversity,” said Toby. It felt like there was adversity everywhere we looked but I think the team did a really good job of coming together. Trey and I did a good job of leading the team to come together.”

The team had a big reason to come together before even stepping on the field, when it was found out that at the beginning of last summer, offensive lineman Barry Wesley, who’s African American and had taken a summer job as a door-to-door roofing salesman, was held at gunpoint by an armed white man, who claimed Wesley was a member of ANTIFA.

“Yeah it was a super unique situation especially with a new coach,” said Toby. “But Coach Addazio did a really good job of bringing us together. He kind of gave us a platform to talk about it and then as a team we decided to do a march for Barry. And then at the end of the day like I said before, it brought us together. I don’t think it was anything that brought us down. It made the team a lot closer and really showed how much we love each other.”

So how did the brothers decide to come back? Trey detailed the thought process.

“I would say I left it up to Trey a little bit,” said Toby. “He kind of knew where I stood. I didn’t really want to play another season without him on the team.”

Trey is hopeful to one day play in the NFL and had to weigh the decision whether to enter the draft or stay for one more year. Some sites think he would've been a late-round draft pick this season had he declared.

"It was actually really informing to kind of really hear from the guys like where they thought I was going to go and what not so, ultimately I just decided you know I want to play another season for CSU with how last year went," Trey said.

Toby has had quite the journey. The defensive lineman had spinal surgery in 2017, and didn’t know if he could ever play again. He discussed what this journey has been like for him mentally, physically, emotionally.

“Yeah it’s been a roller coaster for sure. I wouldn’t wish this kind of football career on any other person. It’s kind of just, been up and down emotionally every day. Sometimes you wake up and your back hurts for no reason at all. Sometimes you wake up and it feels fine. And then throughout practice you can’t make it through practice but I’m just happy that Coach Addazio came along and hooked me up with the right doctors," Toby said.

The Colorado natives will get one final year to play with each other and it’s something they will never take for granted.

“That’s part of why we didn’t want to give it up and we decided to come back,” said Toby. “We just told each other ‘man it’s fun living in Fort Collins together.’ We have a great house. It’s fun just chilling out. Fort Collins, there's no better place. Playing for Colorado State"

“Yeah that’s something that we really enjoyed. Something very special and very unique. Playing football with one another. We’ve lived together. Grown up our whole lives. We come to Fort Collins. We move into a house together. It’s just kind of unique. Most people don’t really get (that), let alone get to play sports in high school together let alone at the college level Division 1 level it’s very special and very unique. We are truly blessed to be able to do that with one another," Trey said.

“I think the one thing that will really make a special season is having the fans be able to come back in Canvas Stadium,” said Toby. “We love the fans. We read everything they have to say. They support us so much. So having them back this year, hopefully, will kind of give the whole team feel completely different. Make it amplified.”

“I’m just super excited to play another season,” said Toby. “We’re bringing a lot of guys back. A lot of veteran guys that think will bring this team to where we really want to go. I truly am excited to play one more year at CSU.”