The son of former CU player and coach Jon Embree has spent the last three years with the San Francisco 49ers. 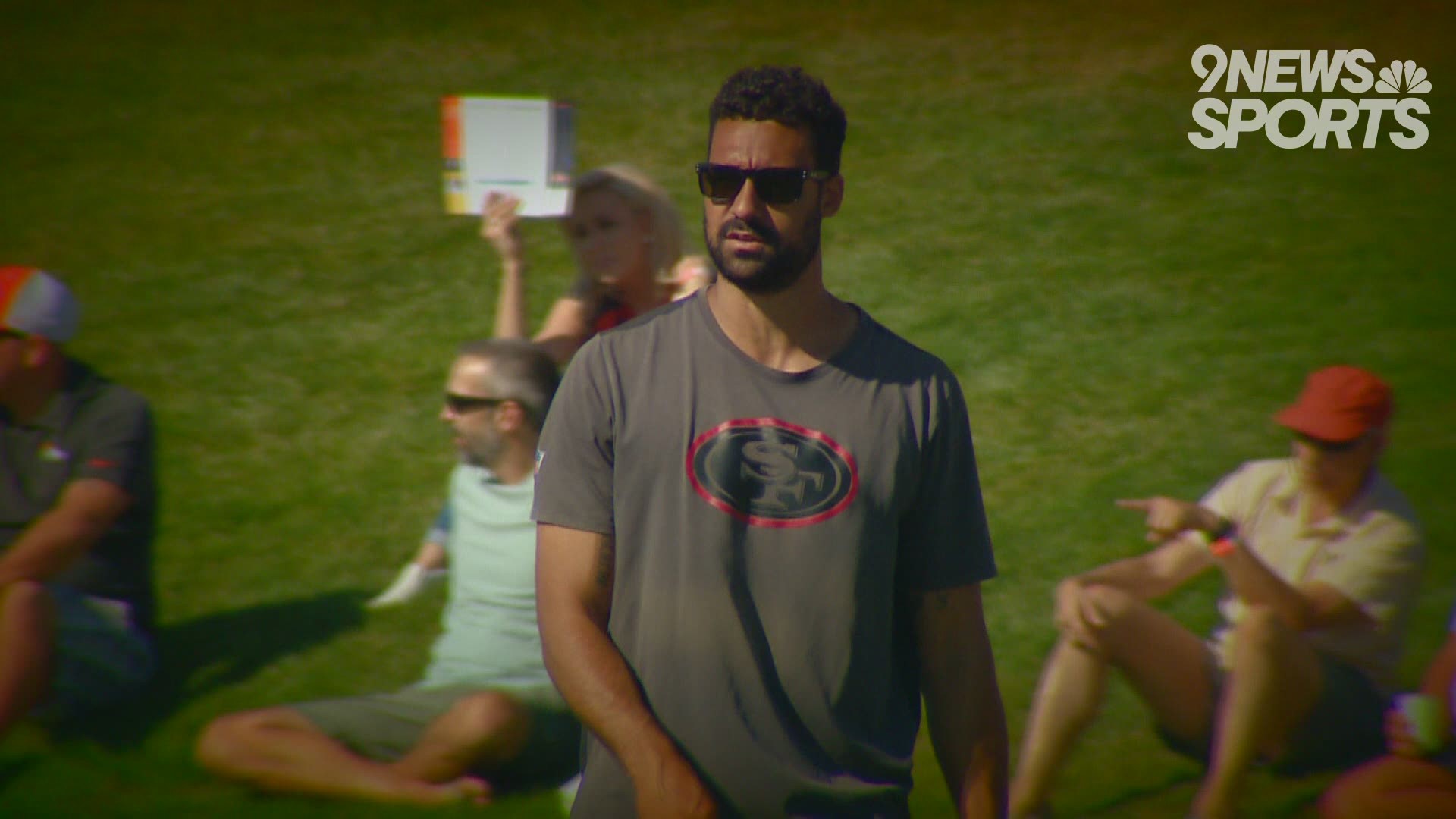 "You know, I grew up a Buff. Obviously, I knew the fight song since second grade. My dad played here, uncle played here. To me, this is a unique opportunity because this is home for me," Taylor recently told 9NEWS.

For the past three years, Taylor coached side by side with his dad, Jon Embree, with the San Francisco 49ers. The former Buffs player and head coach is known to be one of the best tight end coaches in the game.

"Not only because he's my dad, but you look at his resume, he's the GOAT. Greatest of all time tight ends coach," Taylor said.

But now Taylor is excited to put his own personality to work and mold the Buffs tight end group in his own style.

"I like to keep things a little light when we first start the meeting. Usually we'll start by someone telling a story, someone telling a joke. I ask guys how there day was, how their weekend was. You've got to be yourself and for me it's easy to do that," Taylor said.

The lessons his dad taught him on and off the field as well as the time he spent with 49ers head coach Kyle Shanahan has given Taylor the confidence he’ll need to lead his group of CU tight ends.

"I started to learn and understand that the game's played inside the box. Working with my dad and Kyle, those are years that will stick with me forever. They both taught me things that will become the face for me as a coach the rest of my career," Taylor said.

So, why would he leave a job with one of the premiere organizations in football? Well that was easy.

"I told myself I wasn't going to leave where I was unless the perfect opportunity came along and to me this is as perfect as it gets," Taylor said.