Ralphie V to retire after 12 seasons with CU

The university said Ralphie will make her final appearance as a spectator at CU's home game against Washington on Nov. 23. 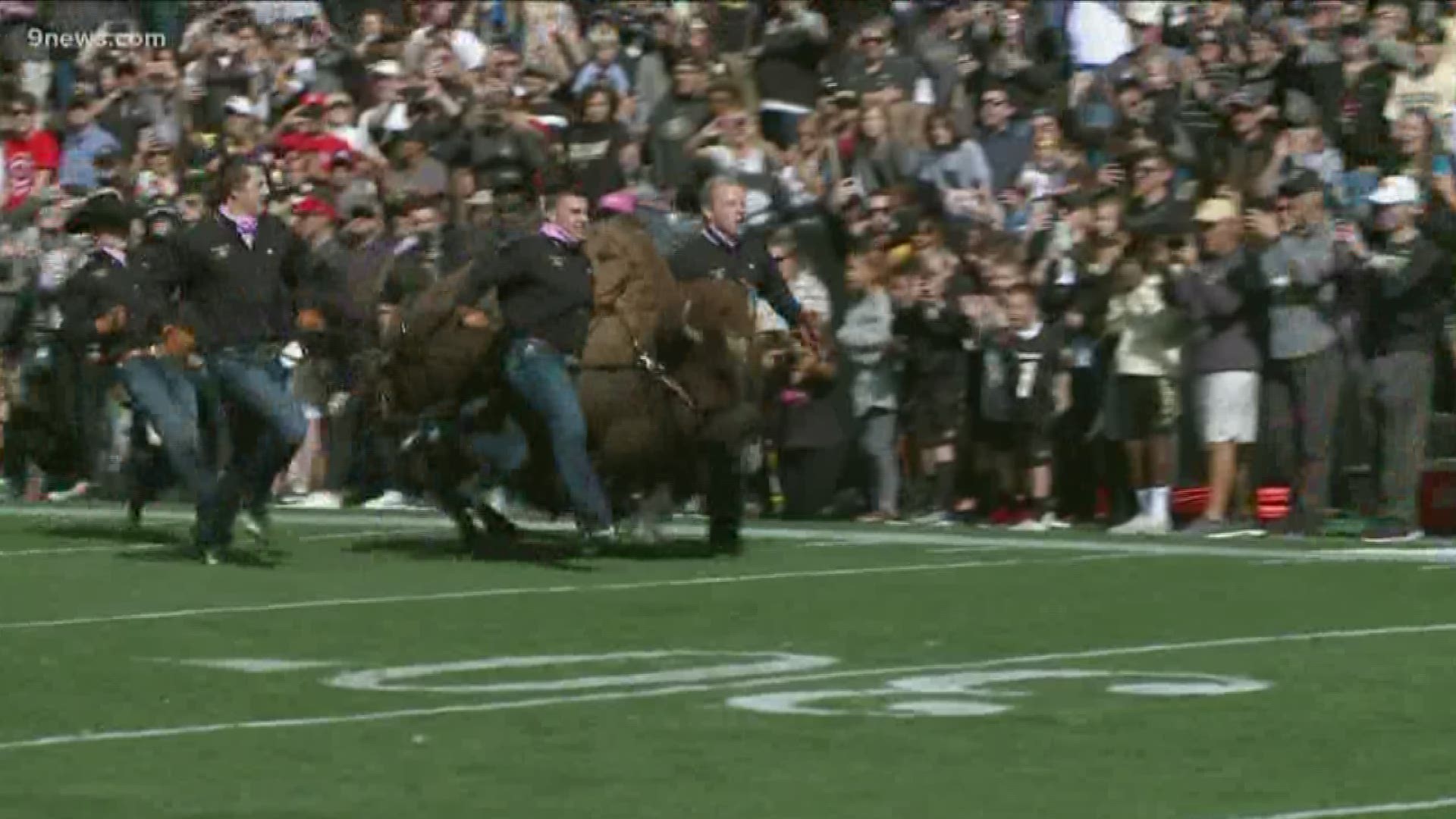 BOULDER, Colo. — Ralphie V will be retiring as the University of Colorado's (CU) live buffalo mascot after 12 seasons, the school announced Tuesday.

The university said Ralphie just hasn't been displaying the same consistency she had in previous years. Ralphie turned 13 on October and is in "great health," according to CU.

The school said its seen past Ralphies' speed decrease as they aged. This wasn't the case with Ralphie V, as she was running too fast.

This created safety concerns for her and her handlers, the university said. She would not consistently respond to her handlers' cues and her temperament was also a factor when leading the team during CU's last two home games against USC and Stanford.

"Ralphie V has served the department and the university well," athletic director Rick George said. "She has been a very special buffalo and has truly been adored by many. We hope she lives for many years to come and look forward to finding her successor."

Ralphie will make her final appearance as a spectator at CU's last home game against Washington on Nov. 23. The school said that although she will not run at her final game, her career will be celebrated.

She will continue to live on her ranch under the program's care as previous Ralphie's have done, the university said.

Ralphie V will also make public appearances on behalf of the school as other retired Ralphies have done asher eventual replacement is prepared for the 2020 season.

The 2019 season is the 53rd season that a live buffalo has led the football team on the field at the start and second half of the games.

RELATED: For the 2nd Saturday in a row, Ralphie didn't run during CU's pregame at Folsom Field