A three-month investigation found the University of Kentucky coaches and advisor failed to provide proper oversight of the team during off-campus events. 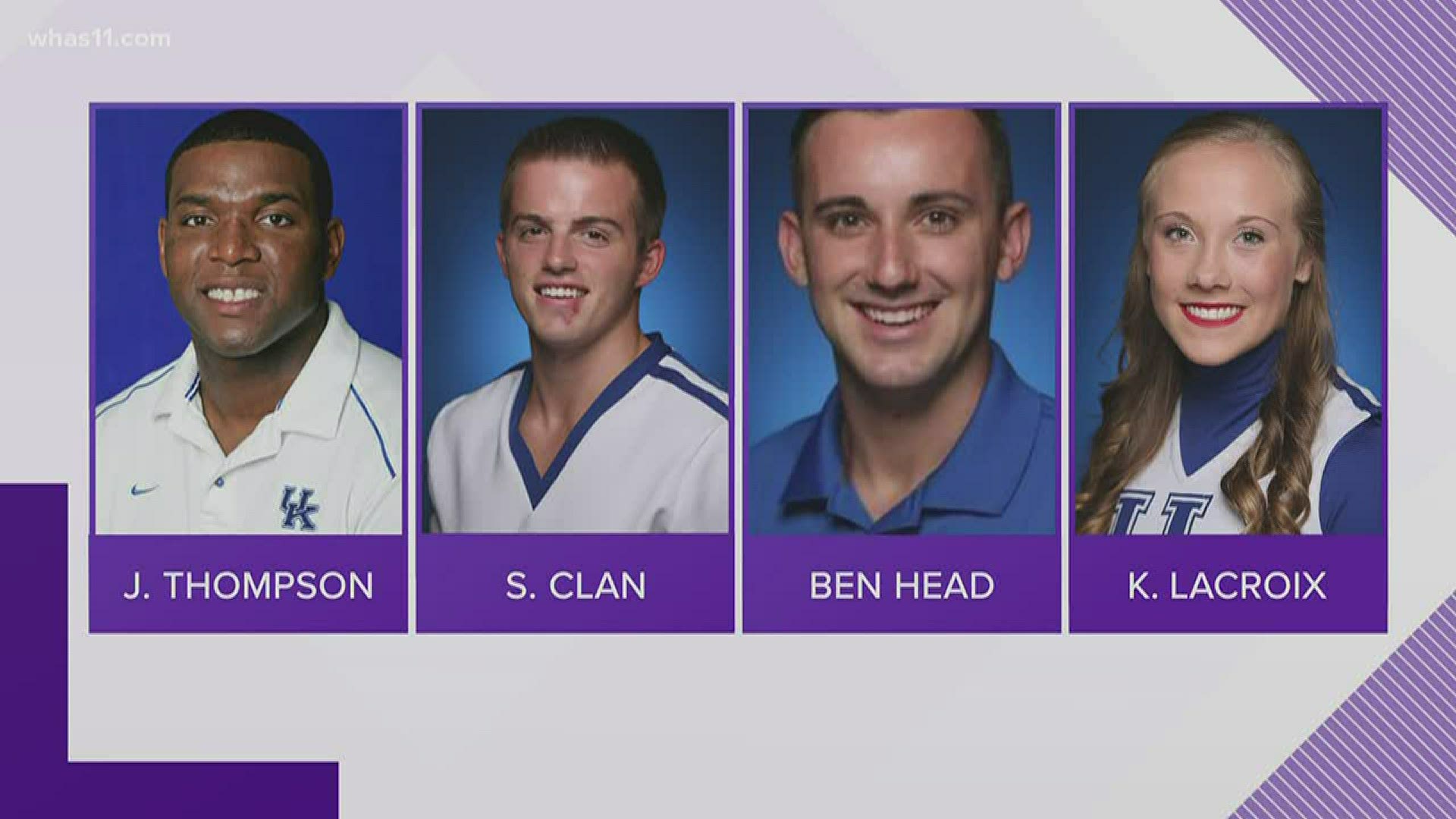 LEXINGTON, Ky. — All four of the University of Kentucky's cheerleading coaches have been dismissed after a three-month investigation found hazing and "inappropriate conduct" by the squad at off-campus events.

“The University of Kentucky has built the nation’s premier collegiate cheerleading program," UK President Eli Capilouto said. "But regrettably, the integrity of the program has been compromised by inappropriate behavior by some squad members on off-campus trips and by lax oversight by the program’s coaches and adviser.”

The investigation began after a family member of a cheerleader contacted a faculty member, raising concerns about the program, in February. During their investigation, they found that cheerleaders were hazed during a camp in Tennessee and retreat at Lake Cumberland.

At the retreat, cheerleaders would hurl teammates from a dock while either topless or bottomless at the direction of other members of the squad. Several squad members became so intoxicated they required medical treatment.

During the investigation, many said they drank in front of some coaches and the adviser. Members said Head Coach Jomo Thompson had a "no drinking and no drugs" policy, but they would pour liquor into Gatorade bottles. The university said sufficient steps were not taken to enforce the rules.

Some cheerleaders were directed to perform "lewd chants" in outfits without underwear as part of an "initiation" during a cheerleading camp at East Tennessee State University.

Thompson said he told the squad they could no longer do a "roast" because he was told they were mean, and squad members said he told them they would be dismissed if they did. He also said he did not know about the "initiation."

Neither the coaching staff nor administrative adviser provided proper oversight during those events. The investigation found no evidence of sexual assault or sexual misconduct during these trips.

Thompson and assistant coaches Ben Head, Spencer Clan, and Kelsey LaCroix were dismissed, and adviser T. Lynn Williamson retired days after learning of the investigation. No cheerleaders were dismissed, and officials said they will undergo anti-hazing and sexual misconduct or harassment training.

“The adviser and the coaches failed to stop a culture of hazing, alcohol use, and public nudity at off-campus activities where they were present,” said Eric N. Monday, UK’s executive vice president for finance and administration. “Our students deserve more responsible leadership and the University of Kentucky demands it.”

The adviser also hired students and coaches to perform work at his home. The Office of Internal Audit is reviewing these and other financial practices.

Monday said UK Athletics has been assigned oversight of the cheerleading program, which is considered a student organization. Athletic Director Mitch Barnhart has directed Sandy Bell, executive associate athletics director to lead the program, including the hiring of a new coaching staff. A national search will be conducted for a new coach.

“The annual retreat will be eliminated, and all off-campus trips will be closely supervised,” Bell said. “Cheerleading squad members will be held to the same standards as all our student-athletes. It’s a new day for UK cheerleading.”

Athletics officials are meeting today with current members of the current squad to share the news and discuss the timeline for hiring and tryouts. UK said it will immediately begin searching for a new head coach for the 2020-21 team.

UK’s cheerleading program has won 24 national championships in the past 35 years and developed hundreds of outstanding students.

This story is ongoing and will continue to be updated.

RELATED: Izayah Cummings becomes a Wildcat from a family of Cardinals

Make it easy to keep up-to-date with more stories like this. Download the WHAS11 News app now. For Apple or Android users.