The Cleveland Browns enter Day 2 of the NFL Draft with one pick in the second round and two picks in the third round. 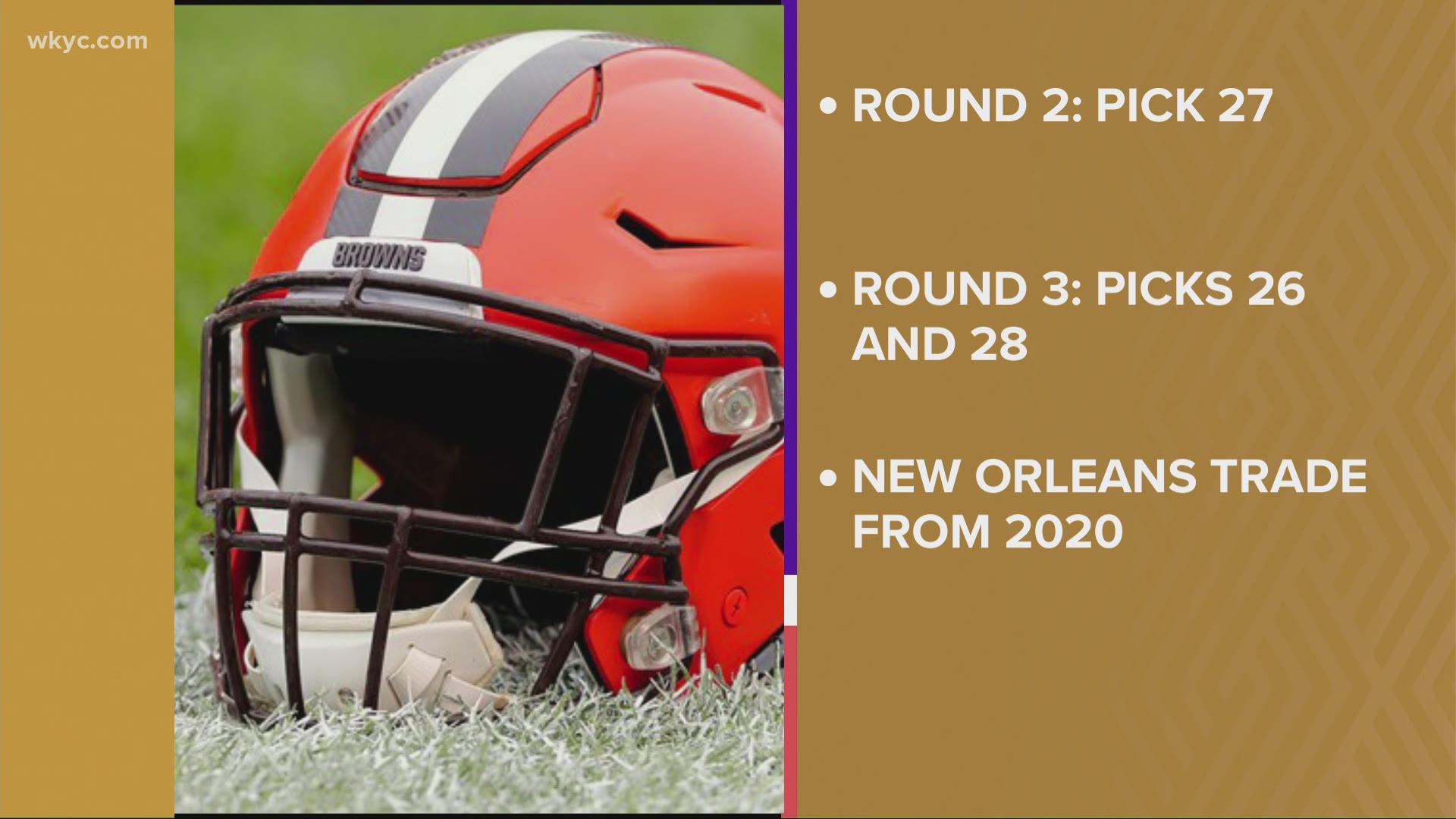 CLEVELAND — Day 2 of the 2021 NFL Draft will take place in Cleveland on Friday night.

With that in mind, let's take a look at some of the players the Cleveland Browns could target in the second and third rounds, in which they currently possess three total picks (No. 59, No. 89 and No. 91).

Of the Browns' remaining needs, depth across their defensive line stands out. At 6-foot-5 and 285 pounds, Carlos Basham Jr. has the size to play inside and possesses the explosiveness and athleticism to play outside.

Cleveland's wide receiving corps could still stand to add some downfield speed. One of the most dynamic receivers in this year's draft, Rondale Moore has the ability to provide just that and could add a new dimension to Kevin Stefanski's offense.

Analytically driven front offices like the Browns' may not place a premium on the linebacker position, but Day 2 is a time it could take some swings. A former 5-star prospect, Baron Browning is one of the draft's most athletic prospects and possesses experience playing multiple linebacker positions.

Sheldon Richardson's release leaves Cleveland in need of another defensive tackle. Alabama's Christian Barmore is considered the top prospect at the position but went unselected in the first round.

Once considered a first-round prospect, injury concerns have caused a Terrace Marshall Jr.'s draft stock to slide. But should the LSU product -- who would add both speed and size to the Browns' receiving corps -- fall to the third round, his talent could be too enticing to pass up.

Other prospects to know: