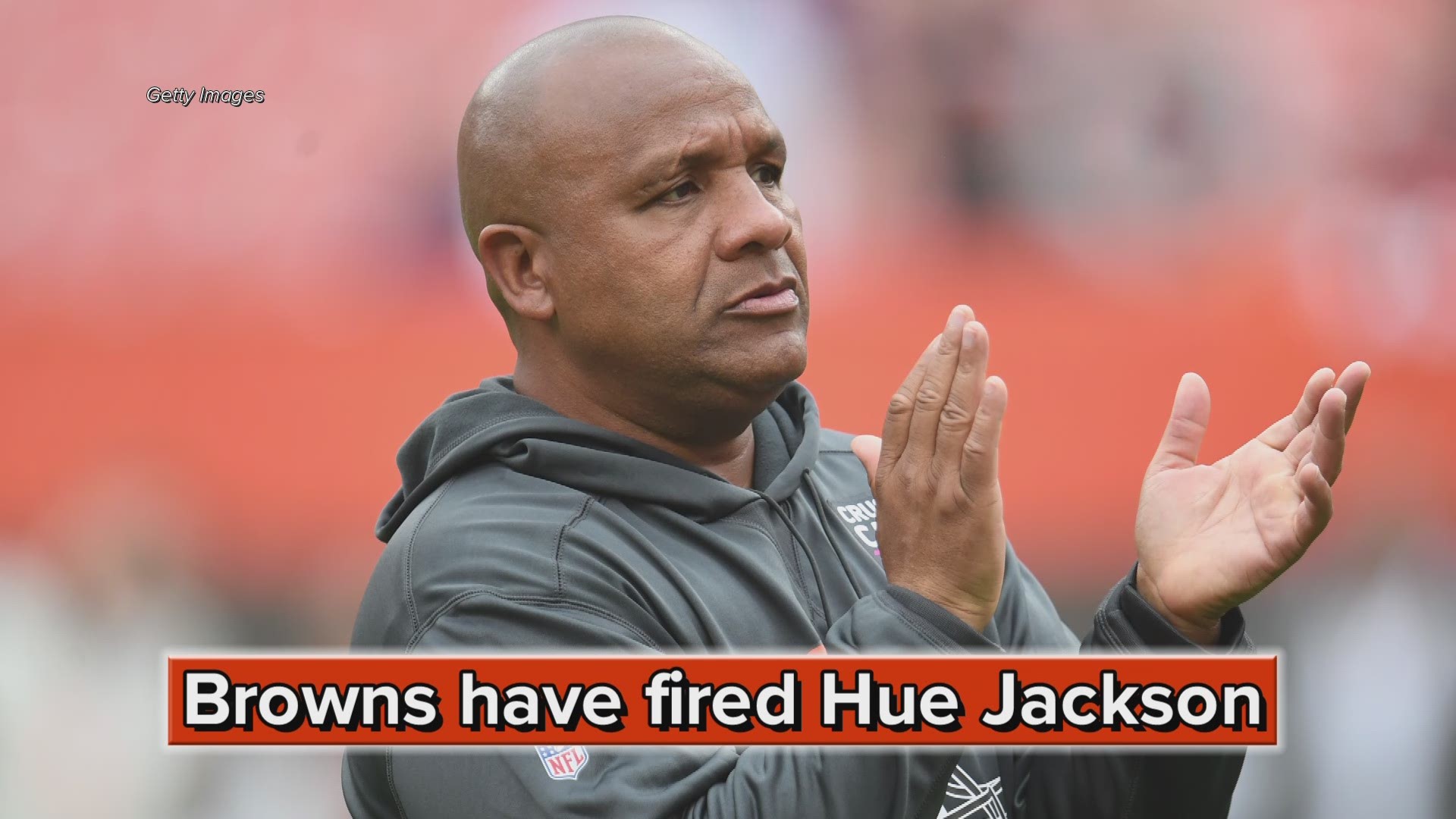 CLEVELAND -- Hue Jackson’s time as the head coach of the Cleveland Browns has come to an end.

WKYC’s Jim Donovan confirmed the Browns made the move Monday less than 24 hours after Cleveland dropped to 2-5-1 on the season with a 33-18 loss to the Pittsburgh Steelers in an AFC North Division game at Heinz Field in Pittsburgh.

Hired in January of 2016 to replace Mike Pettine, Jackson posted a 3-36-1 record and was 1-13-1 within the AFC North Division in his two-plus years as head coach of the Browns. Included in that record were the Browns’ two worst seasons in franchise history, a 1-15 mark in 2016 and only the second 0-16 season in NFL history in 2017.

A man of his word in that regard, Jackson jumped into Lake Erie with more than 100 members of the organization to “cleanse the losing” out of the Browns following the 0-16 season in 2017.

Known for his ability to develop quarterbacks, Jackson struggled to get consistent play out of the position and started a rookie in each of his three seasons with the Browns, Cody Kessler in 2016, DeShone Kizer in 2017 and Baker Mayfield this year.

Mayfield is the only one of the three to have a victory in the NFL.

With a season-ending 28-24 loss to the Steelers last year, the Browns went winless in a 16-game season for the first time in franchise history, and their 17th consecutive loss overall dropped the organization to a league-worst 1-31 since the opening game of 2016.

Jackson was a part of several dubious records during his time with the Browns, as the time had an NFL-record 36 straight Sunday losses, and their 4-49 mark in 53 outings from 2014 to 2017 was the worst in the league in that four-year span.

Additionally, last season, the Browns set the record for the worst 28-game stretch in NFL history, as they bested the previous mark of 2-26 set by the expansion Tampa Bay Buccaneers during the 1976-1977 seasons with a 1-27 mark that got four losses worse after Week 13.

Haley struggled to turn the Browns' defensive success into points through the first half of the 2018 season.