The Browns QB said he was happy to take a break from football to tie the knot. 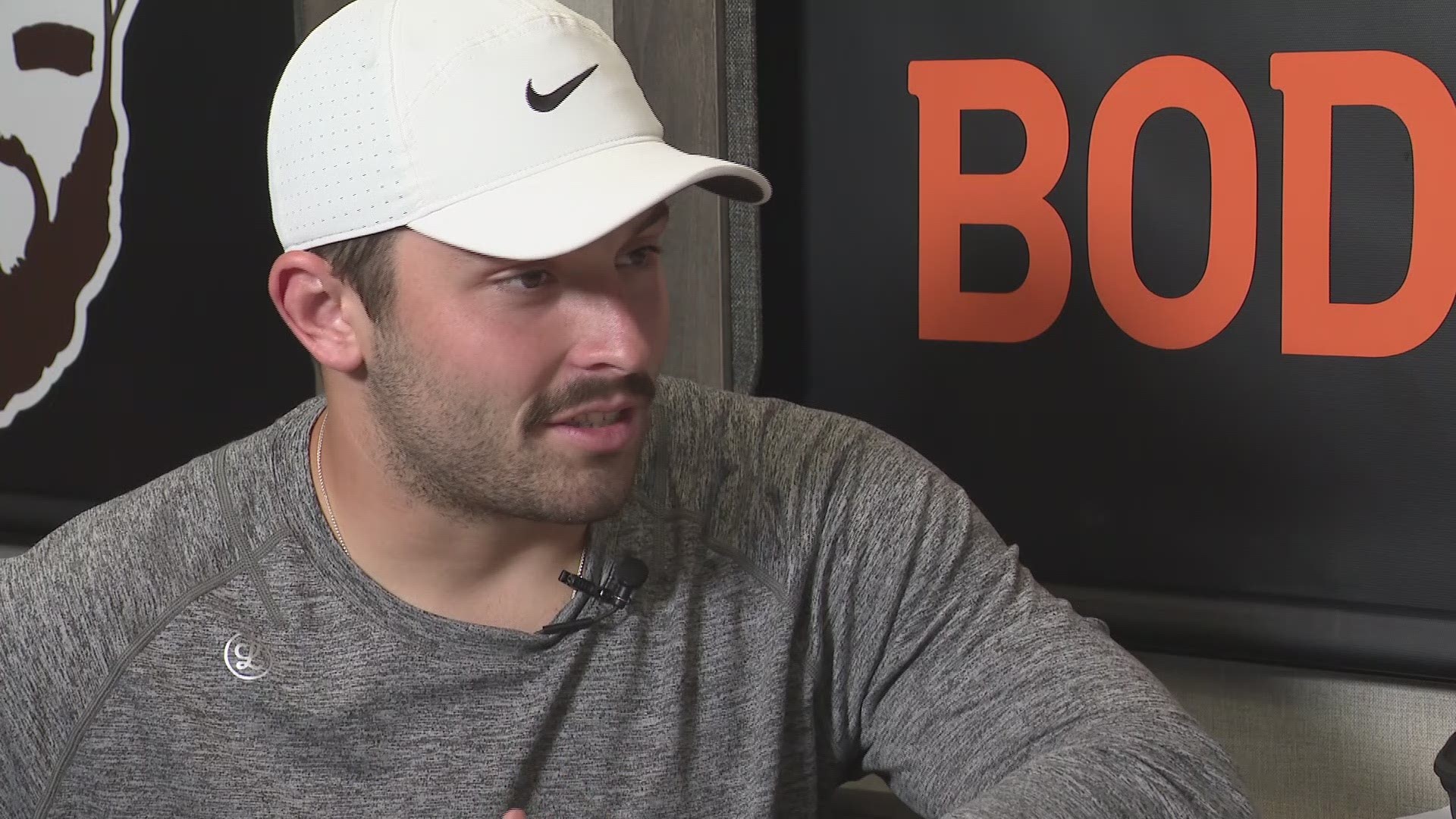 The Cleveland Browns named him the team's starting quarterback by Week 4 of his rookie season. Even that was a slow work in progress by Mayfield's standards.

"I wanted to come here and play and be the one to change it right away," he told ESPN's Mina Kimes in an interview published three weeks ago.

Mayfield also moved fast when it came to marriage. He and his wife, Emily Wilkinson, met in 2017, but she told ESPN's Kimes that she had no interest in dating a "punk football player," adding that she first ignored Mayfield's constant attempts to gain her attention on Instagram.

The pair's first date was just hours before the Rose Bowl, Mayfield's final game as an Oklahoma Sooner. Three days later, Mayfield moved in with Wilkinson. Six months later, they were engaged.

The couple tied the knot July 6 with family and friends in Malibu. It was the highlight of Mayfield's offseason, which he discussed with WKYC's Jim Donovan in an exclusive interview Wednesday.

"You get that break from mid-June to late July before report date, so just enough time to take off from training, get married and enjoy Hawaii for a little bit," Mayfield said.

Though it wasn't a long break, Mayfield said it was important for him to focus on life outside the gridiron for a little while.