The conversation drifted from football to Baker's personality and even Thanksgiving! 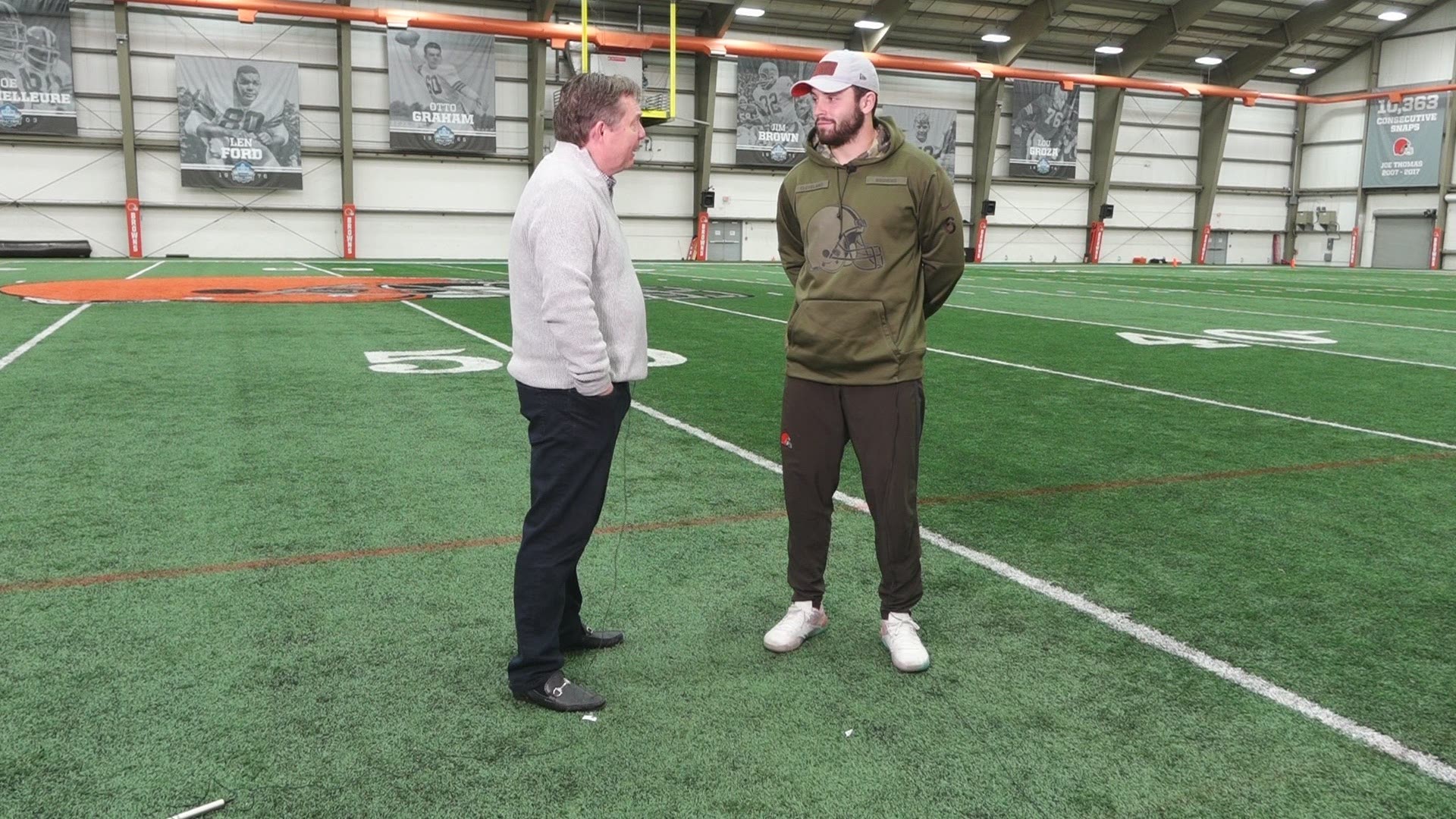 On Friday, WKYC sports anchor and the "Voice of the Browns" Jim Donovan got a chance to catch up with the team's rookie sensation: quarterback Baker Mayfield.

The No. 1 overall pick in this past year's draft, Mayfield has provided a spark to the offense since entering the lineup in Week 3 against the New York Jets, a spark he and the rest of the club hope to keep going this Sunday against the Cincinnati Bengals. Among the fans, Baker himself can start to sense the optimism.

"It's awesome," he said. "The support and the energy around this place right now is unbelievable. We're trying to keep it that way."

The two discussed a variety of topics, including Mayfield's feelings following the firings of head coach Hue Jackson and offensive coordinator Todd Haley. The 23-year-old has described it as the moment he realized the NFL was a "business."

"It was a lot different than anything I had ever been through," he said. "Had to go through it, roll with the punches. That's how I've always done it."

Of course, the conversation also went beyond football: Baker also talked about being away from his family at Thanksgiving "for the first time ever."

"[My fiance] did most of the cooking," he quipped.

Overall, what does he want people to know about him?

You can watch the full interview in the player above.