The 5th Circuit Court of Appeals in New Orleans has vacated a Texas judge’s injunction in the Ezekiel Elliott case, meaning the Cowboys running back’s suspension is set to take effect immediately. 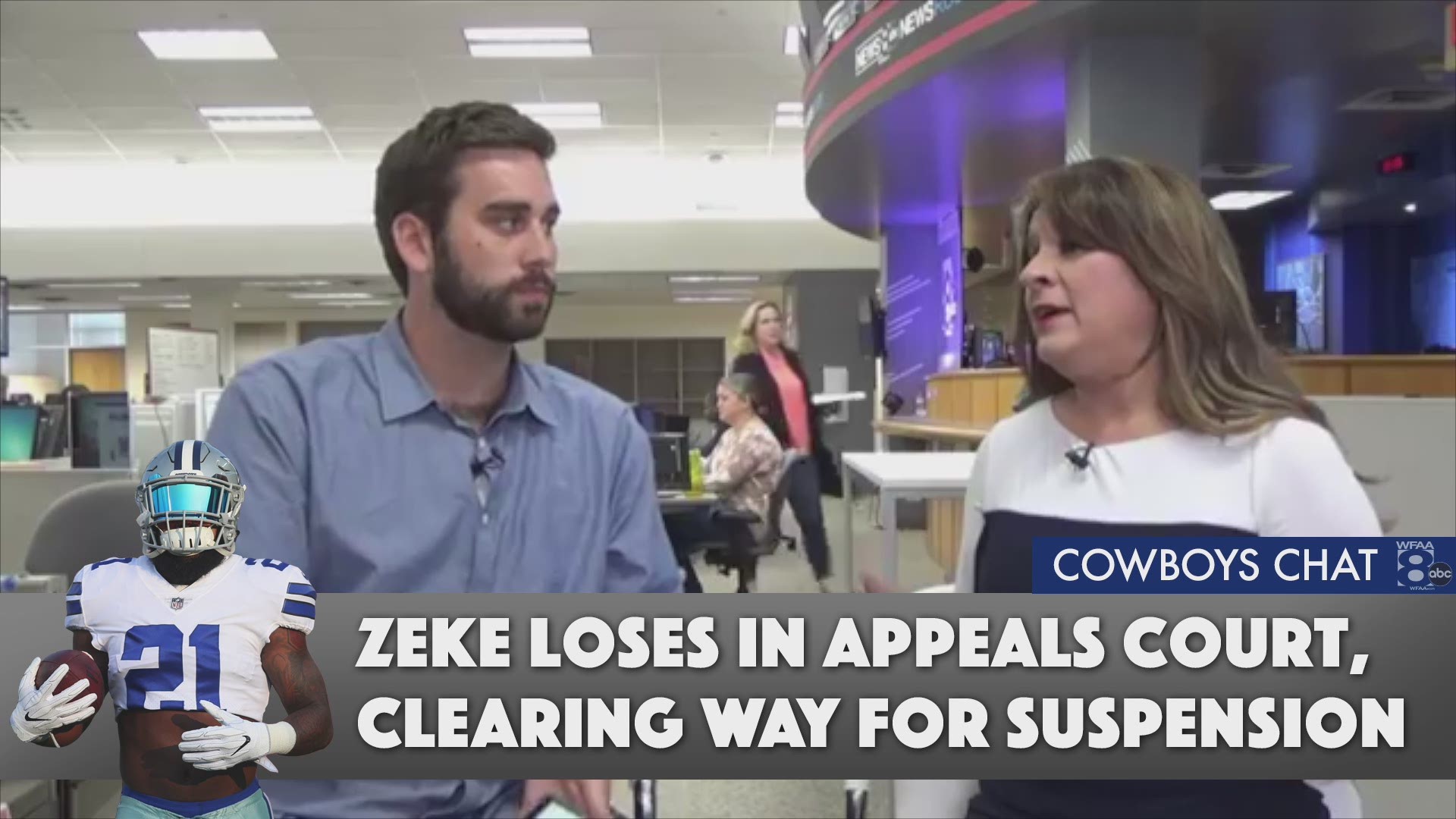 The 5th Circuit Court of Appeals in New Orleans has vacated a Texas judge’s injunction in the Ezekiel Elliott case, meaning the Cowboys running back’s suspension is set to take effect immediately.

Elliott’s camp, however, is likely to file another temporary restraining order in a New York court to once again fight the six-game span that stems from domestic violence allegations made against him in Ohio last year.

Thursday's ruling came down ahead of the Cowboys' bye week, giving him ample time to restart the legal fight. Dallas next plays Oct. 22 in San Francisco.

An NFL spokesperson, however, told WFAA that Elliott's suspension begins immediately and that the second-year running back isn't allowed at the Cowboys' facility.

If Elliott isn't granted another injunction that keeps him on the field, he won't be eligible to play until the Cowboys' Nov. 30 game against Washington.

“We are currently exploring all of our legal options and will make a decision as to what is the best course of action in the next few days. Until that time we have no further comment on the 5th circuit’s decision.”

The NFL Management Council on Thursday sent a letter to the New York district court, stating its intent to file a motion to confirm the six-game suspension.

Last month, the league requested an emergency stay of a judge’s injunction that allowed Elliott to play indefinitely, saying the court didn’t have subject matter jurisdiction to make the decision.

The appeals court ruled that Elliott and the NFLPA had not exhausted all available options when it asked for the preliminary injunction in a Texas court before the league ruled on Elliott's suspension.

Two weeks ago, the NFL sought to throw out Elliott’s entire lawsuit to restore the six-game suspension.

A three-judge panel heard arguments on the case on Oct. 2. No decision was made, but both sides had agreed to an expedited decision.

Elliott was not present at that hearing.

The six-game suspension was handed down in August after a 13-month investigation into an alleged string of domestic violence incidents in Columbus, Ohio the week of Elliott's 21st birthday.