Cleburne product Reggie Robinson II will call AT&T Stadium home this fall, but it won't be his first game in a Cowboys venue. 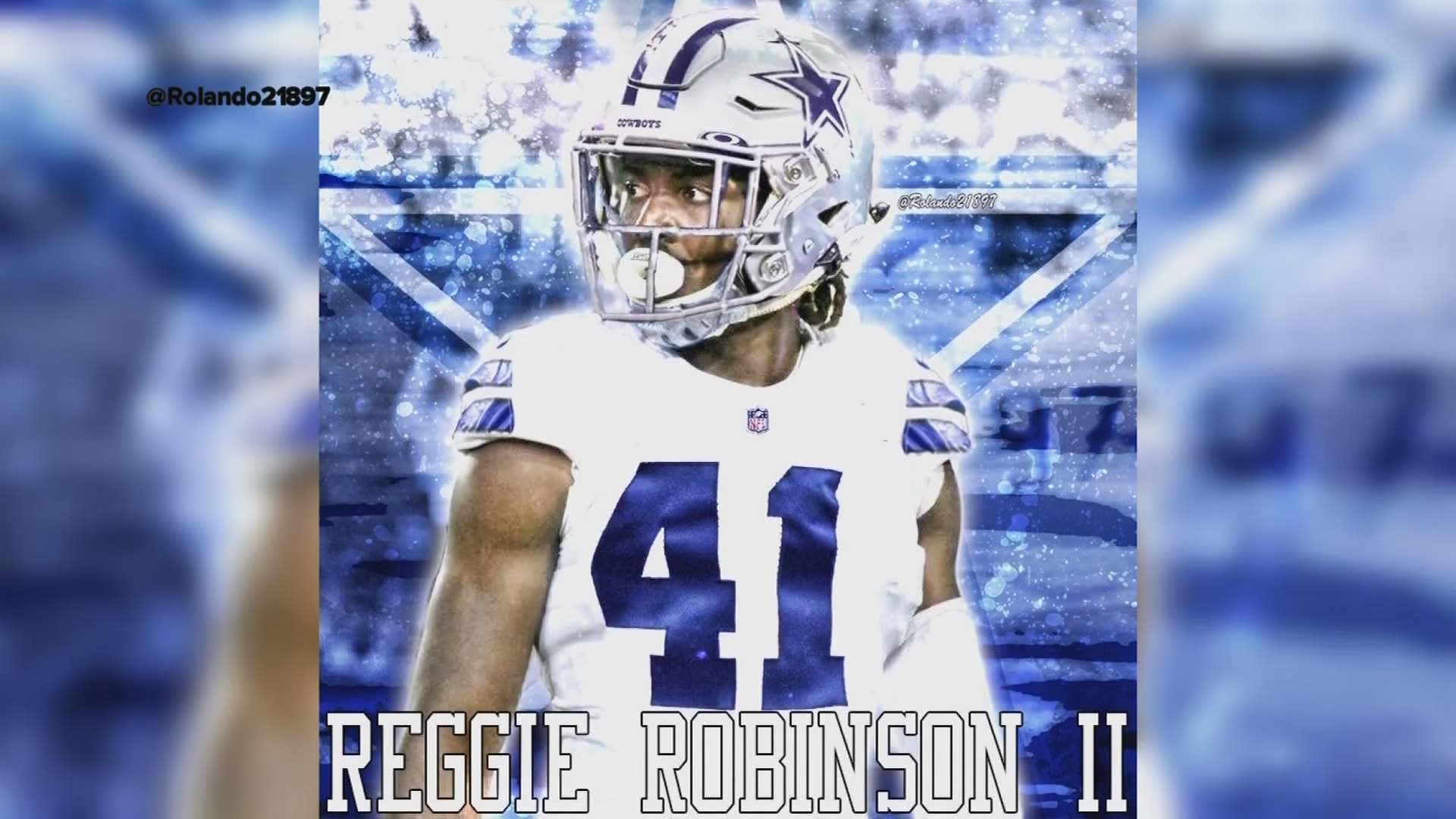 "I asked the lady if they were gonna have '41' jerseys," the father of the Cowboys newest cornerback draftee said. "And she said she didn't know. And I said 'Well, the whole town of Cleburne is gonna want one, so y'all probably need to get some made, and get some in stock!  Because everyone is gonna want a 41 jersey!"

"Everywhere I go people are like 'Oh, congratulations!' and I'm like thanks," Robinson said. "So it's pretty cool."

But no corner of Cleburne responded as loudly as the Robinson household when Cowboys owner Jerry Jones called Reggie's phone in the 4th round of the NFL Draft.

"I could hear Jerry's voice getting closer and closer, cause he had it on speaker phone," Reginald Sr. said.

"And like, as soon as I said who it was on the phone, they just started screaming," Reggie II said with a smile. "So I had to leave, because the phone call wasn't over."

"And then I look at the TV, and you could see 'Dallas selection', and then his name popped up, and my wife started screaming, we all got loud," Reginald Sr. said. "And he was trying to tell us to shut up!"

"And so I had to walk back out, and just listen to the rest of it," Reggie II recalled. "So yeah, I would say everybody is excited here."

And for Reggie, it won't be the first time he plays in a stadium that belongs to the Cowboys.

"I played at the old Dallas Cowboys stadium, when I was in PeeWee football," Reggie II said.

From Texas Stadium in Irving -- when he was in 3rd grade -- to Jerry World, as a pro. Not a bad trip for a kid from Cleburne.

"It's gonna be awesome, because all the road trips we took to Tulsa, we used to have to get up at four o'clock in the morning, make that five-hour drive," Reginald Sr. recalled. "Now it's an hour down the road."

And you can bet, the Robinson's, and all of Cleburne, will be making that hour drive, donning their "41" jerseys and making some noise in Arlington.

"Since peewee, I always told him he was the best kid on the field," Reginald Sr. said. "I knew he had potential, way back then. And it all came full circle."