Rookie tight end went down in third quarter of Broncos' game Sunday at Atlanta. Okwuegbunam had 11 catches for 121 yards in last 4 games. 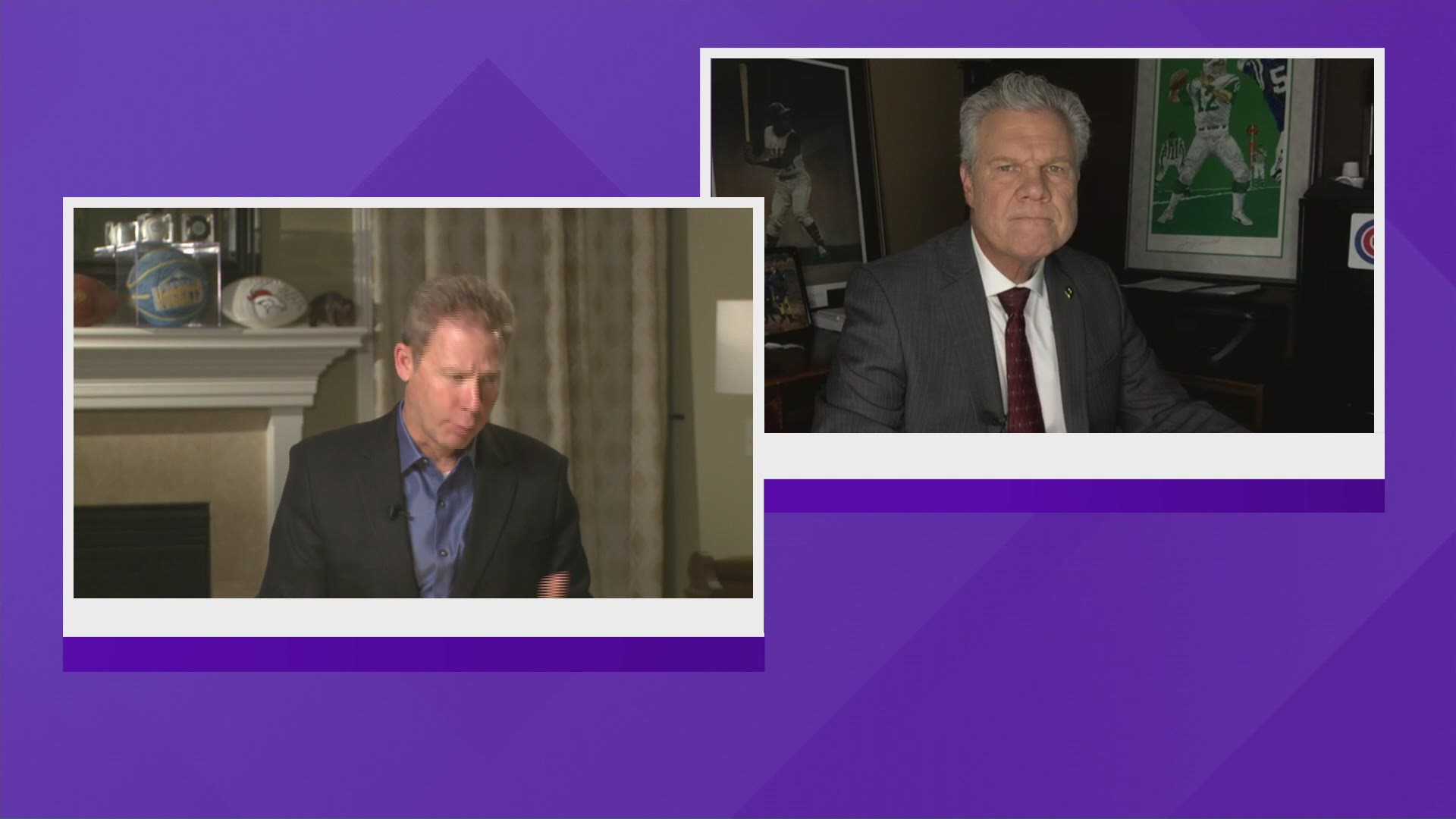 ENGLEWOOD, Colo. — The Broncos have lost rookie tight end Albert Okwuegbunam for the rest of the season after an MRI exam Monday revealed a torn ACL in his right knee, sources told 9NEWS.

He suffered the injury while making a 7-yard catch to convert a third-and-6 late in the third quarter of the Broncos 34-27 loss Sunday to the Atlanta Falcons at Mercedes-Benz Stadium, which has artificial turf.

Drafted in the fourth round out of Missouri, where he was a favorite red-zone target of quarterback Drew Lock, Okwuegbunam was inactive through the Broncos’ first four games, then started making contributions as a receiver in the next four. He was a huge contributor in the Broncos’ rally from 21 points down to defeat the Los Angeles Chargers, 31-30 last Sunday as he caught a 9-yard touchdown pass from Lock, plus drew two pass interference penalties on the final, game-winning drive.

Okwuegbunam finishes his first year with 11 catches for 121 yards.

1 / 5
AP Photo/Danny Karnik
Denver Broncos tight end Albert Okwuegbunam (85) catches a pass during the second half of an NFL football game against the Atlanta Falcons, Sunday, Nov. 8, 2020, in Atlanta.

Albert O, as he’s called, will become the 13th player on the Broncos’ injured reserve list. Four other players were on IR earlier this season but have returned. The IR list includes such stars as Von Miller, Courtland Sutton and Jurrell Casey.