Aqib Talib did not accompany the Denver Broncos on their trip to the White House for a visit with President Obama on Monday. 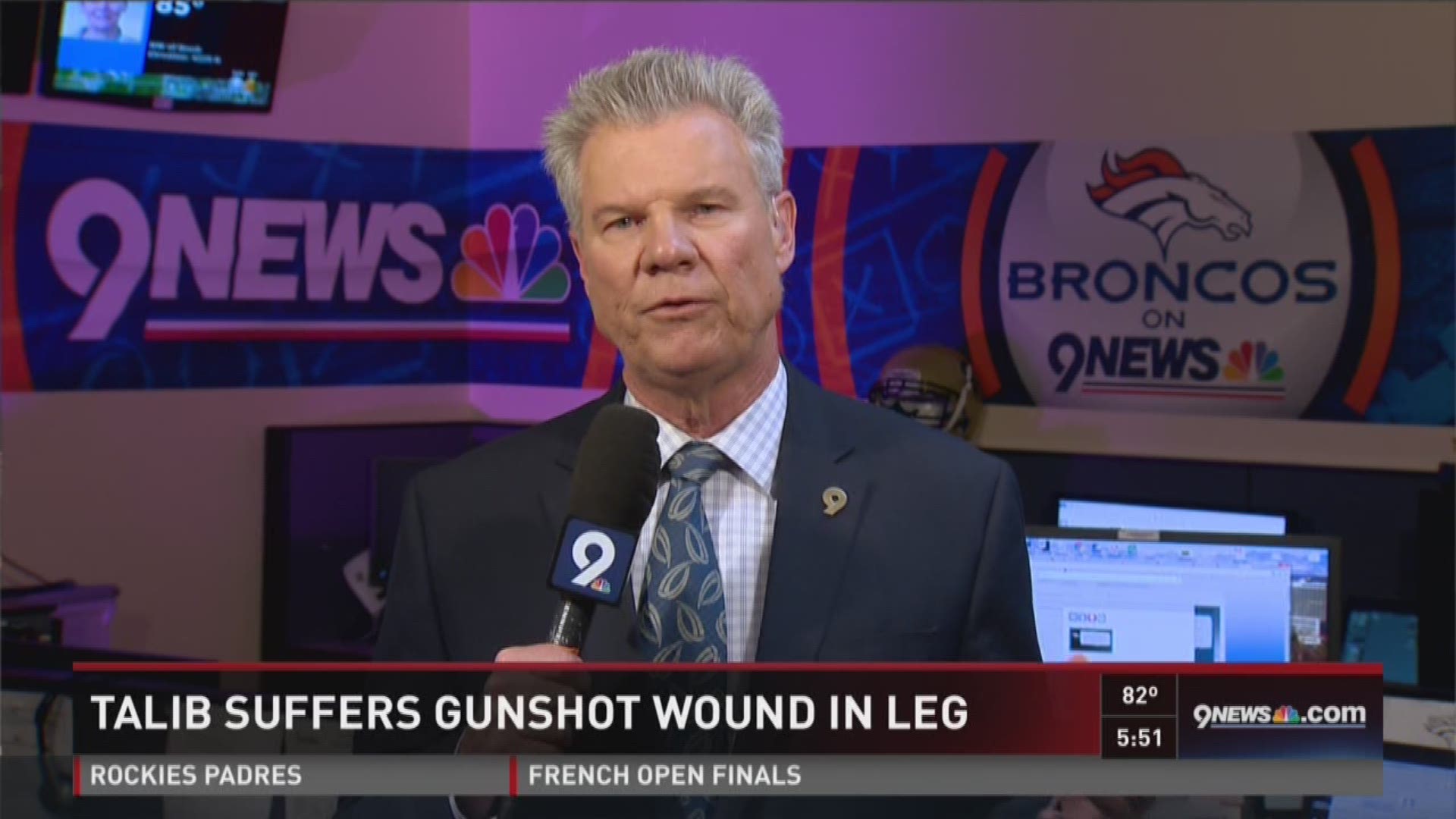 Aqib Talib did not accompany the Denver Broncos on their trip to the White House for a visit with President Obama on Monday.

The Pro Bowl cornerback remained under observation at a Dallas hospital until he was released on Monday afternoon. He had been shot early Sunday morning.

Police said the bullet wound went in the rear of his right thigh and out his right calf. The wound did not require surgery.

Aqib told Dallas Police he was at a park when he was shot at around 3:40 a.m. Sunday, according to 9NEWS sister station WFAA.

"Everything was a blur and I was too intoxicated to remember what happened," Dallas Police say Talib told them.

Initial reports said Talib was one of three people shot in a Dallas nightclub, Vlive, Dallas Police confirmed to WFAA.

"We are in communication with Aqib Talib, who remains at a Dallas hospital for observation as he recovers from a gunshot wound suffered to his lower right leg on Sunday. He is expected to be released from the hospital soon, and we are glad he is OK and will make a full recovery.

"Our organization has been in touch with the NFL on this matter, and we will provide additional updates as appropriate.”

The Vlive nightclub is open daily from 11 p.m. to 5 a.m. Multiple reports said a fight broke out at the club prior to the shootings. WFAA reported Talib was driven to the Dallas hospital with in his Rolls Royce. Dallas police have filed two reports in the case.

Talib, 30, has 30 career interceptions, including seven he has returned for touchdowns -- ranking No. 1 among NFL cornerbacks in both categories since he became a starter in 2009. He has made the Pro Bowl the previous previous three seasons, the last two with the Broncos.

This is not the first time Talib has been involved in a gunshot incident. In March 2011 Talib was charged with aggravated assault by police in Garland, Texas after he allegedly fired a gun at his sister's boyfriend. The charges were later dropped.

In April 2015, Talib and his brother were investigated for aggravated assault following an altercation at another Dallas nightclub. Charges were never filed in the case. Talib moved with his mom from Cleveland to Dallas when he was in eighth grade. He attended Berkner High School in Richardson, Texas, an inner suburb of Dallas.

The defending Super Bowl-champion Broncos are flying early Monday morning to Washington D.C. for a tour of the White House and a visit with President Obama. Talib said last week he bought a custom-fitted, $3,500 suit for the occasion.

Talib is scheduled to make $9.68 million this season which includes a $468.750 roster bonus if he plays in 16 games. The NFL is expected to investigate his latest incident. More details will become available once the Dallas police release their findings. 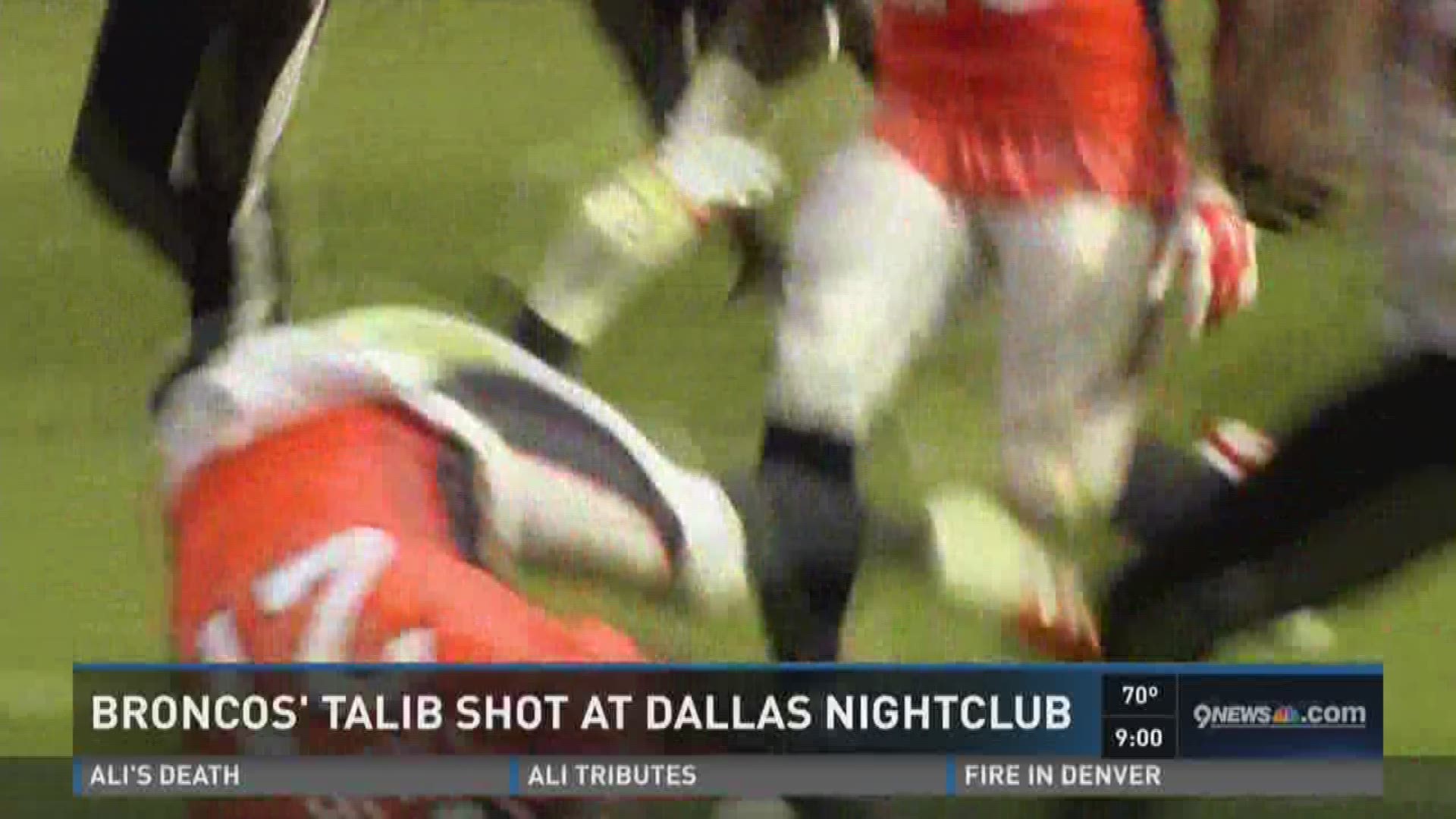