Chubb was able to finish the game but the pass rusher will need surgery. Undrafted rookie Malik Reed is the next man up. 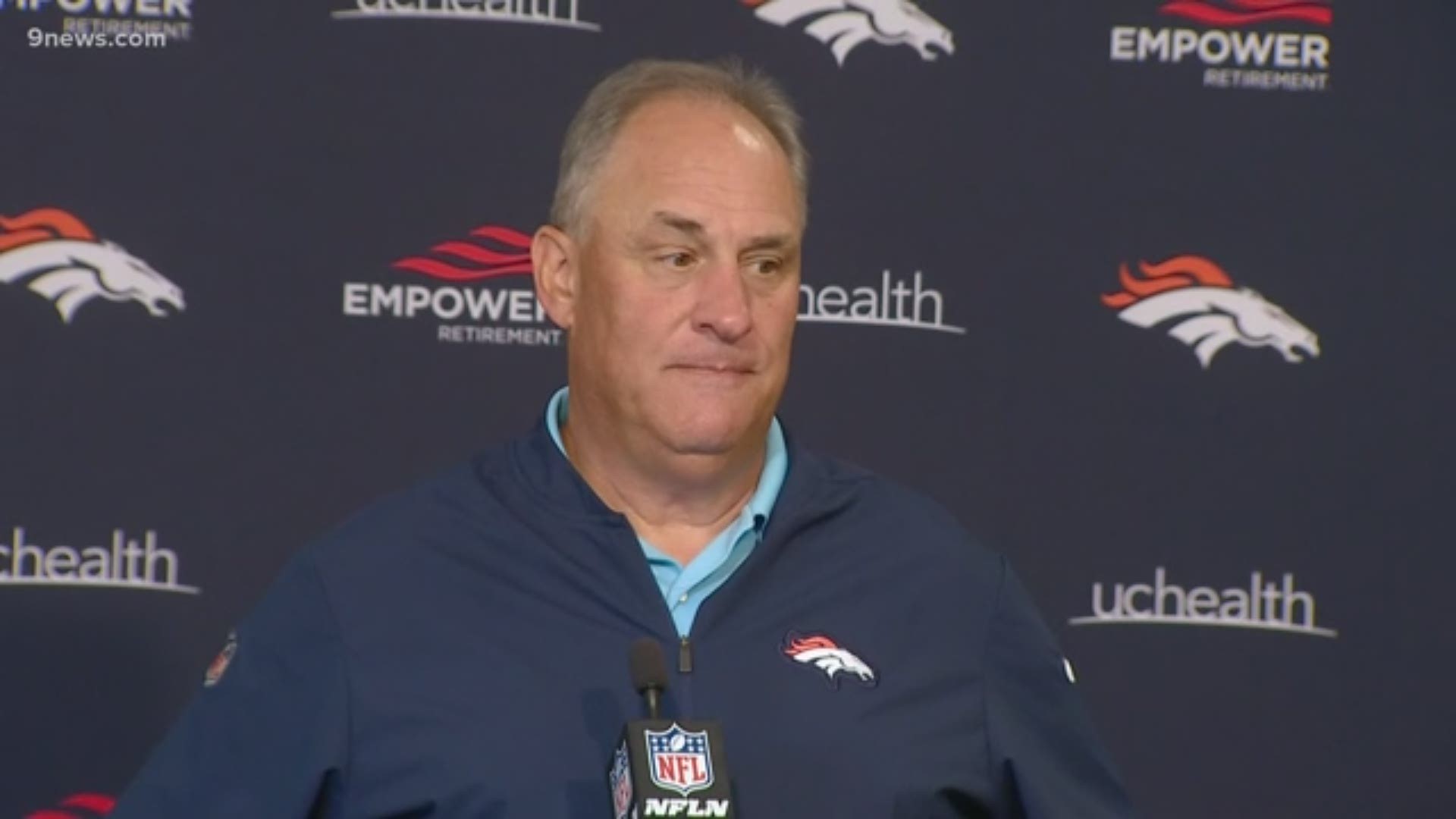 ENGLEWOOD, Colo. — The Denver Broncos are going to great lengths to teach us a lesson.

That lesson: It can always get worse.

You didn’t think so after the team just lost another heartbreaker Sunday to Jacksonville to drop to 0-4.

But now Bradley Chubb is out for the season with a partially torn ACL. Chubb got his first sack of the season Sunday but later left the game with two different ailments -- cramps in his calf, and then a knee injury.

"He did hurt his knee at some point in the game, but he felt good enough to come back, and actually he played that last series pretty damn well,'' said Broncos head coach Vic Fangio. "He had some really good pass rushes and caused that fumble that we weren’t able to get. So he was as surprised as anybody this morning when he woke up feeling the way he did.”

Malik Reed, an undrafted rookie who got his first NFL sack Sunday, is the next man up to replace Chubb. But Fangio said he would probably use a committee. Fifth-round rookie Justin Holland is another option.

Much of the blame for the Broncos demise has been directed at team general manager John Elway. The team has been through many head coaches in recent years.

For three-plus decades, Elway had a magic touch, first as the Broncos' Hall of Fame quarterback and then through his first five seasons as a GM. But he’s been terribly unlucky this year. His top four free agent signings – Ja'Waun James, Kareem Jackson, Bryce Callahan and Theo Riddick – were all hurt and didn’t play against Jacksonville.

And now Chubb — was the No. 5 overall selection in the 2018 NFL Draft and broke Von Miller's team rookie record with 12.0 sacks last year — is out for the season.

“There’s no pity parties in the NFL,'' Fangio said.

The Broncos must beat Phillip Rivers and the Chargers this week in Los Angeles to avoid the first-ever 0-5 start in franchise history.