Former Broncos wide receiver Brandon Marshall posted a video of the incident to Instagram on Friday. 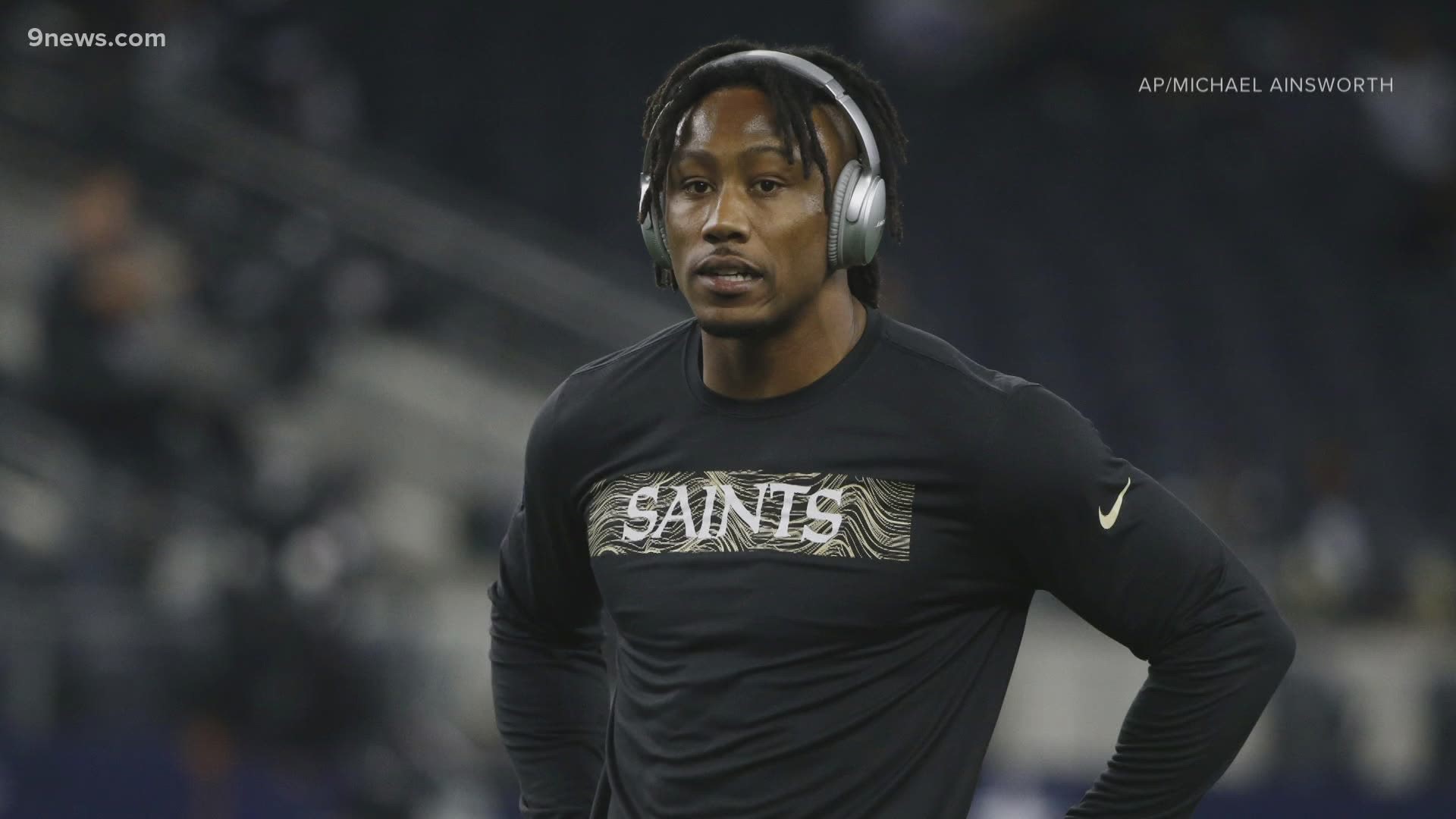 WESTON, Fla. — Former Denver Broncos wide receiver Brandon Marshall posted a photo on Instagram Thursday showing that a security guard apparently called police on him the first day he moved into his new home in an affluent community near Miami earlier this month.

“The reality is, people fear our skin,” Marshall, who is Black, told CNN affiliate WSVN. “That’s the reality, just moved into a new house, and all I asked the guy was to call the front desk … we just got our keys.”

A spokesperson for the Broward County Sheriff’s Office said deputies were called to the community at around 4:15 p.m. on Aug. 17. No law enforcement action was ultimately taken.

In the video, Marshall is heard saying “this is what we’re seeing every single day. Got two kids in the car right now.”

He later says “I know there’s other Black people who live here” and “there was no threat for you to call the cops.”

In the cellphone video, Marshall is seen confronting what appears to be employees at his housing complex, one of whom is on the phone. A deputy seen in the video waves at the camera.

"It's Real!!! I was so disappointed in myself for getting so emotional with my kids in the car BUT then I realized that being numb isn't an option anymore," Marshall wrote in the Instagram caption for the video.

As of this writing, the video had been viewed more than 280,000 times.

RELATED: Gathering in Denver to pray for Black man shot by police in Wisconsin

“I’ve been watching and processing the same injustice and unrest as you all the last few months,” Marshall wrote in another Instagram post. “We have experienced this pain our entire life. The awareness and conversations being started by protests are great, but it can’t end there.”

WSVN reported that the community Marshall moved into has not responded to their requests for comment.

Marshall told WSVN he felt inspired to share the video and spark conversation in part after NBA players refused to take the court to protest the shooting of Jacob Blake.

“There’s so much good here, but for us to have this amazing community and beautiful community, we have to lean into the issues that’s happening around us," he said.

Marshall was drafted by the Broncos in 2006, where he played until he was traded to the Miami Dolphins in 2010. He had stints in Chicago, New York, Seattle and New Orleans before retiring in 2018.