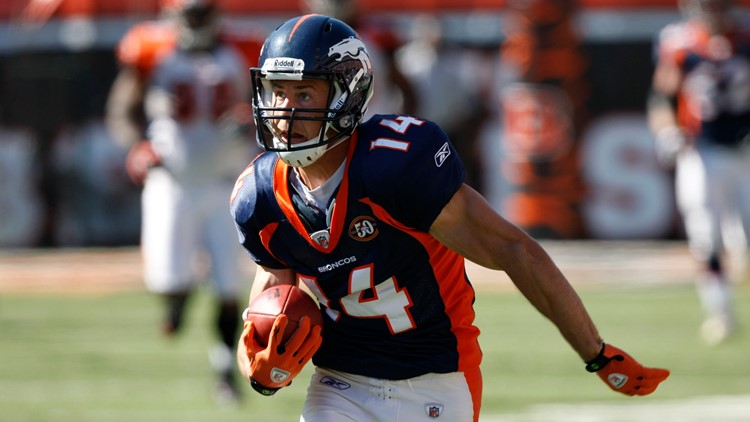 Presented annually by the NFL and USAA, the Salute to Service Award honors a league member who demonstrates an exemplary commitment to honoring and supporting the military community.

The finalists for the 9th annual Salute to Service Award will be announced in January and the recipient will be recognized at the NFL Honors awards show in Miami on Saturday, Feb. 1, the night before the Super Bowl.

In addition to being a former NFL receiver with a 15-year NFL career, Stokely is currently a high school football coach and radio personality at KKFN 104.3 The Fan in Colorado.

Brandon Stokley runs for an 87-yard game-winning touchdown reception in the fourth quarter of an NFL game against the Cincinnati Bengals in Cincinnati on Sept. 13, 2009.
AP Photo/Al Behrman

Stokely was nominated by the Broncos "for being a dedicated volunteer and supporter of the military community."

RELATED: Vitalant, Broncos partner on Monday for Drive for Life 22