Bronco players so far like their new head coach 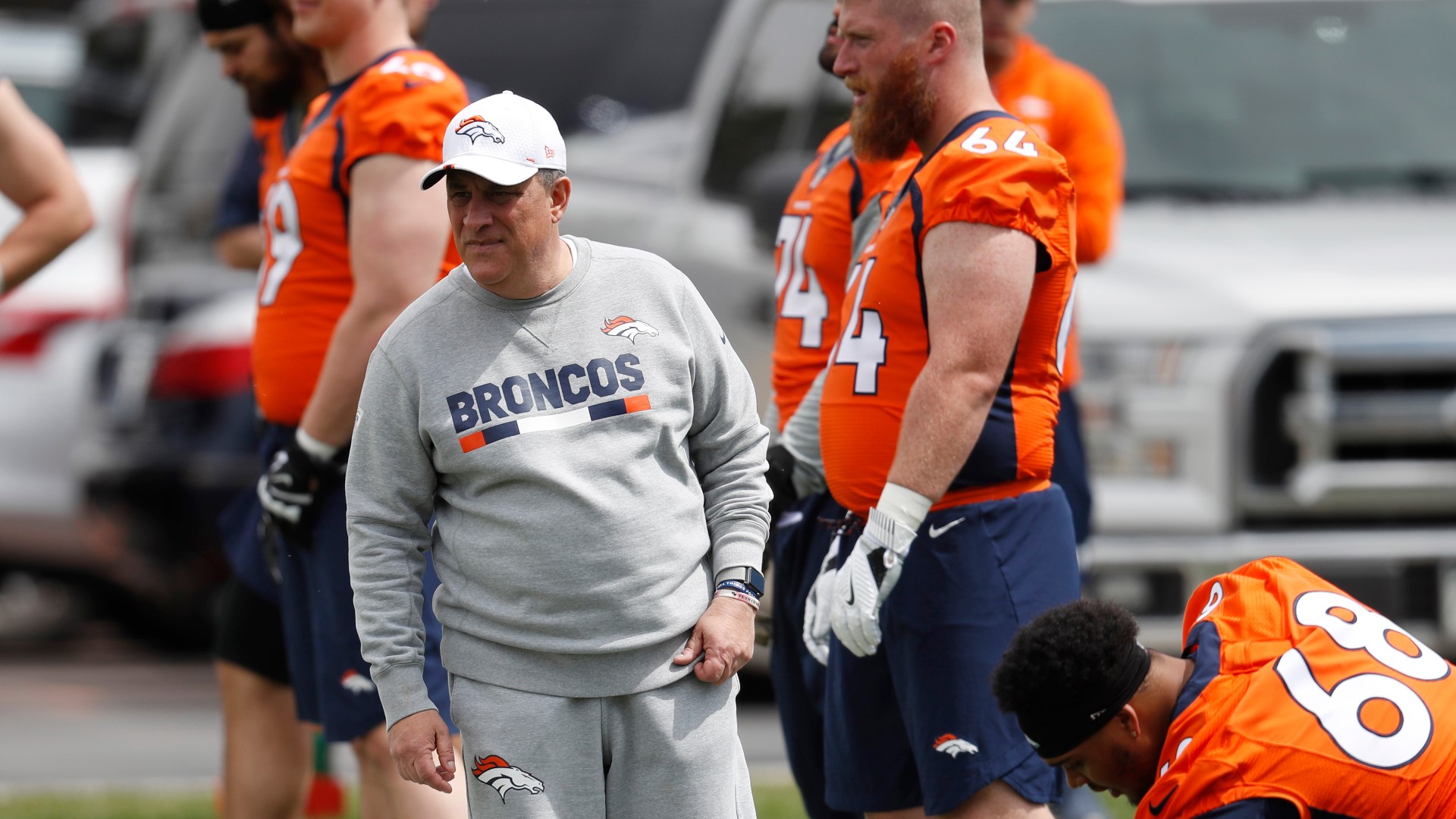 ENGLEWOOD, Colo. — So far, the reviews for the Broncos’ new head coach have been positive from the people who count.

“Coach Fangio is awesome," said tight end Jeff Heuerman. “I really like him and how he handles himself."

Callahan dubbed him, “The Godfather” last year. Bears’ pass rusher Khalil Mack said Fangio has that “Italian Mafia kind of swag to him."

Fangio is proud of his Italian heritage. He does have the look and quiet, mysterious manner of a Boss.

“It’s how he carries himself and he’s always straightforward with you, and stuff like that," Callahan said. “I think he has some sort of mafia background, I don’t know."

He laughed, then added, “just kidding.”

This is still the honeymoon period for Fangio. He hasn’t lost a game, yet. Hasn’t won one, either. But it’s possible Fangio will turn out to be the Broncos’ No. 1 pickup of the offseason — more than Joe Flacco, more than Kareem Jackson, more than  Ja’Wuan James, Noah Fant or Dalton Risner.

RELATED: DU will honor a Broncos legend this weekend

The Broncos still have to sign their top four picks from the first three rounds – Fant, Risner, Drew Lock and Dre’Mont Jones.