Broncos GM interviews could have Elway asking: What do you think of Drew Lock? 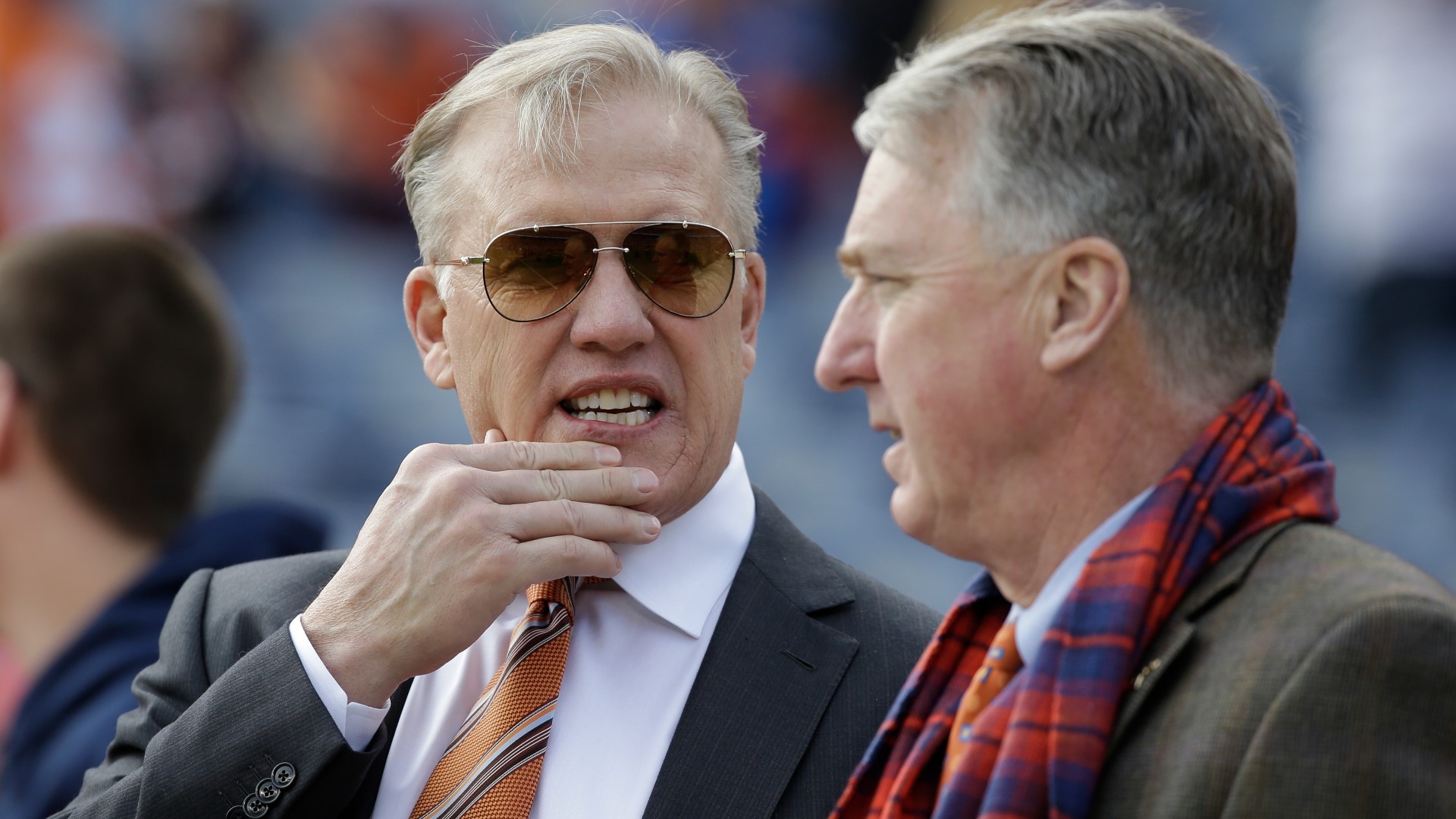 ENGLEWOOD, Colo. — Whatever the Denver Broncos’ five general manager candidates feel about Drew Lock, they should know the quarterback’s greatest ally will be leading the interviews.

Compared to other GM searches, there is some quirk in the Broncos’ process, none more so than their outgoing general manager, John Elway, will have considerable say in choosing his replacement. Ordinarily, the former GM is just out.

All indications are George Paton, the longtime assistant general manager for the Minnesota Vikings, is the Broncos’ GM candidate to beat — providing Paton doesn't take the Detroit Lions' job instead. But if Denver is Patron's choice in part because it brings his family closer to his Southern California roots, he may not want to say during his interview Friday morning, ‘they’re doing it all wrong here, this is the way I’m going to do it.’ He may not want to say, ‘Drew Lock is too turnover prone to be a big winner, we’ve got to do better.’

What would Elway think? To be fair, the five GM candidates – besides Paton, Chicago’s Champ Kelly will interview Friday while the Patriots’ Dave Ziegler, the Saints’ Terry Fontenot and the Broncos’ own Brian Stark will pitch themselves on Saturday — should find comfort in knowing once Elway hires his replacement, he has promised to  remove himself from day-to-day decisions. He will spend less time at Broncos headquarters. He will not hover.

The new GM should also know Elway understands Lock has flaws. Lock has been turnover prone. He too often has over thrown the deep route when an underthrow is a more preferred misfire because a 50-50 ball is better than 0 chance on an overthrow. And it also brings in the possibility of defensive pass interference.

But Lock is also one of the league’s best between the hashes, intermediate-length passers. Outside the hashes, the accuracy has to improve. But Elway believes it will with more reps. A forgotten disadvantage in Lock’s development is he missed 12 weeks of practice as a rookie in 2019.

The change of offensive coordinators in a pandemic second season with no offseason practice and no preseason has been well-documented. But because of his thumb injury in the third of five preseason games in his first year, Lock has missed significant practice time in each of his two seasons.

Lock was the only quarterback given the keys to the Broncos’ offense last year. Elway built the entire offense around his second-round quarterback, adding running back Melvin Gordon and right guard Graham Glasgow in free agency,  and rookie receivers Jerry Jeudy and KJ Hamler in the first two rounds of the draft. Meanwhile, the team signed Jeff Driskel, who has been more No. 3 than No. 2 in his career, as Lock’s backup.

In games when Lock struggled, head coach Vic Fangio never pulled him, even though a decent option developed in Brett Rypien, who put up 37 points in his only start in relief of an injured Lock. When Lock returned from his shoulder strain, he was never in danger of losing his job.

“I’d like to wait to answer that question in total until we get our new general manager in,’’ Fangio said in an interview with 9News this week. “Let him take a look at that position as well as our entire roster. And see what his opinion is.’’ Fangio added to Denver media press group that Lock can be the franchise quarterback.

“He’s going to have to improve, which he knows, and we all know,’’ Fangio said. “We have to eliminate the negative plays and we have to become more efficient in our whole operation offensively. As the quarterback, he’s the leader of that unit.”

Fangio the coach will also be interviewing the Broncos’ GM prospects, along with team president Joe Ellis and public relations guru Guessing here, but the GM candidates will not be presenting a list of head coaches they’d like to bring in. Just because the search has some quirks, though, doesn’t mean the Broncos won’t wind up hiring a quality GM.

It will take a quality GM to fix a team has averaged less than 6 wins a season the previous four years.