Denver Broncos linebacker Alexander Johnson loves dinosaurs, and took on "The Dino" as an alter ego in college. 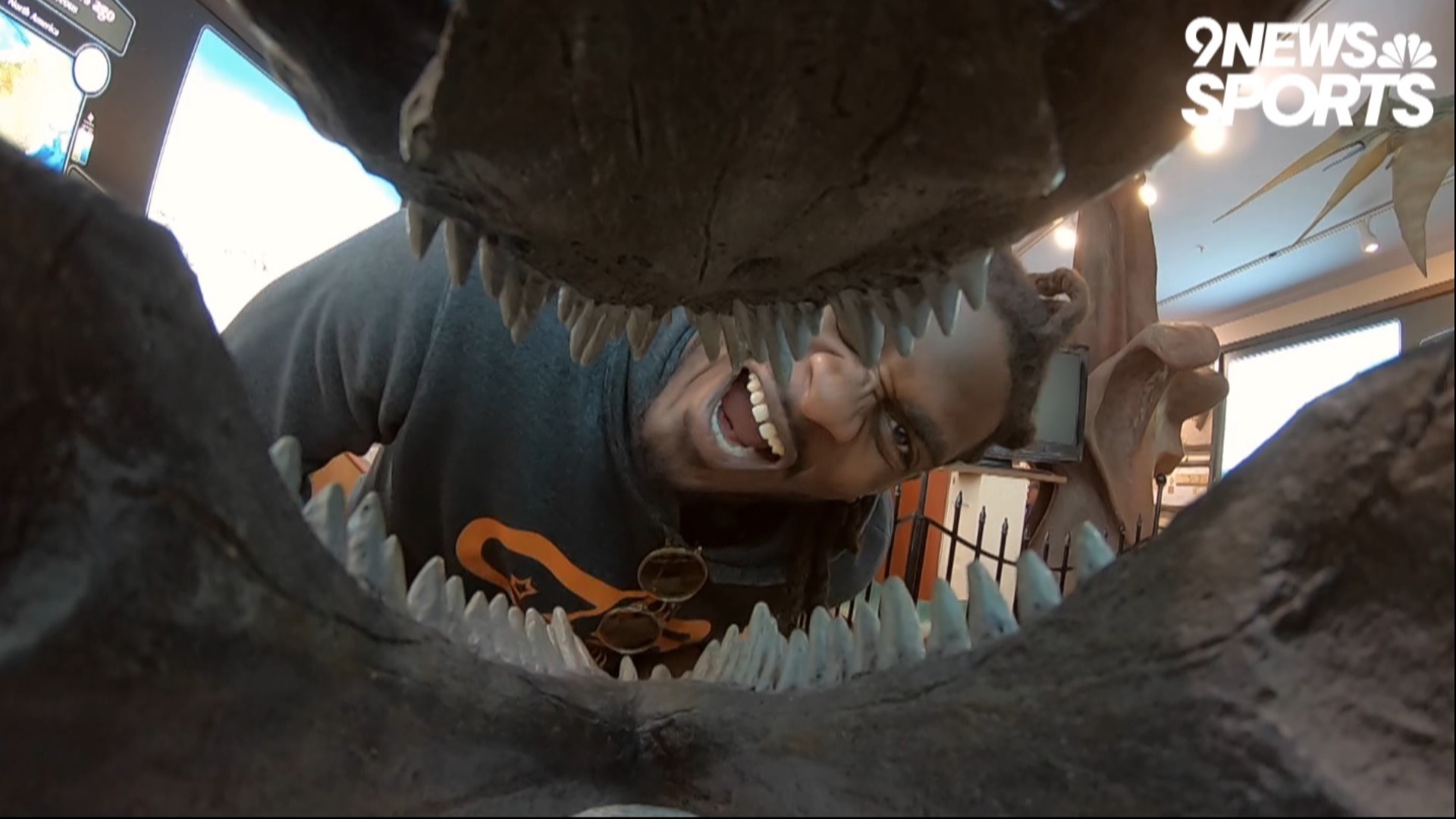 MORRISON, Colo. — It's safe to say Alexander Johnson was in his element at Dinosaur Ridge.

The second-year linebacker who yells dinosaur noises through the Denver Broncos locker room loves the extinct animals, and even took on "The Dino" as an alter ego in college at Tennessee.

"Why not turn into a dinosaur when you're an apex predator going out having fun,?" he said laughing.

Dino has been dynamite.

He set a Broncos record with 41 tackles through his first five starts. Each big play he makes is accentuated with a prehistoric twist.

"I probably started doing that like six years ago, when I was still in college," he said. "It's just something I joke around doing."

Johnson joined the 9NEWS sports team on a tour of Dinosaur Ridge in Morrison to learn more about the creatures he's fascinated with.

"It's just real cool. You see footprints of dinosaurs," he said. "Dinosaurs are roaming our land -- or more like, we're roaming dinosaurs' land."

That's coming from a guy whose job is to make ball-carriers extinct.