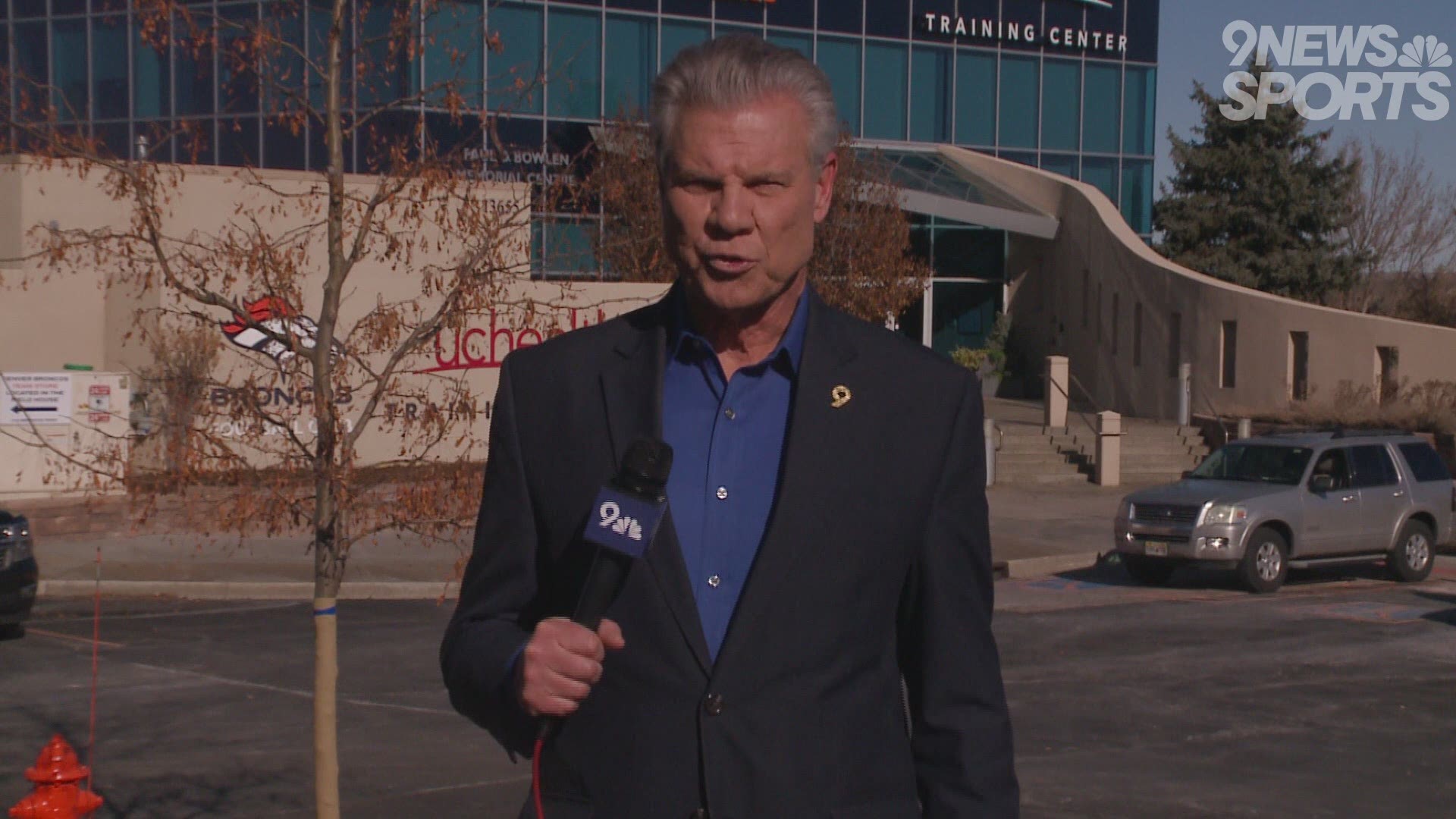 Sitting at one side of a large conference room table was a Minnesota Vikings contingent that included general manager Rick Spielman, head coach Mike Zimmer and offensive coordinator Kevin Stefanski. At the other side of the table, answering questions, was Team Kubiak.

Sitting next to Gary Kubiak, according to sources, were two of his long-time assistants, Rick Dennison and Brian Pariani, and his son Klint Kubiak.

This was January 14, three days after Kubiak shockingly split from the Broncos. The problem wasn’t Kubiak. Broncos general manager John Elway had planned on Kubiak returning as offensive coordinator. New head coach Vic Fangio, who previously had been strictly a defensive coach, was in agreement, although details needed to be worked out.

“We had said that we would talk and that was the extent of it at that time,’’ Fangio said Monday.

The problem, multiple sources told 9News, was Kubiak’s insistence on bringing back Dennison and Pariani as his offensive assistants to set up the blocking schemes in his renowned run game.

A disagreement over staffing explains why Kubiak will be coaching for the Vikings, and not the Broncos, when the teams meet Sunday at U.S. Bank Stadium in Minneapolis (kickoff at 11 a.m. MST).

For full context on the Kubiak-Broncos split, go back to when Kubiak resigned as Broncos head coach because of health issues following the 2016 season. With Kubiak gone – he would return a few months later as a front-office advisor -- Elway did not bring back Dennison as the Broncos’ de facto offensive coordinator or Pariani as tight ends coach.

Two years later, with Fangio hired as the Broncos’ new head coach, Elway wanted to hire Mike Munchak as his offensive line coach, which he did. Kubiak balked. He wanted “Rico” to set the zone-blocking scheme for his offensive line and Pariani to work with the tight ends, who are also heavily involved in the run system.

The Broncos’ organization was willing to work something out with Dennison but it did not want Pariani back, which was ultimately the deal breaker with Kubiak.

One of the best coaches in franchise history left on less-than-amicable terms.

"He did what was best for him,'' said tight end Jeff Heuerman, the Broncos' only remaining offensive holdover from Kubiak's 2015 Super Bowl team, even if he was on injured reserve. Heuerman and fullback Andy Janovich are only remaining offensive players who took snaps in 2016, Kubiak's final year as head coach. "I think this was the best situation for him, his health and stuff. I support him. I’ll always be a big fan of coach Kube. He's always going to have a special place in my heart, especially the coach that drafted you.”

Zimmer wanted a stronger running game and the Vikings wanted improved play from Kirk Cousins after giving the quarterback an unprecedented, fully guaranteed three-year contract worth $84 million prior to the 2018 season. Cousins broke into the NFL with Mike and Kyle Shanahan as his coaches in Washington.

Kubiak’s influence is evident with the Vikings’ offense this season, particularly in the run game where running back Dalvin Cook leads the NFL in rushing with 991 yards – 2 more than Christian McCaffrey, whose Carolina Panthers have played one less game. (The Vikings bye is next week).

Cousins is the league’s No. 3-ranked passer with a 112.0 rating on the strength of a 69.1 completion percentage and 18 touchdown passes against just 3 interceptions.

“He’s doing a hell of a job there up there in Minnesota as you guys saw last night,’’ Fangio said, referring to Kubiak and the Vikings’ 28-24 win at Dallas on Sunday. “Those guys are really good on offense right now.”

"I think he figured out a while ago, rather than just this year, that his system works,'' Heuerman said.

While these numbers suggest the Broncos loss was the Vikings gain, understand Kubiak and his posse inherited a playoff-caliber offensive roster in Minnesota while Scangarello was given a unit in transition.

In the first eight games with Joe Flacco at quarterback, the Broncos typically were efficient early when working with Scangarello’s scripted-play offense, but slumped from there. The Broncos did score 24 points in a win against Cleveland in their first game with Brandon Allen at quarterback two weeks ago.

And there is promise of better days ahead as the Broncos’ top four offensive players are second-year receiver Courtland Sutton, second-year running back Phillip Lindsay, rookie tight end Noah Fant and rookie left guard Dalton Risner. And rookie quarterback Drew Lock is on his way.

The Vikings are 7-3 and 10-point home favorites Sunday against the 3-6 Broncos. Still, the Broncos will show up, just like three 1-7 teams – the Falcons, Dolphins and Jets – did on Sunday before they all got their second wins.

“That’s the NFL,’’ Fangio said. “Anybody can beat anybody in this league.’’

One more fallout from the Kubiak-Broncos separation: Klein Kubiak, Gary’s youngest son, was a Broncos scout who was caught up in the family wash. His contract was not renewed by the Broncos following the draft in late-April. Klein Kubiak is now scouting for the Dallas Cowboys.

Nothing lasts forever in the NFL. But moving on can be good for all involved, even if for some it's not immediately evident.

RELATED: Broncos Mailbag: Lock is most logical answer for 2020