Here's a story, of a man named Harmon. 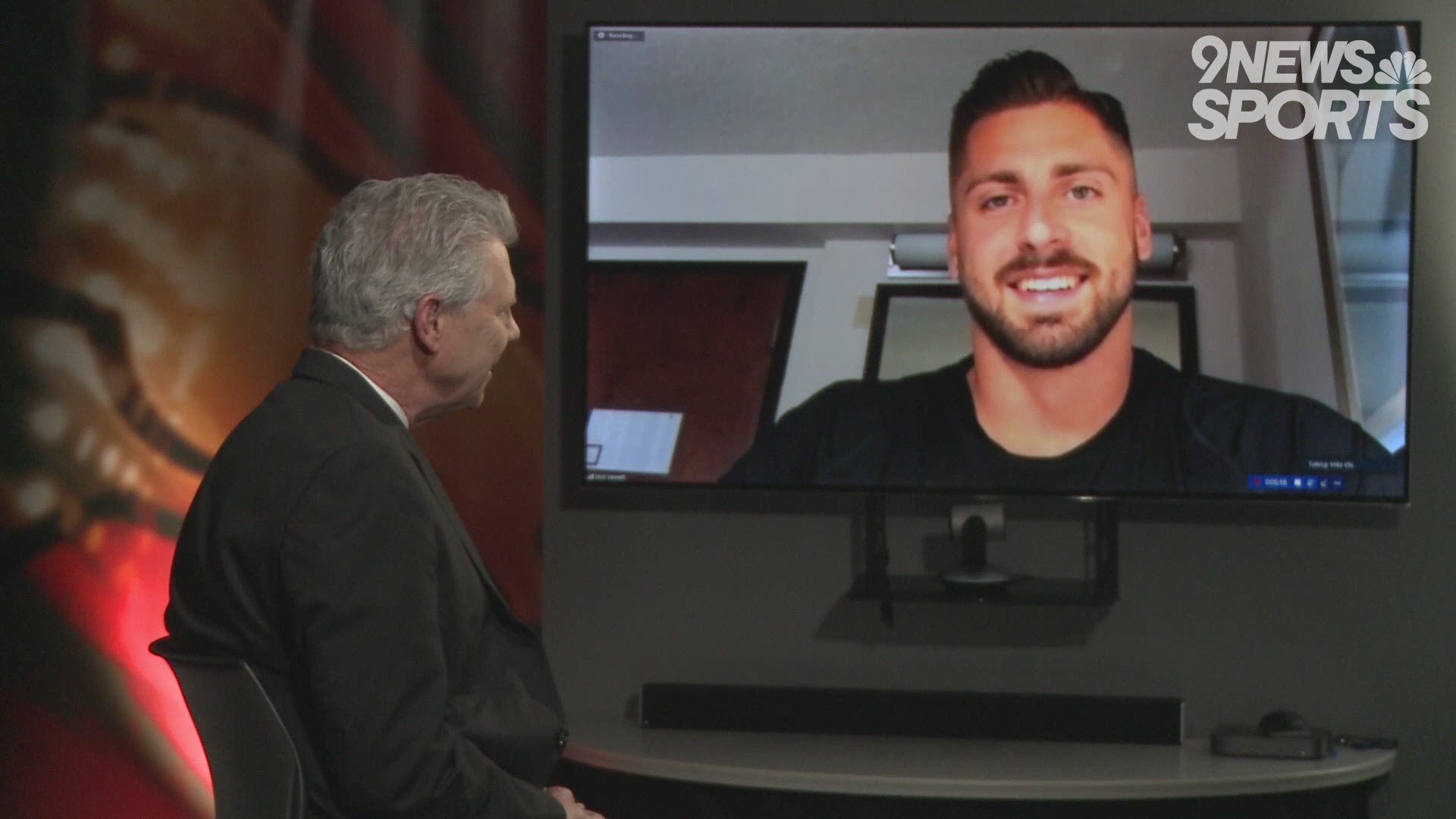 DENVER — There are so many tight ends in coach Wade Harmon’s virtual meeting room, he should begin his daily sessions by playing a jingle.

“We do these Zoom calls and you look at the gallery, it looks like the  Brady Bunch,’’ Nick Vannett, one of two newcomers to the Broncos’ crowded tight end room, said in a private Zoom interview with 9News this week. “We’ve got 9 guys including the coach in there right now. I’ve never been in a meeting room that big before.’’

The Broncos carried three tight ends on their season-opening 53-man roster last year, four if you count rookie Andrew Beck, who initially made the team as a replacement to injured fullback Andy Janovich.

There are so many tight ends on the Broncos’ roster, there are two Noah Fants. Or have you not seen the Missouri highlight tape of the Broncos’ fourth-round draft pick, who everybody calls Albert O. for short, for convenience and for necessity?

“There’s already a lot of talent in that tight end room,’’ Okwuegbunam said in his 9News Zoom interview this week. “I look forward to going against a talented player like Noah. Just competing against each other and making each other better.’’

There are so many tight ends on the Broncos’ roster, there are two Jeff Heuermans. Vannett and Heuerman were teammates at Ohio State. They were both third-round draft picks. Heuerman was the Broncos’ starting inline – blocking and receiving -- tight end the previous two years. His good friend doesn’t know it yet but Vannett is expected to take that role this year.

“Honestly, I don’t know how it’s going to shake out,’’ Vannett said. “Obviously, Noah Fant is going to stick around. Outside of that I think it could go either way. I think right now it’s on us during these times (of virtual meetings), it’s going to come down to the guys who take the most responsibility of trying to learn this (offense), trying to apply it and showing up ready to go during training camp. I think you’re going to see some guys prepared, some guys may not be as prepared.’’

Starting his 24th season as an NFL coach, second with the Broncos. He’s been around so long, he was Shannon Sharpe’s tight end coach in Baltimore in 2000-01. Harmon has also coached the likes of Todd Heap, Dennis Pitta, Ed Dickson, Tony Gonzales, Jacob Tamme, Austin Hooper, Fant and Heuerman.

“Coach Wade, I met him through the draft process (in 2016),’’ Vannett said. “I’ve got a good feel for him and worked out for him a little bit. He’s as good as it gets as far as explaining stuff. He’s not shortening us on any details at all.’’

The team’s first-round pick in 2019, Fant had an impressive rookie season. First, he overcame nicks and bruises to his foot, shoulder and overall health (flu) to play in all 16 games last year.

Fant had more receiving yards than all of them.

“I don’t know how my role is going to go, but I do know coach (Pat) Shurmur does love his two tight end sets,’’ said Vannett, who figures to average about 40 percent of the offensive snaps a game. “When he was with the Vikings it was Kyle Randolph with Rhett Ellison and having (Evan) Engram and the Giants and the things they did with those guys, I’ll be surprised if he doesn’t try to do the same thing here.

“We have so many guys, Hopefully we won’t shy away from trying to have fun with it.”

Beck is a versatile H-back type who is the closest thing to a fullback the Broncos have now that Janovich was traded to Cleveland.

Beck’s versatility was never more evident than in game 15 against the Lions last season when he pulled off the rare trifecta of a reception (1 for 1 yard), rushing attempt (1 for 3 yards) and a pass (1 for 1 for 6 yards when his pitch to Phillip Lindsay was ruled a forward lateral).

Okwuegbunam was Drew Lock’s tight end at Missouri. In one five game stretch during the 2018 season, Lock threw – get this -- 10 touchdown passes to Albert O., 9 TDs in four games.

Fumagalli is in his third season, second healthy season. He was a fifth round draft pick out of Wisconsin who had six catches last year.

Fort had a terrific training camp as an undrafted rookie out of Wyoming last year, but suffered a torn ACL in the Broncos’ Hall of Fame preseason game in Canton, Ohio.

Heuerman is scheduled to make $3.875 million this year in the final year of his contract. The Broncos won’t pay $3 million to Vannett and nearly $4 million to Heuerman so something’s got to give.

It speaks to Butt’s character as a football player and a person that he’s still on the Broncos’ roster even though he’s only played in three games through his first three seasons because of torn ACL injuries to both knees. Most players in his situation would have given up by now, but Butt is taking one more shot.